Wherever I Look
Recaps, Reviews, and So Much More
Home TV Series Thirteen Reasons Why: Season 1/ Episode 12 “Tape 6, Side B” – Overview/ Review (with Spoilers)
TV Series

Thirteen Reasons Why: Season 1/ Episode 12 “Tape 6, Side B” – Overview/ Review (with Spoilers) 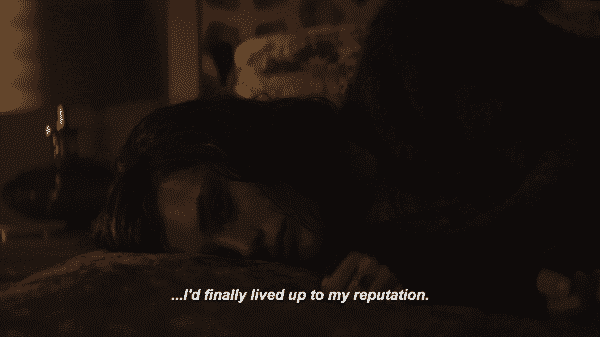 What can eventually break someone? What ultimately kills the flicker of hope? One can ask all these questions but to see it happen to someone, f— heartbreaking. That set of words is not powerful enough. No words are.

Trigger Warning: Hannah is Raped by Bryce This Episode

Bryce raped Hannah. He did it and is unapologetic about it. He believes she wanted it. This is what Clay learns, this is what Clay takes a beating for. Leaving you to hope all his fiddling with his bag was about recording a confession. You know, visuals really put an exclamation point on a story. You can read about someone being raped, but it is different when you watch it happen. It is different when you hear the moans and groans, see the bruises left behind. It is different when you see the victim, survivor, whichever word you prefer, dead in the eyes for that is all the brain can do. It is the only means it can figure of trying to protect its host. Just shutting down as much as possible without killing itself. Yet, as we know, when in doubt the brain will always try to save itself at the cost of the rest of the body. So for it not giving Hannah the power and will to act, it was to blame too [note]Also, another reason Hannah committed suicide deals with her losing over $700 of her dad’s store’s money. Something they desperately need for they are on the verge of being evicted.[/note].

The feelings which make this show devastating aside, can we just note how weird and stupid Clay’s decision to confront Bryce, in his own home, was? On top of that, Bryce, after he beat the hell out of Clay, giving him some scotch and ice? The dude accuses him of rape and after he beats him for it, he sits down, clinks glasses, and they talk about it. As if him giving girls the D without any sort of consent is a normal thing. I mean, people talk about toxic masculinity and the need of consent a lot, but my god is Bryce not a walking PSA for why consent is required and toxic masculinity is a bane to the human species. 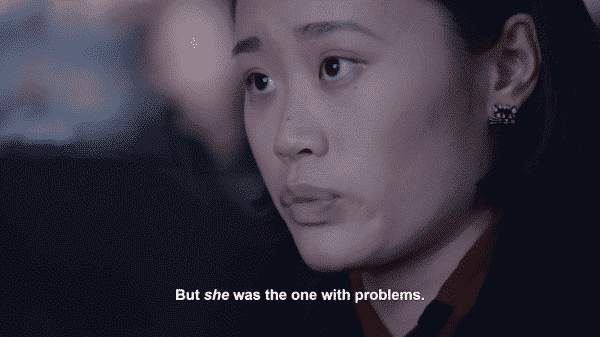 Subpoenas have gone out and Courtney wants everyone’s story straight. Especially when it comes to Hannah being a liar. This must be a universal truth. Yet, Alex doesn’t agree to that. Ryan doesn’t agree to that. Plus with Justin making it fairly public that he believes, knows, that Bryce raped Jessica, and it being heard by people not on the tapes, good luck crafting a lie that is the truth.

But, Courtney tries to press on, make herself the head of this committee and get them to see things her way. However, Tyler has a better idea – take down Bryce. He raped Jessica and sending him to jail could perhaps save them all.

Though, some people have backup plans. Tyler seeming got a gun, Sheri is on the path of maybe turning herself in, and Justin? Well, with him losing Jessica because of this secret he kept, people avoiding his calls, again, and his stepdad nearly choking him, he is at the end of his rope. For without a girlfriend, without a mom who cares, with his friends turning their back on him, he takes money, and assumingly his mom’s boyfriend’s gun, and heads out.

Leaving us, at the end of the episode, with someone being reportedly shot in the head. A 17-year-old male.

I hate Courtney with the passion of 1000 suns and I hope we see her arrested. I’m talking publicly embarrassed type of arrested. Which I know won’t happen, but the things she says and is willing to do to save her reputation. To stay firmly in the closet. Which, I get, is a scary thing, coming out, but the extent she seems willing to go is just a bit psycho to me.

With that said, we are shown two characters who have a gun on them. Tyler, in fact, bought his gun so who knows if he used it on himself or someone else. After all, that boy has been living a life like Hannah’s, minus the assaults and with not even getting a taste of friendship. So it wouldn’t surprise me if he killed himself. Especially considering, out of all the people Hannah accused, only he and Bryce could really catch any sort of charges. Everyone else would just be seen as butt holes.

Leading to the topic of Jessica and Justin. Jessica pours out all the liquor she has been hiding under her bed and it leads you to wonder if she is ready to move on. For, if anything, you’d think she’d be drinking it all now that she knows the truth. But, I guess, similar to Skye[note]who we learned in the last episode cuts herself[/note], she doesn’t necessarily court death as much as she wanted relief.

As for Justin? Well, he too could be seen as a candidate for killing himself but, I see him more so either shooting Bryce or Clay. Bryce because it would mean he did something, anything to defend Jessica’s honor. Then in terms of Clay, well, it is obvious. He opened the can of worms and pushed the subject until there was no avoiding what happened. There no longer was the ability to lie about it and pretend like nothing happened. For while Bryce and his family did so much for him, from buying him clothes to bailing out his mom, he lost Jessica because of him. Plus, at this point, who is his mother? She doesn’t love him so maybe he would have been better off without her. Heck, in terms of his reasons to commit suicide, being that he has no one, and no one wants to prove this opinion as anything but fact, maybe he did kill himself. [note]There is also a moment worth noting between Brad and Tony about Tony’s issues with saying “boyfriend”[/note]