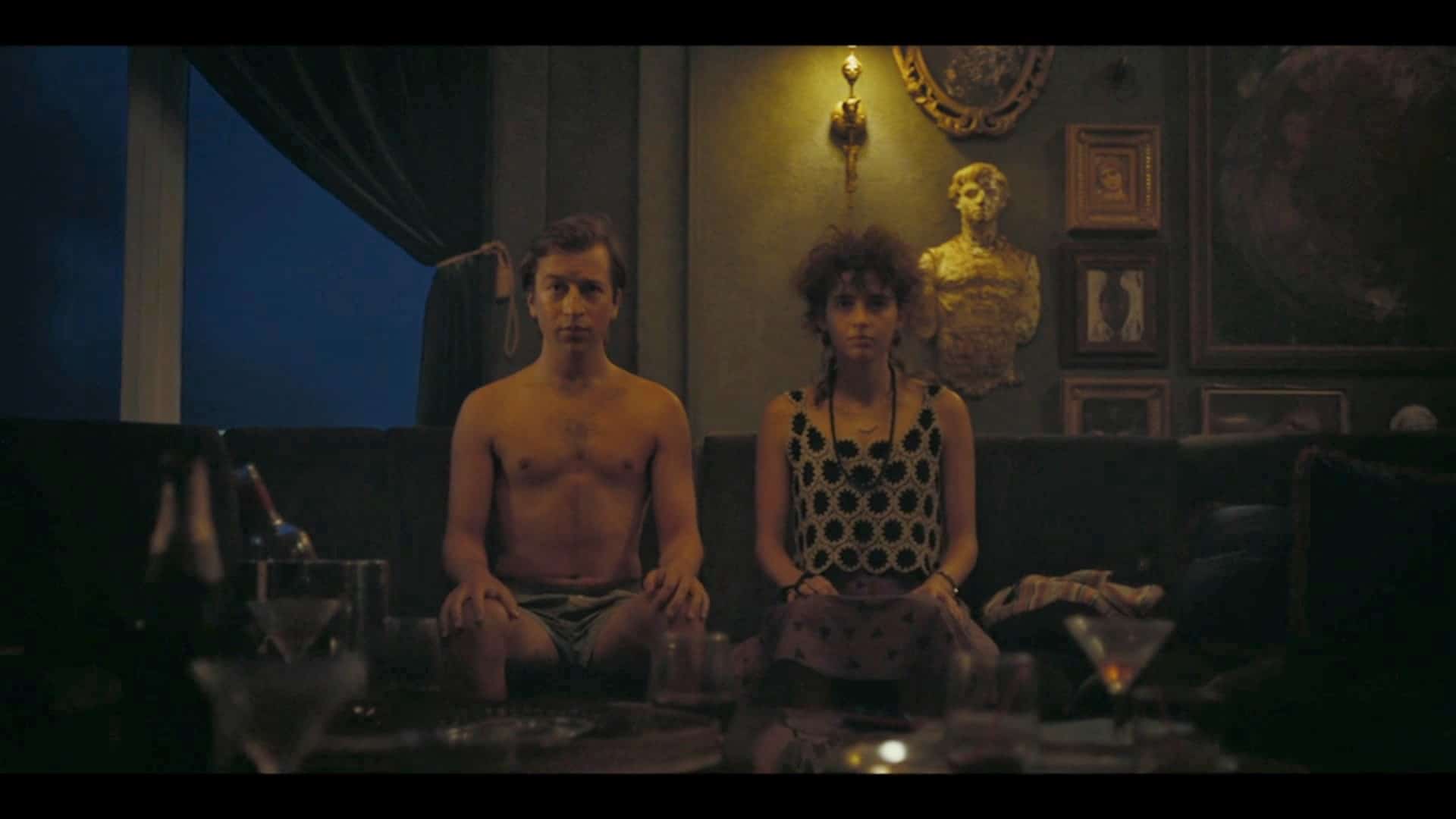 “The Resort” follows up on what happened with Sam and Violet after Alex found them, and Baltasar questions Emma and Noah to the point of new evidence and a personal reveal.

So what happened to Sam and Violet? We still don’t know, but at the very least, we know Alexander didn’t kill them, and they got out of that room thanks to a secret pole escape. But, with Alexander taking Violet’s book, the one her mom wrote in, and thinking the lead character was him, he had a manic moment. One that coerced Violet to follow him to get her book back, and with Alexander having Sam’s phone, he too was in pursuit.

This led to a zany car ride that ended at a fruit stand, where Violet got her mom’s book back after Alexander was spooked by it. However, neither kid got their phone back. That is part of why they went missing, but the bigger issue is Alexander leaving them at some fruit shop, far from the Oceana Vista, with no real clue how to get back safely.

All of this is something viewers get clued into but isn’t something that becomes known to Baltasar, Noah, Emma, or Luna, who joins the investigation. However, more stuff is revealed to viewers as Baltasar pushes for Emma and Noah to open up more. For example, Noah and Emma lost a child who lived for approximately 2 hours. But, to further darken the reveal, we learn Emma didn’t get to see her. Only Noah got to see their daughter, which might be the source of the tension and depression.

Not to be outdone, though, Baltasar talks about how he was born with notable dexterity, which led to him being put to work by the time he was ten. Also, he reveals his father’s death coincided with being overworked at home, picking up detective novels, and abandoning his family. Thus leading to him being on his own until he found Alexander. As for Luna? Luna doesn’t join in on all these confessions, but she apologizes for Baltasar’s pushing boundaries and making Noah and Emma uncomfortable.

However, you could submit that, while his interrogations may not have helped the case, it could have broken down Emma’s wall and allowed Noah to talk about losing his kid. Though with retracing Emma’s steps, and discovering what could have been Violet’s phone, all these breakthroughs, on a personal level, might be set aside due to new evidence.

Unspooling The Mystery Without Losing Your Attention

So now we’re left knowing Sam and Violet are alive, but somewhere on the Yucatan peninsula, likely with limited Spanish between them, no phone, and probably no money. This naturally leads you to believe that maybe these two are alive or, because the Frias family still hasn’t become a major player, maybe they’ll finally get involved? After all, they have existed as a bit of a boogeyman without a face thus far. Emma and Noah had a bit of a brush-up with them and got chased throughout a market, but we haven’t heard much more than ghost stories.

But that could soon be over.

Getting To Understand Emma Further

Emma’s drinking and how her relationship with Noah shifted, it isn’t until now the pieces have come together. Think about it, if you lost a child, and you didn’t even get to see the 2 hours they were alive? To hold them, say goodbye, know they were real? That would mess you up and even create a certain level of animosity.

Which, based on how Emma acts, it seems she doesn’t want to hate Noah since a part of her still loves him, so rather than lash out, she has a wall up. One that, when it comes to Noah, is impenetrable but with Baltasar? He found ways to get past that wall and remind Emma of all the feelings and thoughts she has locked away. And with her talking about closure in the episode, it seems saving or finding someone else’s child is her method of finding healing for losing her own.

The Resort: Season 1/ Episode 5 “El Espejo” – Recap/ Review (with Spoilers)
Overall
“El Espejo” ups your investment in Emma and Noah’s relationship and finally gets us to know what happened to Noah and Sam. Not to the point of knowing whether they are alive or not, but at least that they survived Alex.
Highlights
Getting To Understand Emma Further
Unspooling The Mystery Without Losing Your Attention
Disputable
83
Subscribe to our mailing list Follow Wherever I Look on Twitter and Instagram, Like us on Facebook, and Subscribe to the YouTube Channel.