The Resort: Season 1/ Episode 4 “A History of Forgetting” – Recap/ Review (with Spoilers) 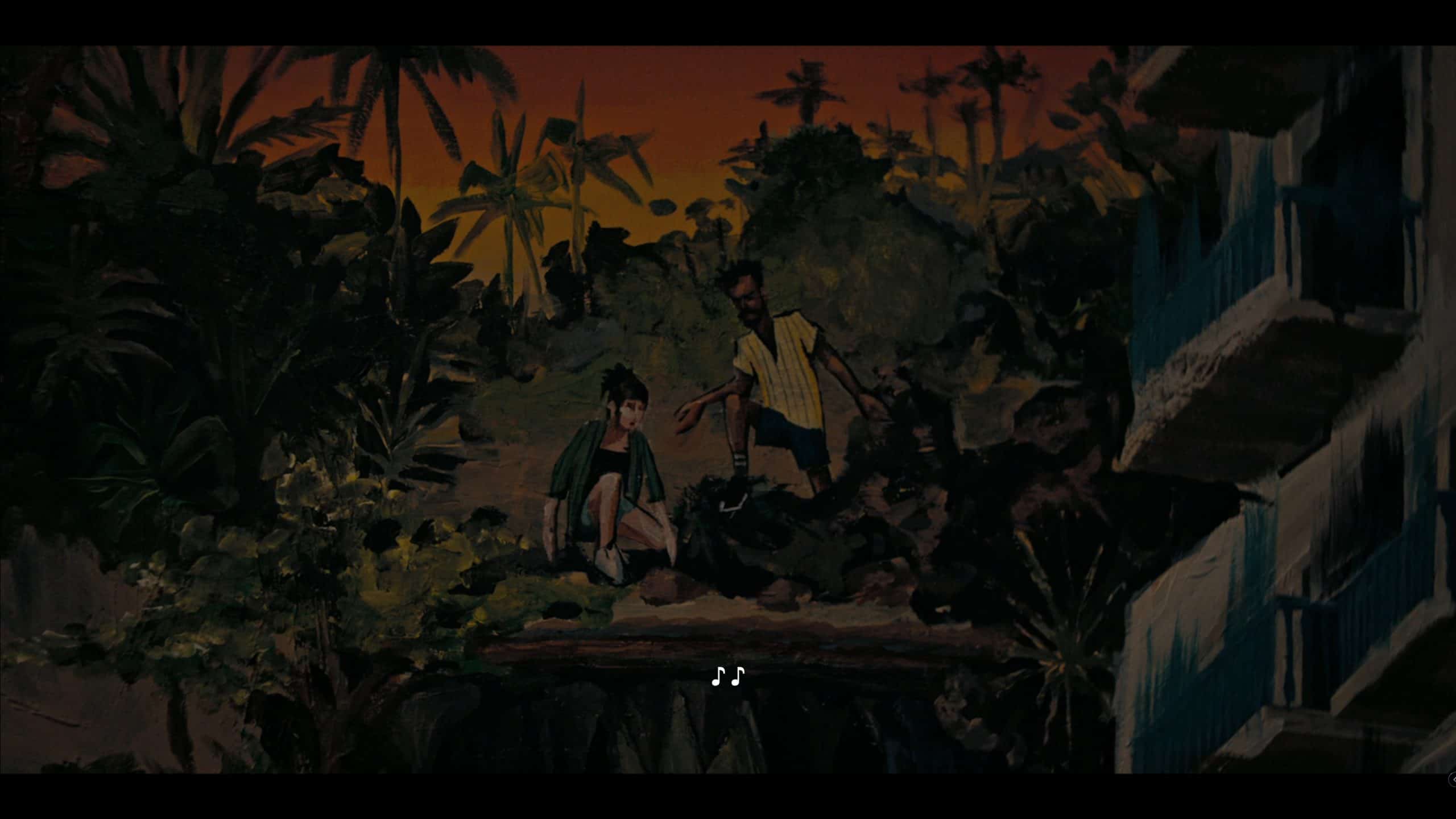 "Emma and Noah in Alex's mural," The Resort, "A History of Forgetting," directed by Ben Sinclair, 2022, (Peacock)

On top of learning who was the unidentified man who died, Baltasar also reveals the history of the Oceana Vista, including its final days.

With Baltasar cornered, he tries to get Emma and Noah to understand he is not like people’s perception of his family. So he tells the truth as he knows it. He begins by talking about Alexander, who created the Oceana Vista from family money or as a hedge fund manager. It is there Baltasar was able to reinvent himself and many others, like Luna, misfits in more ways than one, found not only a job but a home.

However, somewhere around the five-year mark, Alexander began to lose his memories and wits, and with that, repairs, renovations, and bills started to slip his mind, and while Baltasar was Alexander’s right-hand man, there was only so much he could do. After all, he was hired to be head of security as a means to allow Baltasar to live out his detective fantasies.

But, until Sam and Violet’s disappearance, Baltasar handled petty theft and handled marital strife. He wasn’t prepared to deal with Jan, Carl, and Hanna’s drama, and when it came to Murray? Well, again, Baltasar wasn’t prepared. And what didn’t help is Alex didn’t remember a thing from the night he confronted Sam and Violet, and yet they were painted on the mural he used to maintain some of his memories, and he was still in possession of Sam’s skateboard.

Though to damn Alexander, to a certain point, he is shown having blood on his hands the morning Sam is reported missing. Yet, at the same time, security footage doesn’t show Sam or Violet leaving Alex’s room, and there is no conversation about a secret exit. All of this pushes the idea Alex may have done something and doesn’t remember, with Sam and Violet being in the mural as the most significant clue to date.

That is until Baltasar realizes Noah and Emma are in the mural, 15 years after Alex’s assumed death in the hurricane. This leaves everyone to wonder, considering Alex predicted the hurricane would turn and head for the resort and how eccentric he was, could there still be more to this than meets the eye?

Unexpected History of the Oceana Vista

Being that many who worked in the Oceana Vista likely transitioned over to Bahia del Paradiso, getting an idea of who they are, their history, and how they all came together at one point is essential. It helps you understand there isn’t one person or type we should look at. Alexander does seem like a prime suspect, but let’s not discount all the people who would cover up for him to keep their job and protect their families.

Luna, for example, we’re told lost her parents in a car accident and seemingly was disowned for being a lesbian. With that in mind, making sure Alex didn’t get a finger pointed at him, Baltasar as well, would be an imperative for her and everyone else too. Thus expanding the potential suspects, even though Luna and Baltasar are the only ones we know are still around.

No Real Answers, Yet Not Becoming Frustrated

This episode completely skips what happened when Sam and Violet were found, and that could be considered frustrating. However, because we get so many suspects introduced, or just names like Baltasar’s brother, Alonso, it deepens your curiosity. As you see, Alex predicted Emma and Noah showing up, maybe even Sam and Violet at one time, again, intrigue grows.

Add in the possibility of misdirection, for who is to say Hanna didn’t kill Sam and/or Violet if not saw them run off, and “The Resort” just takes you further down the rabbit hole without a desire to question where you are being led to – yet.

The Resort: Season 1/ Episode 4 “A History of Forgetting” – Recap/ Review (with Spoilers)
Overall
With spending an episode looking back, “The Resort” not only introduces new suspects but deepens the reasoning so many could have caused Sam and Violet’s disappearance or covered it up. And while presenting new suspects doesn’t move the mystery forward, it does push you to realize why this case hasn’t been solved in 15 years.
Highlights
No Real Answers, Yet Not Becoming Frustrated
Unexpected History of the Oceana Vista
Disputable
84
Follow Wherever I Look on Twitter and Instagram, Like us on Facebook, and Subscribe to the YouTube Channel.