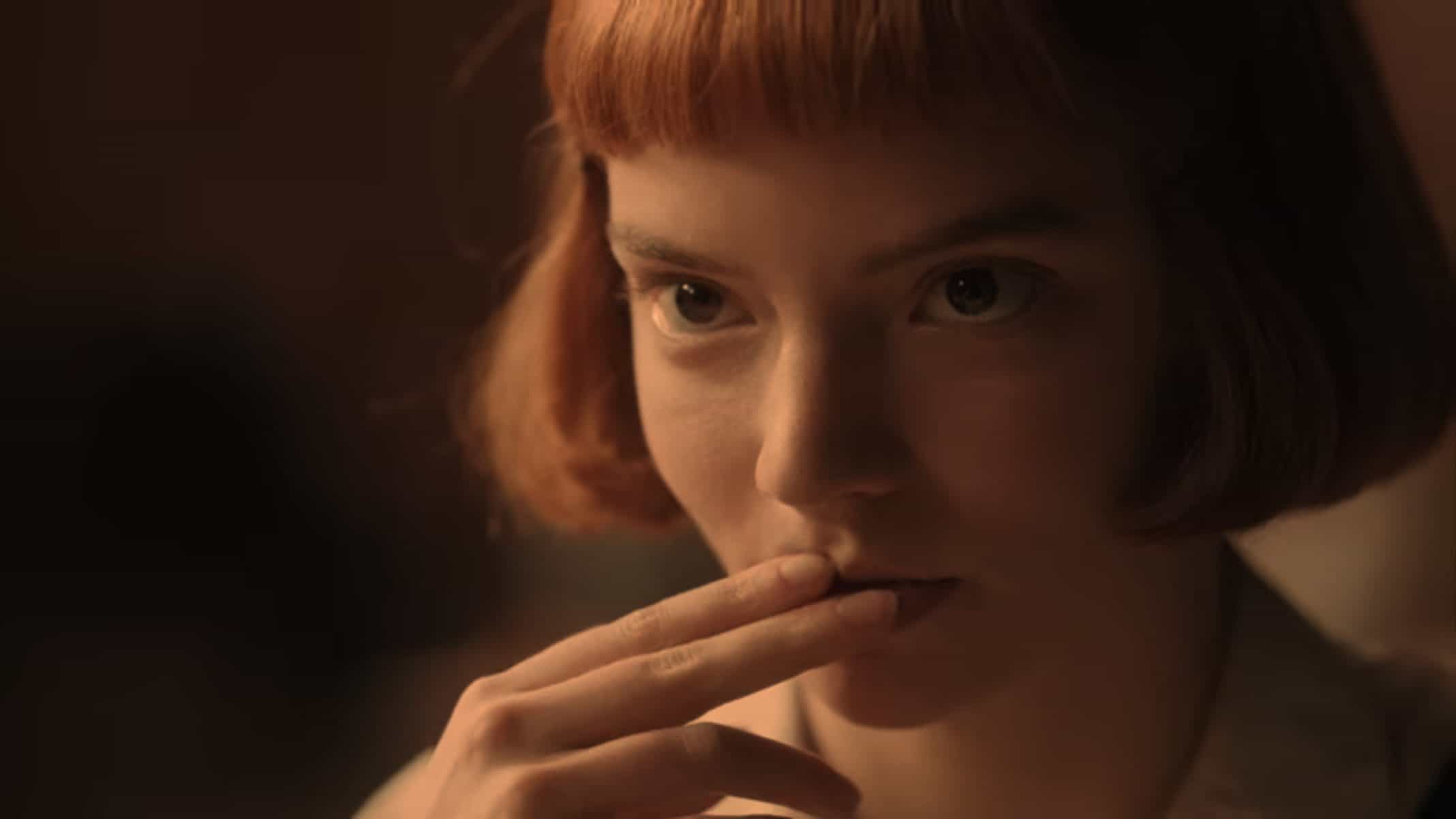 After finding a home, Beth moves on to the next thing she needs to find joy in her life – chess tournaments. The thing she has been deprived of for so long.

It took until she was 16, but Beth finally gets adopted. Granted, it comes with a bit of guilt since Jolene, who lovingly calls her “Cracker,” still hasn’t been adopted, but Jolene knows what’s up. Who will adopt a Black girl, way past the cuteness of the tween stage, that isn’t going to be lied about like Ms. Deardroff lies about Beth’s age? I mean, Jolene can’t pass for a 13-year-old like Beth, who is 16.

Yet, things aren’t necessarily a colossal switch when it comes to Beth. Yes, she now has a family and lives in the suburbs, but some things don’t change. Like when she was a kid, before Ms. Deardroff came into her life, she has an absent father in Allston and Alma? Well, like her mother, she can see this brilliance that is, for some reason, smothered.

Though, unlike Alice, we get to know Alma just enough to know that between the death of a child and a husband on his way out, that’s why she seems ghostly. However, with her emotions not leading to her lashing out at Beth, just sometimes being a bit out of it and not necessarily the mother she could be, Beth is okay with the arrangement. After all, she has her own room, and that’s a luxury that compensates for everything else.

But what Beth really longs for is the ability to play chess, practice, study, and competition. For after the incident that ended the last episode, it seems Beth’s punishment was no more chess and Mr. Shaibel being forced to shun her. However, with her free from Methuen Home, she ventures to her new school to find a chess club, but there was none.

Luckily, while getting Alma’s tranquility pills, which you know Beth eventually stole, she came across a local competition in Kentucky and asked her dear friend Mr. Shaibel for entrance money – which he sent to her! Leading to her first competition in which she faces ranked players like Harry Beltik, and defeats him, alongside possibly making a friend named Annette, another girl into chess, and one Mr. Townes.

Now, special attention is paid to Mr. Townes solely because Beth is at that age where she now has her menstrual cycle alongside an interest in boys. Lest we forget, Methuen was an all-girls home, so while boys weren’t far, they weren’t accessible without possibly getting oneself in trouble. So, at the time, they had to be avoided. Now? Oh, it could be on like the yet to be created Donkey Kong.

Never Realizing How Tense Chess Can Be [86]

Whether you are talking about sexual tension, like what Beth and Townes had, or the intensity between Beth and Harry during their finals match, “The Queen’s Gambit” is doing a lot for chess. Granted, are they making it a bit dramatized? Probably. However, one of the things the show benefits from is it doesn’t really have peers.

Think about it, how many movies or shows, in recent memory, about chess, have come out? Never mind, focusing on a girl’s quest to be a grandmaster? The utter lack of competition to compare it to makes it so Taylor-Joy can have a field day and simply enjoy the process of working.

Of course, not to downplay her being a lead, and having to live up to expectations of fans of the book. However, you can almost see her channeling the pressure all into Beth’s performance, and it makes it so you get that same feeling in your shoulders and neck as Beth wants to prove herself.

It can never be underestimated how much a person can flourish if their basic needs are met. If one has a roof over their head, a version of love that they can accept, food, and even a modicum of support, so much can be done. This isn’t to disregard one’s own initiatives, but the less you have to worry about one’s needs, the more you can focus on your wants.

Case in point, with Alma being who she is, she may not have been Beth’s cheerleader when it came to chess, at first, but once she learned she was good – so good she got in the paper – things changed. Now she is ready to never mind school for competitions and is acting like a manager. Not only that, she did speak on, now that it is just her and Beth, being more like a mother than ever before.

Does this make you wonder why she waited so long, never mind how conditional this newfound desire of motherhood is? ABSOLUTELY! But, it isn’t like the Methuen Home seemed like the place where one had an abundance of maternal love. Plus, who knows, beyond the trauma she left, how much Beth remembers of her own mother. So this could be the start of something new for both parties.

Never Realizing How Tense Chess Can Be - 86%

The Queen's Gambit proves itself to be able to hold one's attention as it dives into the psychological nature of chess as well as has the reigns given to Anya Taylor-Joy, who surely is one to watch.

The last time I saw a film about a female teen Chess prodigy was in 2016, with “Queen Of Katwe” – this movie dramatised the rise of real life Ugandan chess prodigy Phiona Mutesi. Adjusting to the rigours of competition takes its emotional toll on Mutesi, who came from an impoverished background to begin with. Nonetheless, Mutesi was a much more psychologically well adjusted person than the fictional Beth Harmon, and “Queen Of Katwe” is a somewhat more life affirming work.

Beth Harmon has more in common with psychologically disturbed American chess player Bobby Fischer, who was the subject of the 2014 movie “Pawn Sacrifice”. Fischer made headlines during the Cold War as much because of his neurotic personality as his finesse on the board… it’s not a neat fit though, Beth is somewhat more socially savvy and her arrogance is more introverted.

But yeah, Chess is seldom the subject of movies or TV shows, probably due to its cerebral nature.

Another potentially interesting point of comparison are the movies “The Hustler” and “The Color Of Money”, about a talented but troubled pool player. Both were based upon novels by Walter Tevis, who also wrote the source material for “The Queen’s Gambit”.

That’s interesting. From what I’ve read, originally this was supposed to be a movie as opposed to a limited series. Which, from what I see, based off looking up and knowing some of the productions you note, isn’t an investment many make.

Granted, this is Netflix, which sometimes likes throwing darts on the board (which I appreciate – even though I can barely binge watch anything anymore).

Hi Amari! Long time, no post :)! I came here to read your review of The Good Doctor, and found this. So far, I love The Queen’s Gambit! I am actually on Episode 5 now, but I read this anyway because it had been so long since I had read one of your reviews, plus I enjoyed the episode so much I decided to “relive” it. Great review, as usual!! I was also wondering if Alma would become a “Momager” to Beth. And I miss Jolene. (Side note: I could not find the review of the first episode of the fourth season of The Good Doctor. Are you not reviewing or watching it anymore? If not, that’s a shame because you missed an excellent episode Monday!)

My day job had me working the US election so… yeah, Monday evening and all of Tuesday was a wash.