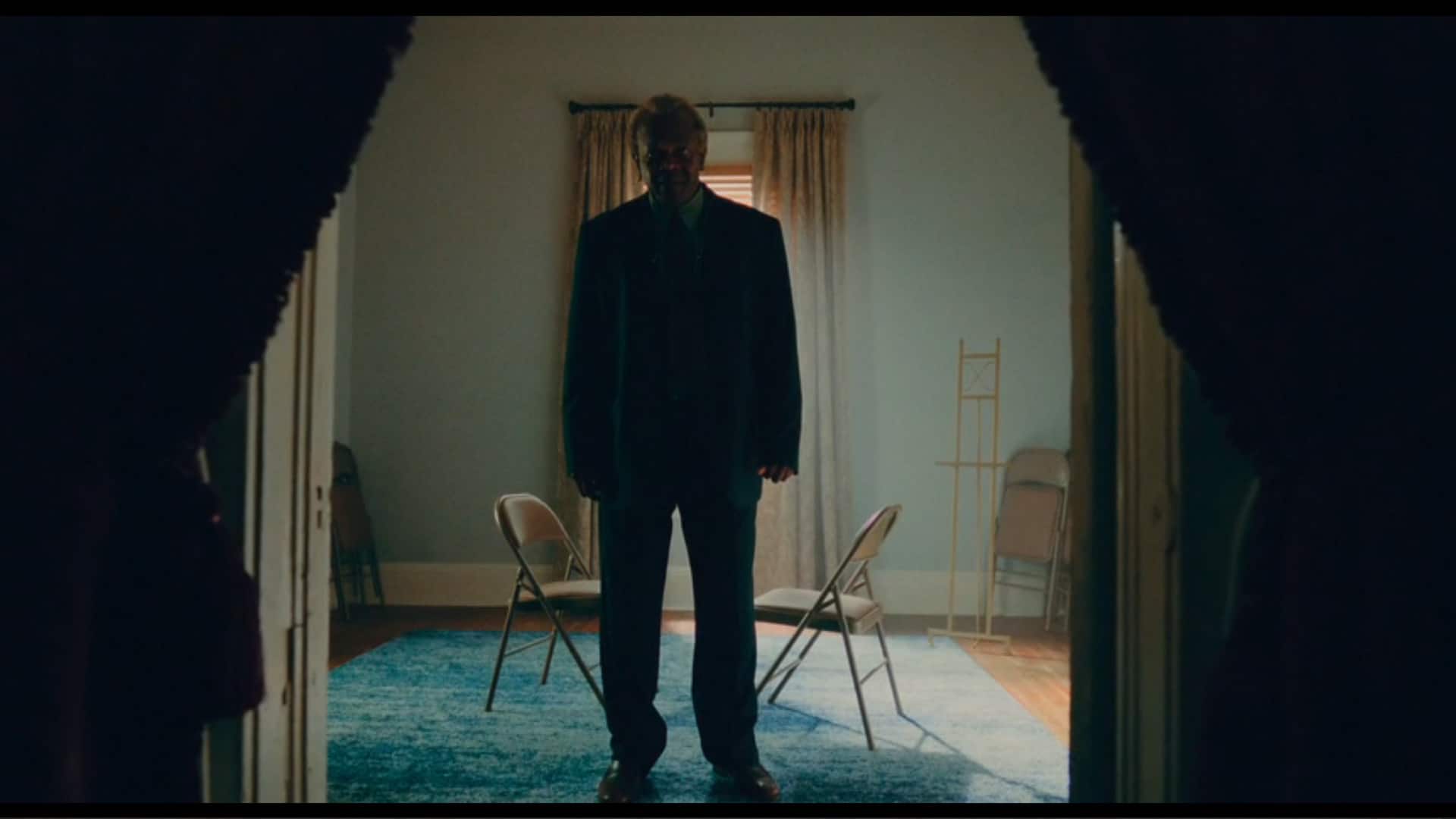 Ptolemy reaches a milestone in investigating who killed Reggie, as signs that his memory is about to fail begin.

How Much Money Do You Have? – Robyn, Moishe Jr., Ptolemy

From what it seems, Coydog’s treasure isn’t just what Ptolemy hid in the floorboards. With a man named Moishe, the senior, not the junior we meet in the episode, he also set aside a coin worth over $17 million. As you can imagine, this is jaw-dropping for Robyn, but the real kicker is that Ptolemy keeps putting more and more pressure on Robyn to handle everything after he dies.

Mind you, Robyn is 17, and while capable of a lot, her potential has mainly been tapped into for survival. Nothing about Robyn till now, including taking care of Ptolemy at his worst, was virtuous and based on her being a good person. Yet, despite hearing that and how he, Ptolemy, is basically doing to her what Coydog did to him, changes Ptolemy’s mind. He continues to put more money in Robyn’s care for her to issue out to everyone from family to people who he cares about due to their kindness towards him or Reggie.

I Haven’t Always Been This Kind or Worthy – Ptolemy, Sensia

Speaking of Reggie, Ptolemy’s eulogy of him comes up, and it leads to a notable reveal: Ptolemy has a daughter. Well, at this point, he had a daughter since she committed suicide, but what matters here is the flaw. For a lot of Ptolemy’s storyline, he was the victim, the witness, and even with Sensia, he was used and cheated on.

However, the reveal of him dumping a woman named Cora for Sensia and abanaoning his child Doris makes Sensia less of a villain and more so Karma’s tool. For as much as Ptolemy was infatuated with that woman, it seems with all his memories back, he realizes all the criticisms about her weren’t wrong. She, Sensia, ran the streets, spent Ptolemy’s money, and kept him hanging on till her dying day. Almost like she bewitched him.

But, the point is, in Ptolemy’s eulogy, here Ptolemy stands, in old age, dying of natural causes, despite all he has done selfishly, and yet Reggie, who did so much for a man who wasn’t his father, just a paternal figure, died by a gun wound. Even though he was everything Ptolemy wasn’t and more.

There Is Something Different About This One – Robyn, Roger, Ptolemy, Nina, Alfred

Love is a curious thing. Robyn, who is perhaps experiencing a healthy version for the first time, sees love through not Roger but Ptolemy. In fact, in a somewhat awkward moment, she imagines that if their ages were similar, she could love Ptolemy romantically because of the man he is. This is brushed off, partly due to Ptolemy drinking whiskey and being 4AM when having this conversation, but it does open the need to talk about Roger.

When it comes to Roger, Robyn doesn’t love him, but Ptolemy sees how they look at each other, Robyn and Roger, and sees love in their eyes. But, at this point in her life, Robyn has too much going on to think about love, no matter how Roger romanticizes their situation and tries to paint the picture she and him are playing out his parents’ love story.

But, while Robyn is thinking about her first love, so is Nina too. The man who potentially killed Reggie, Alfred, met Nina when she was 13, and he was who knows what age. Ptolemy convinces Nina to show up to Reggie’s eulogy thanks to the money being dangled, $5,000 to be exact and interrogates her enough to feel pretty sure Alfred killed Reggie. Maybe in the way, Ezra wished he killed Ptolemy to keep Sensia?

Either way, being that Reggie’s kids are kin, and Nina, in extension, Ptolemy tries to pay off Alfred to stay away from those kids. Though, if you remember from episode 1, it seems the true plan is to murder the man to make sure he stays away from the kids. Even if, as he says, the boy is his and only the girl is Reggie’s.

For the majority of the show, Ptolemy has been put on a pedestal. He has been the man who took care of, even considers himself adopting, this young girl who had a hard time. Also, to many family members, sans Hilly, he has been a father figure of sorts. Add in, despite all this money in coins he has, he has worked all his life, to the point of having a pension; it seemed there was very little about Ptolemy that could be considered bad, beyond his love for whiskey.

That changed this episode. With learning his relationship with Sensia was complicated beyond her quick transition from her ex, never mind him painting himself as a fool in love, we now have this child who was rejected, despite both Sensia and Ptolemy knowing that child was his. Add on their mother died, and that is when they learned about their dad, and there is no means of reconciliation amongst the living? While it was not the kind of bomb that had the effect it could have had, you have to admit it was good for the show to have Ptolemy be fallible. 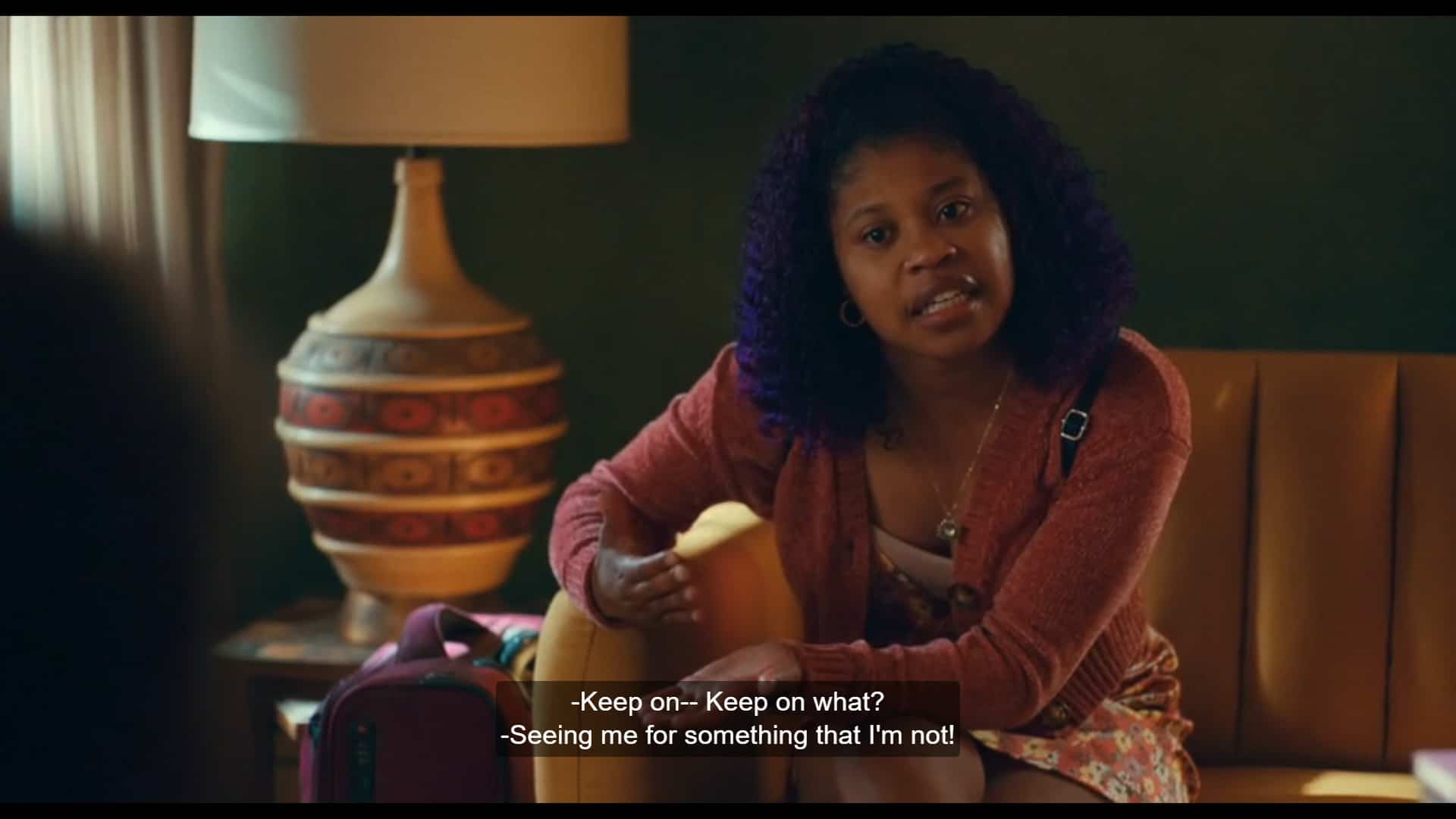 One of the things many a parent or elder may do, which is well-intentioned, is seeing your potential, and rather than foster you to be this person they see you as, they imprint their thoughts and goals on you, which sometimes can set you up for failure. For Ptolemy, he was supposed to save their people, uplift them, and what have you, and he struggled his whole life it seems to honor that wish and execute it. Now, we don’t see crippling guilt regarding it, but you can see he put it off nearly his entire life and now is dumping the task on Robyn.

Mind you, Robyn is barely ready for Ptolemy to die, never mind having over $17 million be her responsibility. Then deal with all these people who will be looking for her to get their monthly check from Ptolemy’s trust. All the while, Robyn has to figure out what she is going to do with her life since survival is less of an issue, and how to thrive is now pushed to the forefront.

Though, considering how some of Ptolemy’s family members are, who knows if and when she may have time to explore who she is, beyond this money Ptolemy gave her?

The next episode is the last episode of the entire series, and it just feels like we’re missing so much. Whether it is seeing Ptolemy’s whole life, including meeting his sister who inspired him to move to Georgia, we won’t get to see any of that. Heck, despite Maude’s name being dropped, who knows if we may see a young Ptolemy fall for her, but the fact we’ve barely seen Ptolemy’s mother is the real travesty to me.

Don’t get me wrong, props to Coydog for helping to rear a kid whose mom I don’t think he was even dating, but as much as this man has played a major role in his life, I feel like his mom being an afterthought is just rude.

With being reminded that Robyn is 17, and her just getting her GED, now I’m looking at Roger funny. He is someone likely in his 20s, in college, yet this barely out of high school girl is his focus? I’m not saying Roger is a predator, but it would be wrong to sidestep all the questions that need to be asked because he knows all the right things to say and has Robyn cheesing.

Like the effort made to show Ptolemy has flaws, the effort to give Nina grace felt rushed. I get it. She has known him for more than a decade and maybe dated him that long, so letting go isn’t easy. Never mind, if he is or was controlling and abusive, that adds another layer to things. However, with a lot of this being told to us, not shown to us, it’s like they are quickly filling in plot holes as quickly as they can, without giving them the same energy as decreasingly interesting subjects, like Sensia. Who, at this point, they can really stop talking about because it’s not doing anyone any favors harping on who she was.

But I digress. Nina feels like a character who should have been featured more, including in an episode that was named after her.

The Last Days of Ptolemy Grey: Season 1/ Episode 5 “Nina” – Recap/ Review (with Spoilers)
Overall
As we approach the final episode, The Last Days of Ptolemy Grey shows the flaws of its lead and its storytelling as it rushes certain details in to try to flesh out some of its characters.
Highlights
Robyn Reminding Ptolemy That He Is Trying To Do To Her What Coydog Did To Him
A Father's Abandonment
Disputable
A Lot Of Details About Ptolemy You Wish We Could Dive Into More
Robyn and Roger
Giving Nina Grace
77
Subscribe to our mailing list Follow Wherever I Look on Twitter and Instagram, Like us on Facebook, and Subscribe to the YouTube Channel.