As June and Harry make a new friend in a local drug dealer name Shane, Elena continues to struggle and Lewis’ past is tiptoed towards.

There is something very fishy about what is going on in Ben’s farm. If it isn’t this final test which has Sigrid so hyped, it is how keenly focused Ben is on Elena. Something which leads Sigrid to some jealousy, and maybe Runa as well. How else would you explain her telling Elena about June also being a shifter? Especially when told not to do so. One can only assume, with Elena being young and Ben seemingly sprung, the last thing Runa wants is to feel replaceable. 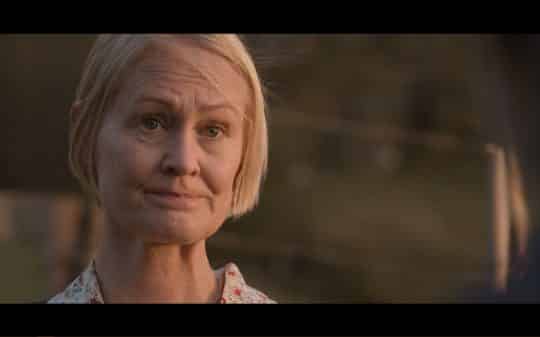 So, more than likely, Elena didn’t make that video on Steinar’s phone right? If not her, who did? Also, is it wrong to think Ben has an ulterior motive? I know not every show needs a villain but there is just something off about him and Runa. Especially her avoidance of talking about a final test. Is that something which may have broken other girls they found? Considering the brain activity, and the stress we saw Elena under in the last episode, the final test definitely appears to be something which could kill the girls.

With that said, how many has Ben seen? Not just in terms of shifters who he tested but considering Runa has shown herself jealous, it leads you to wonder if she was ever given reason to. For clearly his charm is part of the reason the girls stay. Especially through such excruciating tests. Which, considering how isolated they are, it is hard to say if any progress was truly made or not.

It still remains unclear what happened to Lewis, but more and more it seems Doug and Christine were involved somehow. It all deals with a case known as the Pennines Five and according to Harry, his dad was in a coma before he became as he is currently. Also, it seems Doug and Christine got beef for they went for the same position but Doug got it. Why? Well, sexism and racism aren’t mentioned but you don’t see a lot of people of color on this show do you now?

But that little tiff is a minor thing in comparison to what is going on between Christine and John, featuring Ryan. Mostly because the distrust is strong between the two parents since John finds Christine a bit too cavalier about the whole thing. Which isn’t the impression she is trying to give but, her whole life isn’t keeping her child hidden from the world. Which John doesn’t seem to understand but with Christine extending an olive branch by sharing information about the car accident, he reveals he is in London. Making it so, in the future, they maybe work together. 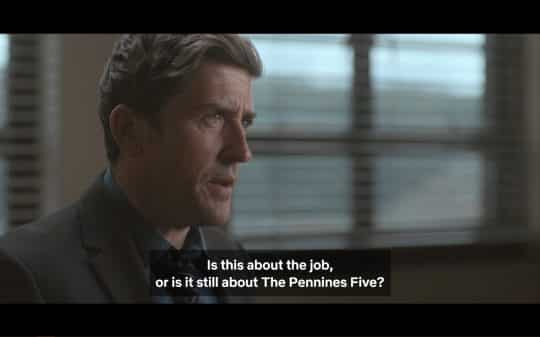 Doug: Is this about the job, or is it still about The Pennines Five?

I fully believe Doug and Christine had an affair the day something happened to Lewis. There is just a weirdness there that isn’t necessarily sexual, but definitely like something fizzled out between them. I don’t know if it is because he got the promotion she wanted, Lewis, maybe he is Harry’s real father, or what. Either way, that mystery is definitely keeping Christine interesting.

As for John and Ryan? The more we see of John from a negative viewpoint, the more I want him to explain himself. Was he just being a protective father who, unlike Harry, just couldn’t imagine sticking by Elena as she shifted or was it something else? From the way he treats Ryan, even after knowing he was in on the runaway plan, it shows he isn’t a complete tosser. He definitely is controlling when it comes to June, but he does have a compelling reason. So here is hoping they dive a bit deeper and don’t ruin this semblance of complexity in the process.

It May Only Get Worse From Here: Shane, Lil, Harry, June, Christine

After spending the night in a playground slide, Harry and June are surprisingly in high spirits. Yes, they have no money, no food, and have to wash in a restroom, but they have each other. Call it being sheltered or young love – take your pick.

However, before deciding that they should risk going for their bags, they run into Shane. Someone who just comes off like this weird merchant who lives in a boat but he ends up being an okay dude. He lets the kids shower, shares tea, and through helping him deal drugs, tries to give them some money. Problem is, after the exchanges, and Shane drugging Harry and June, a fight breaks out. This leads to June’s senses being overwhelmed and her shifting into Lil. Someone who is put in a coma thanks to the whole experience.

But, during the whole ordeal, Harry is, for the most part, by June’s side. He helps her calm down and transform back again, but with calling his momma, you can see he has some reservations. For while he cares for June, there is this fear of her one day hurting him. Yet, all things considered, when they looked like they damn near were going to have sex in that public bathroom, that seemed like the time something bad could of, and would of, happened. So he might be fine. 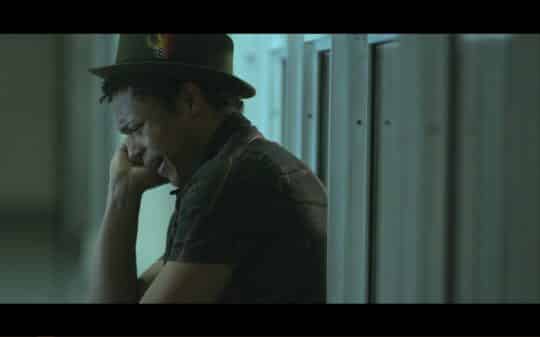 I love Shane and Lil, and I hope we see more of them. For it is clear June and Harry lived sheltered lives. Especially Harry because he didn’t even know the handshake or way to deal drugs which is just, well part of some sects of Black American culture. I’m not sure if that traveled across the Atlantic or not. One thing is for sure, June’s trigger is violence and so you already know between John or Ryan, she is going to shift to one of them. It’s guaranteed. The question is though, how will they be affected. For Steinar seems able to bounce back fairly quickly but Lil went into a coma. Now, we have to factor she was on drugs at the time but there is also the fact Steinar has been subject to the experiments. So maybe Ben has conditioned him to be able to handle that stress on his brain.

Either way, most of the worries from episode 1 have dissipated and I am in love with most of what is going on here. The stuff in Norway, from Ben’s harem and his experiments, is kind of eh, but it does feel like we barely scratched the surface there. So maybe that will get better with time. 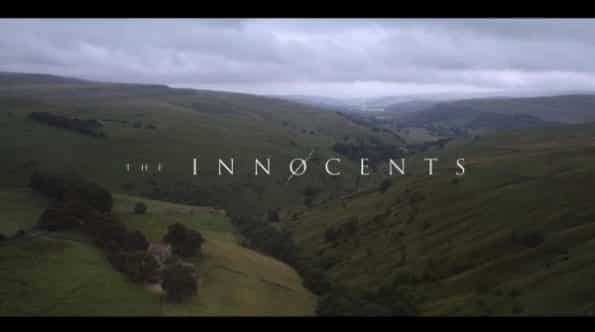