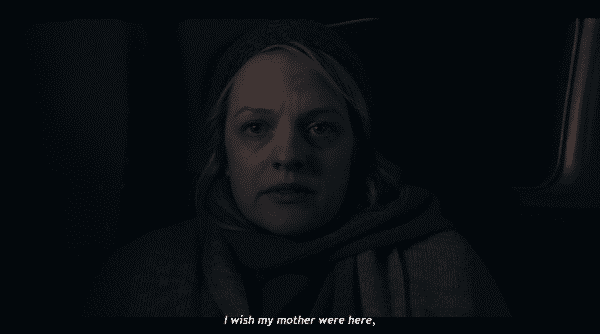 Guilt over not being the perfect mom, nor feminist, haunts June as she reminisces about her mother and how she has been as a mom.

While it appears Erin and Luke continue to do hardly a thing at all, Moira has a job helping people new to Canada as a guide. In fact, she comes across a fellow queer person, a man, and this introduces us to queer life in Canada. Nothing big. Just the idea they are accepted allowed their safe spaces, and able to just be. 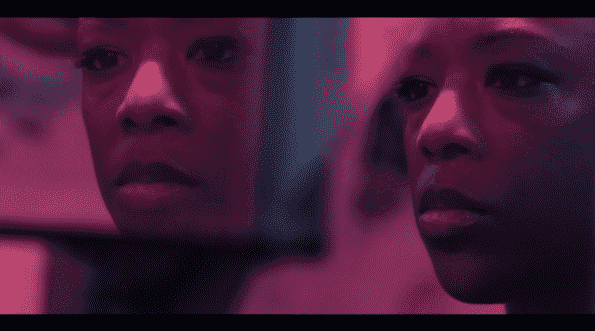 As noted in the valuable comment section of season 1, we have reached a point beyond the books. So, with that, while also recognizing the show presents a far more lax Gilead and world, you have to appreciate that it is starting to expand to show what it was like for certain cultures in a post-Gilead world. Much less, address the trauma outside of June.

Like with the gentleman Moira was helping – A soldier noted as a gender traitor for being under the LGBT umbrella. By expanding things beyond Moira and Emily, and showing how it also affected men, queer men of color as well, so begins the journey of seeing what life was like for people outside of June’s rather small scope.

But, putting a focus on the characters noted, I am rather curious as to why Moira used her Jezebel name after hooking up with that woman? Taking note of the trauma of the soldier, did she find hooking up to bring a bit of a flashback for her and shame or did she just not like when the person tried to make a finger bang more than what Moira wanted?

Also, what the hell are Erin and Luke doing with their lives? They have been in Canada for a while but, with the way this episode made it seem, they don’t really do much but annoy each other.

As we have seen, June has a complicated relationship with being a leader and standing up for more than just herself, but others as well. This can all be sourced to her mother Holly. Someone who was a staunch feminist who had a bit of a complicated relationship with June. They loved each other, of course, but June wanting to marry Luke, her being an assistant editor, things of that nature were a bit of a disappointment to Holly. It even led to her assuming she was settling. Especially since June, as a kid, would talk about wanting to become a Supreme Court justice.

Yet, despite these dispiriting remarks, we don’t necessarily see them fight. June just gets quiet and absorbs the criticism. Which, in modern times, seemingly maybe why, every now and then, she finds herself sparked into action. Her mother’s voice probably echoes and pushes June past complacency or worrying just about herself. It makes her do as she did for Janine and stop injustice.

Something which her mom, who seemingly maybe in the colonies, based off a slideshow picture Aunt Lydia uses, may be proud of.

Feminism is quite complicated and it shows in how June and Holly interact and lead their lives. For June, her sense of feminism is simply being able to do as she pleases and live comfortably. When it comes to Holly, she has a more radical feminism. She takes to the street, protest, and gets a bit judgmental when it comes to women who aren’t joining the fight but are enjoying the benefits warriors like her quest for.

Making things difficult between the two for Holly, so it seemed, still held on, even after decades, this idea her daughter was going to be a champion for the cause on the Supreme Court. Yet, instead, she is looking for typos for some small academic publisher. Which is a weird thing to be displeased about. Your daughter is employed, seems happy with what she is doing, but you downplay that because it doesn’t fit your narrative and ideals. I mean, in comparison, she hears about Moira’s queer site and is bragging her friends that her daughter’s friend is a contributor.

And what we got was just a taste. So imagine how it was growing up with someone like Holly yet not fully inheriting the same drive and spirit? Much less the willingness to take the punishment for your activism. For, as noted, Holly is now in the colonies for trying to maintain an abortion clinic. June, on the other hand, has continued her complicated relationship with feminism.

On one hand, June getting as far as she did was by using, or relying depending on how you see it, the men around her. Something which her mom probably wouldn’t approve of. However, with her being pregnant, having a safety net, as Lydia called it, she did try to use her privilege to save a fellow woman. She also did give Moira the push to save herself. And while, yeah, she nearly abandoned her daughter, the next generation of women, in the episode, again, being a devout feminist in a society which looks as such as terrorist makes it so you really have to pick your battles. For it isn’t just being called a b**** or spat at, it means genital mutilation, being raped and forced to have a child, being sent to the colonies, or simply death.

But, from what it seems, forgiveness remains possible as well as reconciliation. Something which June, in her mind, gives to her mom, for they did have good times. As for how long it would take for Hannah to give that to June, either verbally or just in thought? Who knows.

The Econopeople/ Being My Own Savior: June

When it comes to Gilead, there was a general impression that their power was absolute. That fertile women were Handmaids and that was it. However, then we meet Omar, an undercover Muslim who is also a smuggler, who is part of the Econopeople.

Now, as for who the Econopeople are? All we know is that they are a religious group which seemingly are close enough in belief with those of Gilead that they are given exemptions. They have their own community, women can walk around without escorts or a buddy, though conservatively dressed, it isn’t on the level of Handmaids, and it seems, going by Omar’s wife, they aren’t necessarily supporting the concept of what the Handmaids do.

In fact, it seems they are quite ignorant to their plight. But, being that June has grown tired of relying on Nick, the truck delivery guy, and now Omar to provide her safety, she takes her life into her own hands. Something which perhaps can be seen as an impetuous and foolish act for just as she gets on a smugglers plane, it not only gets shot up but she gets caught and dragged off. 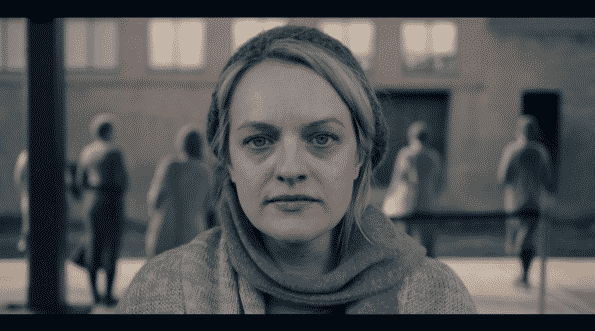 So what exactly makes Econopeople so special they aren’t held to the suppressive regime of Gilead? Granted, there are still heavily armed soldiers around, but their women have more freedom and things don’t seem as tense and old fashioned. Is it really just because their religious background aligns closely with The Songs of Jacob’s mantras? Could this be, like a modern day Amish, or perhaps a reservation, a pocket where local customs are respected as long as they don’t directly conflict with Gilead’s?

Also, what is going to happen to June now? We can assume Gilead soldiers are the one who took her but with her ripping out her tracker, but being pregnant, will where she get sent to? Will it be a holding cell like we saw that woman in? Then, following that, her being reassigned to a commander? Would luck make it so where June ends up in the same household as Hannah? For it would seem odd that, with Hannah becoming more towards the forefront, June wouldn’t end up in proximity to her.

Though there is also the question of how did someone, right across from June, get shot and she didn’t? Especially since those bullets ripped holes through the plane and they were shooting on both sides. June has been quite lucky thus far but surely she isn’t that lucky.

June and Holly in Relation to Emily and Dan

These two dynamics have an interesting similarity to me. Holly is the Dan of the situation and June is Emily and you can see if not envy, perhaps the slightest bit of animosity because of how much easier June has it. Especially since she didn’t have to experience the struggles to fully appreciate it. 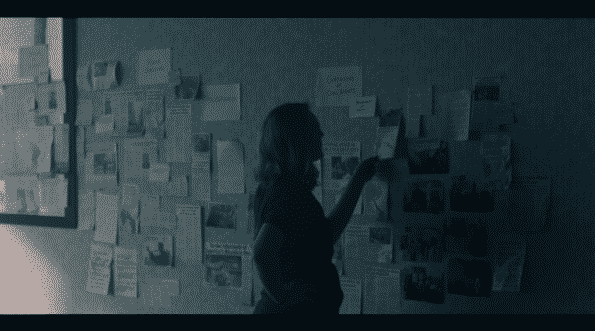