A new chief of surgery comes about, and his style disrupts Shaun’s life as much as a talkative guy when Dr. Glassman gets chemotherapy. 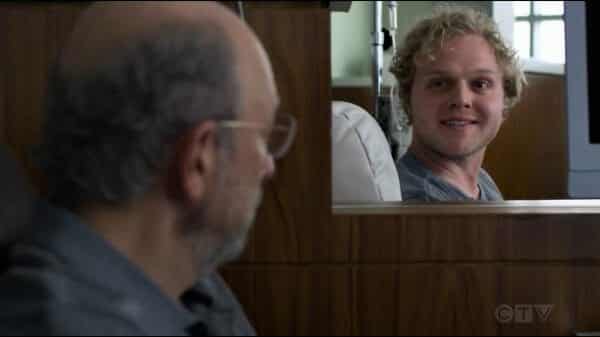 Being that cancer has stripped Dr. Glassman of so much, naturally, he doesn’t want to own his diagnosis or feel like it owns him. Making this very talkative young man, Larry, who is getting chemo next to him, a pain in the behind. Not just because he is so positive, and pushes the idea of community, not even because he is pushy, but the problem with him is that he makes Dr. Glassman feel wrong about the way he handles cancel. Due to that, to some surprise, Dr. Glassman confides in Shaun.

In doing so, he questions how Shaun deals with being autistic, especially due to the new chief of medicine. Shaun’s response conveys he wishes he wasn’t the only one, with the weight of being an example on his shoulders, but being autistic is part of his identity. So while it comes with a few negatives, it is part of who he is and, considering his savant syndrome, why he is able to do what he does.

You Can’t Put The Tumor Back: Dr. Melendez, Dr. Han

We’re introduced to the new Chief of Surgery, and his name is Dr. Han. He is well paid, recommended, and pretty much jumps right in. This rubs some the wrong way since he not only is challenging to residents but staff as well. Take Dr. Melendez. Generally, he doesn’t do preventive medicine procedures, but with a rich patient coming in, he is forced to change his routine.

Why you may ask? Well, Dr. Han seems to be the type who doesn’t like people good at just one thing and they ignore the rest. Also, he realizes that rich patients usually help offset costs for poor patients, so Dr. Melendez is expected to do as told – which he does. He even finds a tumor and ultimately learns, when it comes to making decisions, you can’t always ponder and be patient. Sometimes you have to take action, deal with the consequences and move on. After all, you can’t usually undo what you did.

This Isn’t The Best Line of Work For You: Dr. Han, Shaun 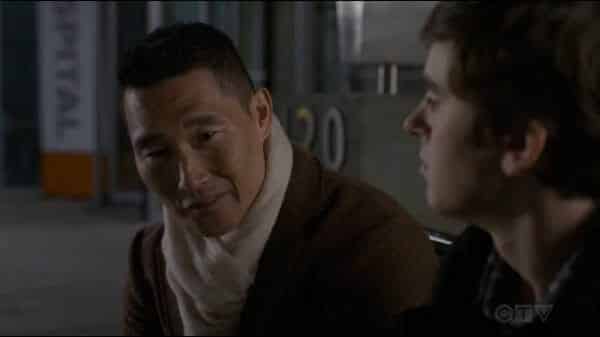 Whenever someone new comes to the hospital, Shaun always ends up on their radar – Dr. Han is no different. The problem is with him, there is no Dr. Glassman to prep Dr. Han and Dr. Han may recognizing the hospital is about learning, but he also takes into account the patients aren’t guinea pigs. So, after Shaun is a bit too honest with a mother whose baby could die, wheels start turning. Especially when Shaun’s savant syndrome kicks in and saves the child.

This leads to Dr. Han deciding pathology would be a better place for Shaun since it has less patient interaction but could utilize Shaun’s savant syndrome. As you can imagine, Shaun doesn’t like this change but, like Dr. Melendez, it seems he may not have a choice. Also, if he pushes back too much, he may go from changing departments to being out of a job.

While, realistically, Shaun isn’t likely to be in a new department and we rarely see anyone in surgery again, a change of environment might be good. For one, most of the surgical staff’s storylines have become a bit stale. So even if we’re given a break, it could make Shaun being transferred back quite nice.

Also, considering how big the hospital is, it would be nice to meet some of the other staff members. Especially since the show has increasingly pulled back this being all about Shaun little by little. So getting to know some nurses by name, and them being around enough for it to stick, that’d be cool. Heck, seeing the people who run the lab again, who have been absent all season, could help this show transfer into an ensemble and maybe make it so Highmore could get to direct and write more, without maybe getting overwhelmed? 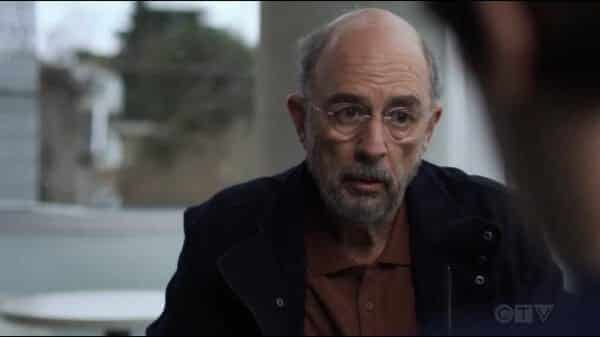 As Shaun has experienced countless times, being someone with autism, even with savant syndrome and being high-functioning, it leads to difficulties. The kind which attracts being discriminated against and people making things hard, on top of Shaun’s own attempts at trying to be comfortable while making others comfortable. Yet, despite the challenges being autistic presents, Shaun owns it.

There is something really beautiful about that since there is a universality to it. For many, be it race, sexuality, gender, among other things, you are faced sometimes with setting precedents in the situation you’re in. For Shaun, it is showing people with autism can be doctors, can be in the medical field, and are capable of adapting. Yes, it requires effort, but they are capable of it, and while being this one thing makes things difficult, it is part of who they are. Rejecting it isn’t really helpful because they can’t feasibly change it. It’s either they own it or let it own them.

But it was also a good thing for Shaun to bring up since it gave us an opportunity to see Dr. Glassman talk to Shaun in a way he rarely does. During most of their conversations, Dr. Glassman challenges Shaun to think critically or hone on his social knowledge. In this situation, you get the rare opportunity of Dr. Glassman looking to Shaun for insight, to help him understand, and perhaps see Shaun beyond their almost father/ son relationship. Something Shaun may not notice but was quite a highlight to me.

Larry Could Get Annoying Quick

While Larry can likely be adjusted by talking more about the life he is missing, if he is going to step into Dr. Glassman’s life and be an annoying sidekick, I hope he brings something good. Right now, his energy and pep, it’s annoying. It’s Shaun annoying, without the charm, backstory, and the story we’ve experienced thus far. But, considering chemo is something that’s been mentioned for awhile, but hasn’t been happening, they have to fill out the cast of characters for that now don’t they?

Right now, I’m hoping like Morgan, who kind of reverted back to her old ways this episode, Dr. Han is the type who grows on you. Him coming in like a hurricane left me feeling a bit uneasy, but one of the obstacles he side steps, compared to Morgan, is nothing seems personal. Even moving Shaun to a different department seems to be about keeping Shaun and his skills but taking note of what he has and can do vs. pushing his limits.

After all, in the long run, the people who are getting tested on for him to do so are patients. People in life or death situations and Shaun has, repeatedly, been a bit too blunt, unfiltered, and that has caused complaints. The last thing Dr. Han would want is a lawsuit against Shaun which attracts negative attention and then having some weird Jared situation where he has a troublemaker he can’t fire. For in trying to fire Shaun, you can bet a rights advocacy group could and would get involved.

Larry Could Get Annoying Quick - 70%

A new chief of surgery comes about, and his style disrupts Shaun’s life as much as a talkative guy when Dr. Glassman gets chemotherapy.

Thank you! It took a little bit to setup, and still needs some kinks worked on, but I thought it was a good move.

On the topic of the medical board review, I think they have sort of played down how important and life changing that could be. Especially for Shaun for it isn’t like he hasn’t had incidents before what happened in quarantine. There was the mistake he caused in the season 1 finale, and while he has been a great surgeon, as you’ve said, unfortunately it only takes a few notable mistakes and a person can lose their license.

So I’m thinking, as you said, Dr. Han could be thinking that putting Shaun in Pathology could keep his nose clean before maybe returning to surgery. For, all things considered, while Shaun’s bedside manner doesn’t rub some people the right way, there have been occasions when people appreciated him being blunt and straight forward.

We can only hope since there are only three episodes left. At least if Freddie Highmore’s contract still limits the show to 18 episodes per season.

First, let me say how much I like the new design of this website!! It’s so much brighter and more streamlined, thus making it easier to read! Very nice!!!

I forgot about that medical board’s upcoming review. Good point! So now I doubt Dr. Andrew’s would take a chance and overrule Dr. Han’s decision about Shaun. And Shaun probably should be out of the way in pathology until after the review.

Let’s remember though, Shaun, like Dr. Lim and Dr. Melendez, is being reviewed by the medical board. So imagine a patient making a complain during this time. It would pretty much kill the case for him.

I’ll start with Dr. Glassman. Simply put, instead of watching “The Adventures of Glassy and Larry”, I’d much rather watch Dr. Andrews and Allegra have a much longer conversation that includes something about each of their personal lives. Of course this will never happen, but a girl can dream! Btw, LMFAO at “It’s Shaun annoying, without the charm, backstory….”

While I enjoyed watching Claire be The Patient Whisperer again, I agree with you that, for the most part, putting Shaun in a new department for an episode or two would be a nice change of pace.

But I disagree with you that Dr. Han moving Shaun to Pathology seemed o.k. (I think that’s what you were saying. My apologies if I misinterpreted it.) There are doctors whose bedside manners are horrific (I had one when I had heart surgery a few years ago), but nobody thinks they shouldn’t be surgeons. Shaun has saved so many lives in the operating room, so taking him out of there is a mistake that I hope Dr. Andrews overrules.