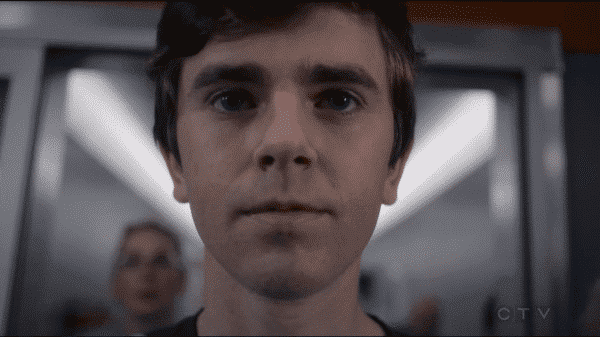 What begins as an episode showing our favorite residents rise to the occasion leaves them all with hard lessons to learn. 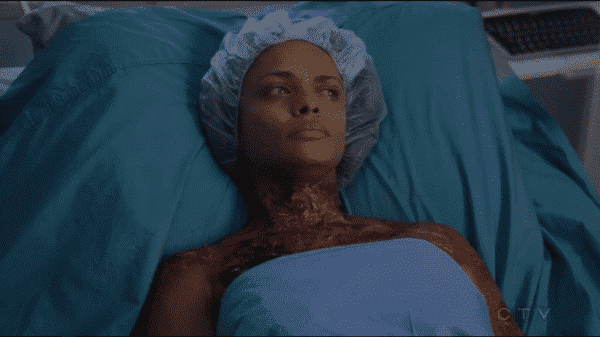 After a bus crash which affected over two dozen people, everyone gets assigned with someone to help. For Jared, it is a burn victim. Someone who was always the bridesmaid and never the bride. Dreams seemingly dashed as most of her chest and left arm got burnt to the point she sees herself as Freddy Kreuger. Which, being that Jared doesn’t have the calming words Claire has, leads to him only finding ways to exacerbate not only the woman’s physical pain as he removes scar tissue but her mental and emotional pain as well.

Thankfully, Claire gives some advice which leads him to remember there is more to being a doctor than following procedure. However, in pursuit of going the extra mile, he comes out of pocket for some experimental burn recovery. Something that is a slight red flag for Dr. Andrews, who is working with Jared, since it dances upon the line of what is and isn’t appropriate.

What Is Love, And Will It Hurt Me?: Jessica, Dr. Melendez, Shaun, Dr. Glassman, Claire

For Shaun, his victim is someone whose leg, femur to be specific, is obliterated. On top of that, he is bleeding excessively and it is to the point where Shaun doesn’t have some magical, out of nowhere, idea on how to save it. He pretty much thinks it is amputation or death.

However, Claire is an optimist and thanks to the hospital having a 3D printer, they print out a femur. Problem is, when the parents and wife to be are approached about this, there is a split decision. Despite a minor chance of dying, the mom is against the idea of the surgery and putting in the 3D built titanium femur. The fiancee, on the other hand, she is for him keeping it for without it, she fears the state of his sobriety will turn for the worse.

You see, both know different versions of this young man, or rather different secrets. The parents know he cheated on his fiance, with an ex-girlfriend, a month ago. The wife-to-be knows he is an addict and being an adrenaline junkie replaced him being a destructive one. This battle leads to Jessica calling in a judge and the judge making the call to place the titanium femur in.

Leading to why the topic is named what it is: Love isn’t just a conflict for the patient. As seen in the past, Jessica and Dr. Melendez do love each other but fairly often butt heads. This time around, it isn’t because of them messing with each other’s work but planning the wedding and believing who owns the decision when it comes to the patient. Melendez shows himself as more traditional by saying he wants a church wedding and since the patient was not married yet, the decision lies with the parents. Jessica is the opposite and thinks a beach wedding would be nice.

There are a few others things to mention. First and foremost, Claire is not given proper credit for the 3D bone idea. In fact, be it mockingly or not, Dr. Melendez keeps pushing that it was Shaun’s idea. Which is understandable but considering the way Melendez acts sometimes, you got to wonder if he is being low-key sexist.

Leaving Shaun. Love isn’t just about battles here. In a sort of follow up to Dr. Andrews bringing up love, or having a girlfriend, a few episodes back, Shaun is asked his opinions of love. Of which he isn’t for it. Reason being, everything he loved has died. His bunny, his brother, and with that in mind, he isn’t trying to add to that list. So he rather avoid love than seek it out. 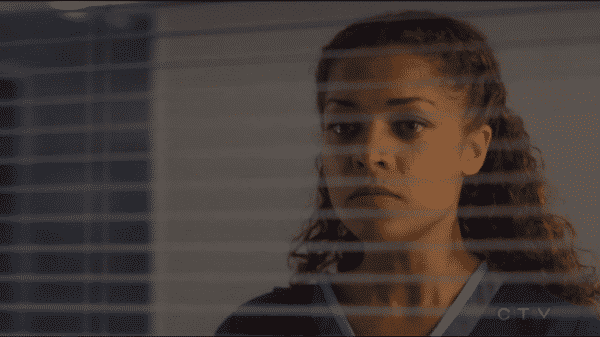 Jumping back to Claire, while she provides a stellar option for one person’s life, and seemingly rescues another, seemingly is the keyword. Unfortunately, while she rescued someone not found, drilled a hole in their head at the crash site, and was really doing stellar with Jared and Shaun, her patient died. Apparently, something she did during the intubation process eventually led to the person choking, I believe, and later causing them to become brain dead.

That is Claire’s first death and it hits her hard. To the point, Dr. Glassman helps her realize that isn’t necessarily normal, but it can and does happen. Leading to, naturally, him giving his own story. But as for whether losing someone, based on a simple mistake, may affect Claire’s usual optimism? We’ll have to wait to see.

While I won’t pretend this show has given us the most memorable patient stories, perhaps its only flaw, this episode does make it seem that as time goes on, they are going to really pack a punch. Especially in terms of them being stand alone, not made to help us discover more about the main cast, type of stories.

Excellent Mixing of Praise and Criticism

From Dr. Melendez, Dr. Andrews, to Dr. Glassman, we got an excellent balance between tough love, compliments, and mentor moments. Of which the top is a battle between Dr. Andrews and Dr. Glassman. Dr. Andrews for it seems clear now that he is in no way Dr. Glassman’s or Shaun’s adversary. He truly wants the best for the hospital and for any and all patients which walk through the door. So his being hard on Jared wasn’t so much a reminder of past cruelty as it was him not being in the mood to deal with someone’s naivety yet still admiring their passion.

Then with Dr. Glassman, it was just nice to see him dote on someone besides Shaun. Especially since, while Shaun needs a lot of time and attention, Claire does too in a way. Like Shaun, she can have savant moments but then comes where they are the opposite. Claire is a very empathetic doctor and while she has good bedside manner whether things are good or even bad, she hasn’t handled death yet.

Which, as good as Melendez and Andrews are, only Dr. Glassman, I can imagine, handling that with Claire in such a way to both keep her from getting into a funk about it but also addressing it as a serious thing.

Building Up on Shaun’s Trauma

You could tell that between Jessica and Dr. Melendez’s arguments about parents never abandoning their child to the topic of love, Shaun was going through quite a mental rollercoaster. Which led to the question for me, did Dr. Glassman ever explore therapy for Shaun? Even before Steve died, there was still everything that Shaun’s parents did and his father’s abuse. Something, combined with his autism, kind of helps explain many of Shaun’s neurosis. Maybe even why some things like sarcasm are new to him.

For while Dr. Glassman surely did what he could for Shaun, I imagine Shaun isolated himself. Which isn’t to say someone didn’t probably try to break the ice and befriend Shaun, but apparently none of those attempts took. So here is hoping between Claire, Lea, Dr. Glassman, or a professional psych doctor, Shaun actually addresses his trauma. Especially since I truly believe his parents are bound to show up sooner or later.

Creates an Interest In Future of Medicine

With most shows like this dealing with the doctors’ drama amongst themselves, the patients, and the rest of the inner workings of a hospital, you kind of miss out on how interesting medicine is. Especially with how graphic this episode was. For with seeing the insides of a person’s thigh, hearing about 3D printed bones and using tilapia skin for burn victims, this episode really pushes you to be curious. Maybe even inspire you to do research about how doctors are doing these procedures in real life.

No Follow Up From What Happened In The Last Episode

There is no mention of Evan, no repercussions for anything Shaun did, and with love is off the table, it does bring to question what hope is there for Lea and Shaun?

Thank you for the great recap! Very few websites are recapping “The Good Doctor”, and you do a super job! I didn’t mean to be so late posting a comment, but I have an autistic daughter, and she takes up a lot of my time. Side note – The actor playing Shaun Murphy (I can’t remember his name) is fantastic at portraying(sp?) someone on the autistic spectrum. Anyway, keep up the good work!

First episode that didn’t lead to any tears? I thought I saw Claire cry when she talked to Aaron about the intubation problem?

I meant tears for me.

Definitely my favorite new show of the season. Though I am having a hard time imagining how it is going to fill a 20+ episode season order. This seems like a 10 to 13 episode kind of show.

It is a 13 episode season according to IMDB.

The more, the merrier. Hopefully it will be as good and run as long as House. :D

Is it terrible to say I’ve never seen House? Scrubs was my favorite medical show, back in the day, and that gave me all my doctor drama. Though I’ve heard good things.

If medical drama is your thing then I highly recommended House. I cannot describe in words just how good it is. Try 2 episodes and you’ll be hooked.

It was intubation, not incubation that went wrong in Claire’s case (search tracheal intubation). Basically, she inserted the tube to ensure that the patient could breath, but pushed it in too far and actually blocked breathing (hence the trauma attending pulling the tube out slightly upon intake and hearing the patient gasp).

No one said incubation, did they? Or has the blog been edited since?

I edited it upon it being pointed out.