Setting aside the life or death situation of Dr. Glassman, Shaun creates a problem that may give him and Dr. Glassman something bigger to worry about.

A Mistake Was Made: Shaun, Dr. Glassman

What we saw Dr. Glassman go through in the last episode, that wasn’t a stroke but a reaction from a tumor at the base of Dr. Glassman’s skull. He tells Shaun he has 12 to 18 months to live. With this in mind, and then Shaun losing Steve’s plastic surgical toy, Shaun is so distracted that he causes DIC in a patient – a surgical error.

Something that no one is ready to admit, especially Shaun being the culprit, but of course Morgan. While she recognizes Shaun’s brilliance he is still competition and he still made a mistake. Yet, Claire, Jared, even Dr. Park to a point, they all think of a million and one ways to avoid accepting that being the situation. Meanwhile, Shaun barely focuses on the patient at all. His goal is to get a second opinion, push Jessica to use her influence so that Dr. Glassman gets a DTI, which reveals Dr. Glassman has up to 4 months to live, and then a biopsy through the nose. 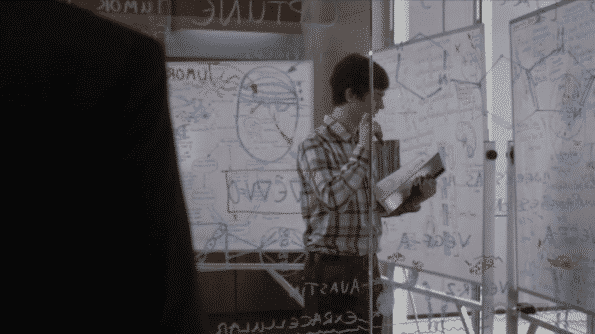 As Shaun is distracted and people are covering for him, Dr. Andrews catches wind something is wrong and decides to pull out the minutes from when Shaun was hired and prep to use them. It seems, while he likes Shaun, noted he has exceeded expectations, he is still but a pawn to sacrifice for Dr. Andrews to get to the other side of the board.

Unfortunately for him, Dr. Melendez doesn’t snitch and Claire doesn’t do anything point say Shaun closed up the patient. However, that isn’t enough to cut the aorta. Making it odd he didn’t go to Morgan, who would be willing to take anyone down, but maybe that is a problem within itself. Her willingness to throw others under the bus.

Hence why Dr. Park outright calls her a “bitch” when Morgan talks about following procedure as everyone else is trying to save the patient, Caden, who is dying. But, despite Jared being ready to take the fall, since they don’t want Shaun’s failure to set autistic people back for years, Shaun owns up to his mistake and proposes a graft to fix it – which surprisingly works.

Leaving the team with a reason to celebrate and Dr. Melendez feeling the need to address Morgan. For while she wasn’t alone in thinking Shaun should be reported, Dr. Park did join her side, there is a push to remind her they are a team and he hopes one day she’ll have a doctor, similar to Dr. Melendez, who will push for a cure or fix before running to do paperwork, so someone can take blame.

For the entire episode, Dr. Glassman seems to have made peace with dying. Making all of Shaun’s fussing a bit irritating but, as noted, he goes through each request. Leading to, after a biopsy through the nose, learning he still has cancer but it can be operable and with chemo, he should survive. But, with that set aside, now Shaun wants to face Dr. Andrews and report his mistake. Something Jessica pushes will probably lead to some serious consequences, but Shaun is adamant and so Dr. Glassman walks with him to Dr. Andrews office. Exchanging “I love you” and “I love you” more on the way.

It Was A Decent Finale

But, what truly made this finale was it being pushed how much Dr. Glassman not only means to Shaun but Jessica as well. And, it made it so in the final episode she wasn’t left out and forgotten. Like most of the main cast, Allegra included, she got her moment in the sun and reminded us that it wouldn’t just be Shaun losing a parental figure. For while we know Jessica’s dad is alive and can assume Shaun’s might be as well, it’s clear Jessica getting along with her dad is a long road to traverse. So, it was nice to see her be brought into the fold. 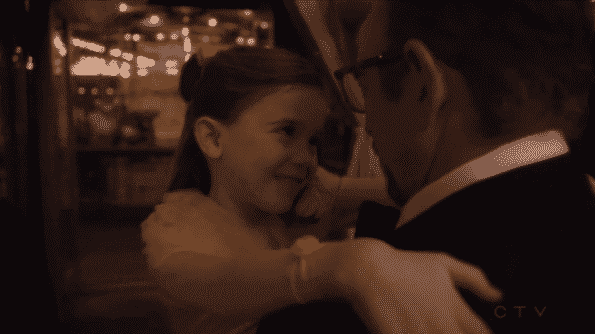 Though I would be remiss to not also note how great it was she set up Maddy’s official onscreen debut. Something which felt long coming since, arguably, her death is what pushed Dr. Glassman to invest in Shaun so heavily. So with us getting to see the two dance, share those “I love you” and “I love you more” moments, which Shaun repeated, without knowing, for the sake of a tear-jerking moment, it really makes you hope that with Shaun’s foundation laid, more characters will get flashbacks of their earlier years.

For let’s be real, outside of Shaun, Claire, and Jared, while we may know one or two tidbits, everyone else has barely been developed since the beginning of this show. Heck, arguably, the only thing which even puts Claire and Jared a bit ahead is we have heard stories of their childhood. Though I will give Jared props from evolving, through devolving, as he brought up his abandonment issues and showed how good he is at wrecking things which are important to him. What you have to appreciate about Morgan is she is the only one who truly treats Shaun like he was anyone else. While Claire and Jared are trying to cover things up because of what Shaun’s failure could mean, maybe even Dr. Melendez too, to a point, Morgan doesn’t let Shaun’s crutch, as she calls it, stay in place. With all her might she tries to kick it from under him and yet gets nowhere. Which I personally appreciate because she remains the only challenge to Shaun. Yes, Dr. Andrews is ready to use him to get the presidency, but if things are how I assume they are, Shaun will still be a doctor next season and someone has to take him down a peg and remind us this isn’t supposed to be a feel-good story. Though the patients may have weird and random situations, there is supposed to be this sense of reality and in reality, not everyone, despite recognizing Shaun’s talent, is going to forgive his bedside manner, give him a pass for when he insults people, or adapt to his autism out of, for a lack of a better term, pity. He has to make an effort and Morgan is the one pushing him to be better.

The Possibility of a Time Jump

No one knows how season 2 may begin, but you can only hope it starts off where this season ends and doesn’t decide to jump ahead.

What May Come in Season 2

I highly doubt Dr. Glassman is going to be able to handle his duties to the fullest after brain surgery and getting chemo. So, with that in mind, you have to wonder if a deal may be struck? Will Dr. Andrews give Shaun a slap on the wrist, but Dr. Glassman takes a leave of absence and gives Dr. Andrews his full support in being president in his stead. You have to figure Dr. Andrews being noted for his politics wasn’t for anything. Much less, story-wise, he has to break that glass ceiling.

After all, he is trying to have a kid, is getting hyped by all the praise Allegra is giving him, so why not strike while there is blood in the water huh?

Why is Jared trying to play hero? He has a job offer in the Midwest, which could be rescinded if he took the blame, and while I get he doesn’t want Shaun’s mistake to hold back future autistic doctors, it isn’t like Jared hasn’t often tried to fall on his own sword. At this point, it seems almost like a maneuver to make him, perhaps, more likable and present some form of charm. Especially after he broke up with Claire for reasons he may have explained, but don’t necessarily click to the point that you can understand how Claire applies to his abandonment issues.

Yet, everyone needs a storyline, right?