The upside of a situation is what everyone is trying to find but, as you can figure out, not everyone can end the episode happy. Much less satisfied.

Two women, real Lucy, and Beatrice have medical issues. For real Lucy, it is a drug addiction and for fake Lucy, Beatrice, it is the fact she stole Lucy’s identity for medical coverage. If just for the sake of not burdening her son with paying tuition. Yet, in the long run, all that stealing real Lucy’s medical insurance did was prolong her life – it didn’t make it better. But, the upside is, without her committing fraud, Lucy may not have been called out by Morgan.

Someone who, herself, gets called out by Claire by making up a tough childhood to get respect. Her lie is that, at 6, her mom died and dad married a woman in debt who hated children. The truth is, her parents are both well off and educated, as well as married for 37 years. So why lie? Well, respect. For Claire’s mom and that story is real, Jared may have privilege but he turned his back on it, and his parents weren’t all that loving and Shaun, he has everything working against him. How is Morgan supposed to compete with all of their sob stories? When it comes to Morgan, you have to appreciate how they are slowly but surely humanizing her yet maintaining that she is a moose. She makes up this sob story to fit in and not be treated differently, yet also she is the one most affected by Lucy getting herself clean and Beatrice dying. Which in itself was an odd moment. Claire calling it like that was the coldest moment I’ve ever seen. Now, granted, she did do all she could but the acceptance of that and turning off the warning bells and machine, no tears or nothing, it makes you wonder if it is the job or something else.

Like, Morgan keeps bringing up Claire’s mom and you can see it gets to Claire a little bit. So maybe her mind was just in a place where that sympathy which would normally lead Claire to call Beatrice’s son to say goodbye and all that, just wasn’t there today. She was too much in her own head and emotions to take on, or ease someone else’s, as she usually does.

Just when you think Shaun has really made progress, he reminds us of how terrible his bedside manner could be. Yet, in the process, this opens us up to understanding hospital politics, and a bit of jargon. You see, Gretchen is a girl with Moebius Syndrome which affects facial expressions. Someone who has lived with it her whole life and it has led to bullying and isolation – especially after her mother died. So, being that she has the father she does, he is more than willing to spend $50,000+ to get Gretchen what their insurance company considers an elective surgery. Which Shaun reveals to Gretchen as something expensive and with putting two and two together, Gretchen realizes she would put her father in debt for the sake of a smile. So, with that in mind, she calls it off.

However, then we see the politics. Dr. Andrews, thinking about how much that smile could do for his patient, her hassles one of the money people of the hospital, simply referred to as Jim, to approve the hospital paying for the surgery. He even haggles him with the idea of even dealing with the patient as she is or after she slit her wrist. A bold and messed up tactic, but it works. And during all that, Shaun investigates Dr. Andrews comment on how good smiles are in a bunch of psychological and biological ways. So, he starts analyzing people’s smiles and even practicing his own to understand what Dr. Andrews means. Especially as, after some complications with anesthesia, Gretchen is awake and told she’ll be able to smile on her own in three months.

While a tear-jerker of an episode, I must admit I feel like I’m building up a tolerance. Kids in horrible situations with rare diseases, syndromes, or situations I fear won’t be as useful in season 2. For while there are so many syndromes, diseases, and etc, rare and common, to address, will they still have an emotional impact 1, 2, 3 or more seasons down the road? This is a legitimate question since, outside of Scrubs

, which were dramedies on the opposite of the spectrum, and more people focused than patient, I’m unsure if this show will lose its luster by going heavy with the patients week after week. False positives or not.

That aside, I always love when we see the less focused on aspects of running a hospital. Be it the situation with the two Lucys and there being a money and legal issue, or Dr. Andrews flexing his political muscles to get what he wants. In my mind, while I get this show is about being a sweet tearjerker, the intrigue really comes from the stuff behind the scenes the patients, and those of us not working in the medical field, aren’t privy to. 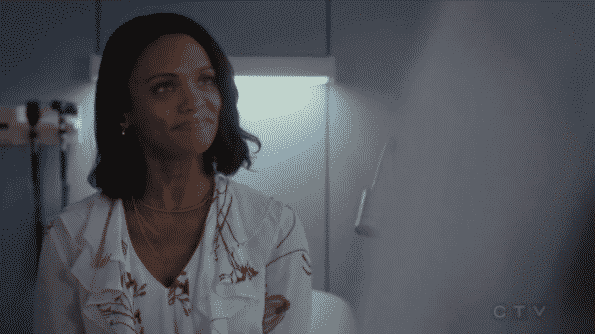 Remember Celeste? Well, it has been 5 months since episode 6 and it is time to see the results of using the tilapia skin. But, there is also the question of whether something is there – romantically. You see, Jared, with his neglection issues, seems to be the type who finds himself continuously in unrequited situations. Love especially. So with him getting a vibe from Celeste, he is unsure whether to pursue it. Plus, with him being her doctor, there is also a bit of a legal issue.

Which is made into a big problem for he has no one to talk to. Something that sort of offends Shaun who listens to him vent, so he breaks the situation down and Shaun reaches into his pocket and pulls out some Lea advice: Take a sick day. Something that ends up being the right answer for Jared plans a date with Celeste on this sick day and on top of dating again, he learns Morgan’s connect came through. He could be on his way to Denver.

Leading to some heartbreak and heart mending. Starting with the happy stuff, with Shaun feeling so assured by his friendship with Kenny, and the awkwardness of running into Dr. Glassman, he hooks her up with Debbie – the coffee making person in the hospital. Of who, at first, it seems they have nothing in common until a car accident brings up their mutual love of cars. This leads to them going to dinner and then, well Dr. Glassman having signs of a stroke.

Continuing the heartbreak, Kenny “borrows” Shaun’s TV to hang out with his friends and completely shuts out Shaun from joining him. Then, to add insult to injury, he takes the pizza Shaun got for them to share and then closes the door in Shaun’s face. Poor baby.

Dammit, Kenny. With the whole second chances thing, I wanted to believe that was what you needed. That maybe you were a guy with a bad set of friends and perhaps, like Lea, all you needed was someone straight forward like Shaun. Someone who’d call you out on your nonsense and you could learn something from. Yet, you’re just like Jared in the beginning of the season. You take from Shaun and give so little back.

Speaking of Jared, I’m glad he was used to bring Celeste back. I know repeat patients doesn’t really look good for an esteemed hospital, but part of my, personal, issue with these sob stories is we won’t get follow up and it is naïve to think we will. So to at least see one return was a nice little gift. Though Jared being written off the show would be another one. Granted, likely Morgan would absorb his screen time but I’m fine with that. For really, what is left for Jared here? He dumped Claire, how he returned to the hospital was toxic and with the way the politics are, why would they pick him over Shaun or Claire? Much less Morgan? He truly, as she said, would be wasting his time there. So, sayonara.

Leading to this Dr. Glassman situation. Like Jared, once he got cut off from one of the leads, in this case, Shaun, that demoted him significantly. Add in Jessica doesn’t really help flesh out his past much and he didn’t have anyone to talk to until Debbie, him having a stroke and being written off or downgraded to an Allegra or Jessica level only makes sense. Especially since the idea of Dr. Andrews becoming president is steadily presented. 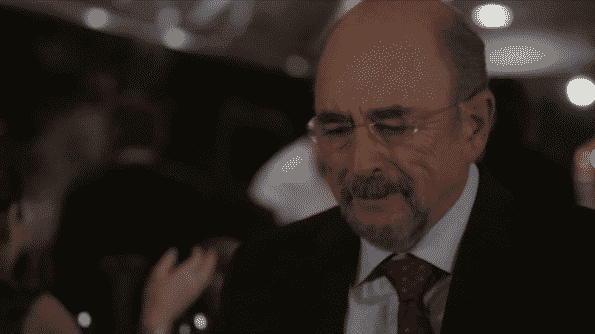 But, I guess the real thing to question is how will Shaun react as, outside of Jessica, the closest thing to family Dr. Glassman has?