The aftermath of Hayak’s demise is felt by Arman, as Thony presents a business deal that mostly benefits her but could become a lifeline for Arman.

Quitting Should Come With A Real Plan – Alonzo, Thony, Fiona

Working for Jackpot Maids has long been a terrible gig. Alonzo only cares about keeping his contracts and sees every staff member as replaceable. Case in point, one goes into a diabetic shock, and his care is about meeting deadlines far beyond someone nearly dying on the job. So, with that in mind, Fiona quits, Thony follows suit, and then the rest of the ladies, under the belief Fiona may start her own cleaning service.

The thing is, she hasn’t anything besides a few advertisements, so she might have leapt too soon.

Luca craving his father and then running out of the medication, so his body doesn’t reject his liver, doesn’t make being a parent easier on Thony. She has to remind Luca, as kindly as she can, that his father is dead and pair that with going to her prescription drug dealer, Vinny, who doesn’t have the goods due to supply chain issues.

But, the problems don’t end there. Garrett knows Fiona was part of the cryptocurrency money thing Arman needed to get out of prison, so he is using that to force Thony to stalk Maya and clone her phone. Which she does, but it only makes Maya more mad and could potentially get Garrett in trouble with Tyler, who is now covering his former case and has his former office.

And Jon, the motel manager, he is now trying to blackmail Fiona since her and Thony bringing the cops around has spooked out his usuals. Thus leading to him wanting $10,000. Which, at first, was supposed to be a one-time thing, but when he realized she could actually get it, he wanted it to become monthly, Thus leading to Fiona snapping and knocking Jon out.

You Should Have Taken The Deal I Offered To You – Thony, Nadia, Robert, Arman, Vinny

Because Robert is Nadia’s ex-boyfriend, Arman wants to cut ties with him as soon as possible. The problem is, all of Hayak’s contacts don’t want to deal with Arman. They think he is too hot due to the feds, and with that, he can’t move the gun shipment he has. Enter Thony, and her problem getting pills, and while Nadia is against it, at first, getting pills that are 90% cheaper in Mexico over the border to Nevada doesn’t sound like a bad idea.

Mind you, Thony isn’t for the more addictive stuff, but deals are made, which include Vinny getting involved, and while it isn’t enough, it is something. But Robert doesn’t want something. He wants the money Arman and Nadia promised, especially since he can’t get his hands into the arms deals, so he has Arman beat someone up who also owes him to cover his debt for a week.

However, it seems Arman will soon have to set aside his pride if he wants to keep his word to Robert.

Fiona has shown herself as someone who has long taken it on the chin and pressed on. That has been her story up until now with work, Thony to a point, and her family, minus her kids. But it seems she has snapped and no longer wants to live that way. Or, at least, Jon was the final straw.

However, it is hard to say what may come next of this. She nearly killed someone but didn’t outright do it. But based on previews, she may have to decide Jon’s fate, and considering he threatened her once, who is to say he won’t again? With the way he talks, he does have connections, and his videos in people’s rooms could imply he has dirt on others, so keeping him alive or killing him will have repercussions.

I don’t know about you, but I was interested in Thony running a clinic for the underinsured, uninsured, and those who have a fear of seeing a doctor. So with her now having Arman in some pill trade situation, it seems that dream might become a reality. Now, granted, Nadia makes it seem it doesn’t make that much money now, but there is always the possibility she goes for the hard drugs, against Thony’s wishes, in order to make the money she believes this venture could make. Thus causing some headbutting and fun moments.

While I get that noting she is being abused by Cortez is supposed to draw sympathy, it feels cheap and lazy. It doesn’t draw me in as much as it makes Maya, as much as Garrett, feel forced upon us to the point of it seeming like there is desperation involved.

Like Maya, it seems the purpose of Robert is to stir up old feelings, maybe help inform us about Nadia’s past, but as for Robert as an individual? He doesn’t say or do anything notable. Him sending Arman off to whoop someone’s ass showed and told us more about Arman than Robert. The only thing that Robert has done or said of note is make it clear he is rich and still has feelings for Nadia. Which is not enough to justify how he is being built up right now. 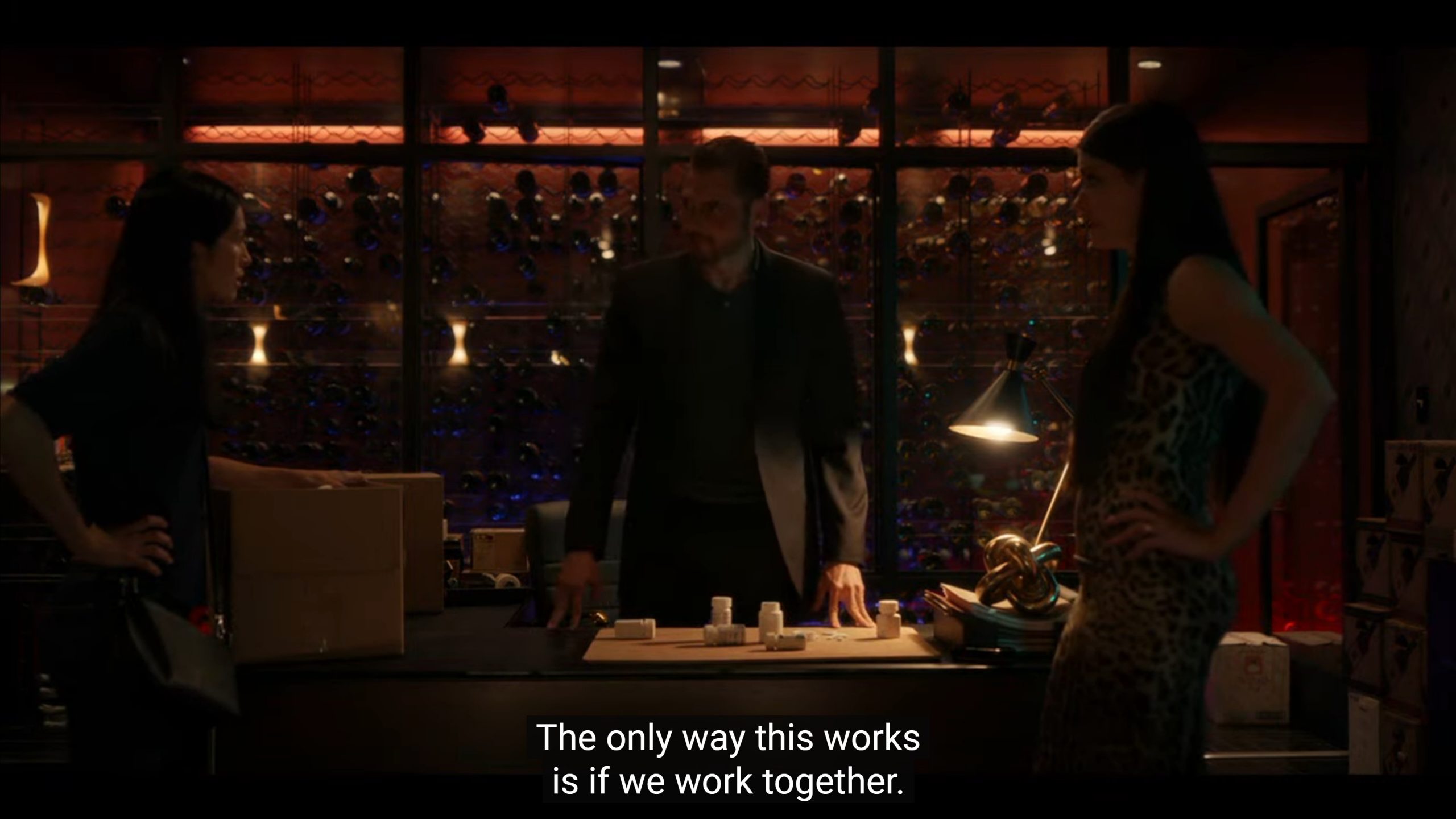