With their identity stolen, frustration and desperation start to hit, and hearing how well the imposter is doing makes you fear who might get kicked.

I Heard You Was Talking S*** – Ava and Chanel, Michelle, Matthew 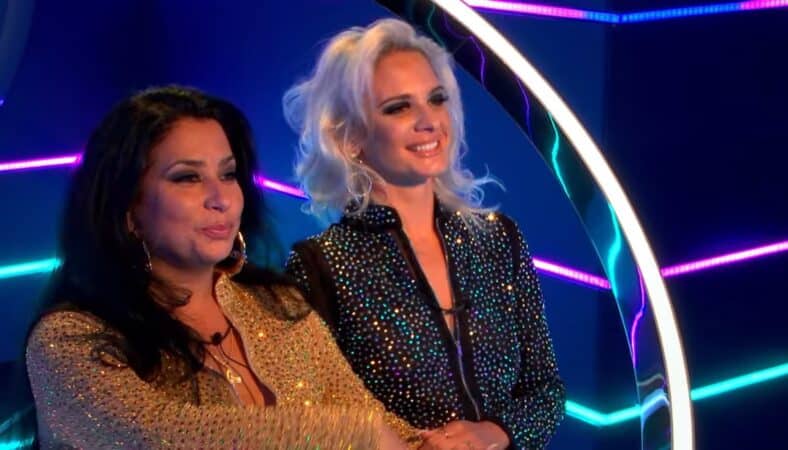 With Ava and Chanel returning for another round, they get the privilege of hearing people react to Ava’s reveal/ goodbye video. Some of which is nice, but between Michelle and Matthew? Oh, they are openly shady about it. Granted, others are just shady to where we know the truth, but Michelle really starts eliminating any reason Ava and Chanel could feel bad for impersonating her.

After getting to see how people really felt about her and her sister, Ava and Chanel are thrust back into The Circle as Blue Michelle while the real Michelle is made into Orange Michelle. This leaves everyone confused, and Orange Michelle battling for her existence – and flailing. For while she does bond with Daniel and tries to with Kia and Ruksana, she doesn’t seem to solidly convince anyone but Daniel.

Who, by the way, ends up in a guy’s chat with Calvin and Nick with the Blue Michele, and that only makes things more confusing for him. Add in a game where both Michelles find themselves forced to give captions to pictures from her profile, and it just puts Ava and Chanel farther ahead.

Why Are You Doing This? – Ava and Chanel, Michelle

Michelle is a woman of a certain age, with four kids, a husband, who is portrayed as someone who has had rich experiences but was by no means rich coming up. So $100,000 is a lot of money, and even after taxes, it could do a lot. Which makes her being at the bottom of the first elimination and now potentially being eliminated due to a catfish immensely frustrating. 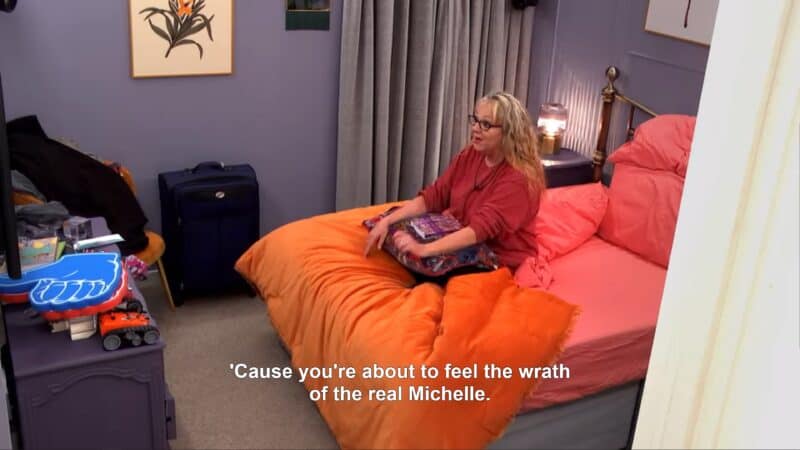 Hence, she confronts Ava and Chanel, who make it clear that it isn’t personal, but that doesn’t lessen Michelle’s rage.

The question isn’t who do I have the hots for, but has anyone got the hots for me?
— Daniel

I’m truly fascinated by how this all can play out. It’s a quality twist that really doesn’t have an easy-to-guess end. Thus allowing The Circle to really keep you on your toes about what could happen next.

Each season, pretty much it is the queer characters who make the show. They bring energy and life and with Daniel being a mix of Chris and Courtney? Oh, even if he doesn’t win, he’ll probably be one of the most memorable of the original 8.

The Circle: Season 3/ Episode 2 “A New Twist” – Recap/ Review (with Spoilers)
Trajectory: Climbing
While Netflix has many reality competition shows, The Circle remains one of its most intriguing properties due to the personalities cast and the ways it keeps it fresh season after season.
Highlights
The Imposter Angle
Daniel
Disputable
87
Follow Wherever I Look on Twitter and Instagram, Like us on Facebook, and Subscribe to the YouTube Channel.