The Chi: Season 1/ Episode 7 “The Whistle” – Recap/ Review (with Spoilers)

People pay for their deeds, good or otherwise, and while some are as sweet as a kiss, others are as brutal as a bullet.

You Just A Pawn In A Game: Kevin, Andrea, Maisha 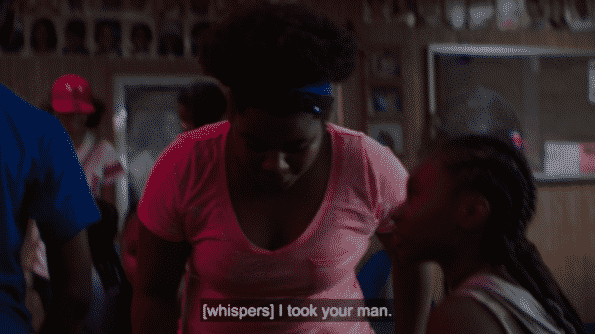 Despite Kevin being the star of his arc, it becomes clear he is just a pawn between Maisha and Andrea. As you can imagine, these two cousins may hang out, but that doesn’t mean they don’t have beef. Of which one could very well be about Kevin. It’s clear Kevin likes Andrea, everyone knows it, but whether or not she is stringing him along is a whole other thing. That is, on top of Andrea not stopping Kevin just because she knows Maisha likes him.

Which isn’t me saying Andrea is being spiteful, for whatever reason, but when Maisha gets asked to skate and she says to Andrea “I took your man,” it pushes the idea they have had conversations about Kevin. Though, in the long run, just with a kiss, whatever headway Maisha might have thought she had Andrea snatched back. And considering how Andrea didn’t address Maisha being used to make her jealous, you can see there is a game going on. Otherwise, she would have called him out about that. Especially since he is supposed to be a “gentleman.”

Detective Cruz discovering Jason’s 911 call is gone, alongside learning Detective Wallace is involved, alongside detective O’Malley, head of the Emergency Communications, is way too fishy. However, with a case closed for two departments, one a murder and Vice’s case closing because of Q taking out Reg’s people, no one wants that situation reopened and Cruz is on his own.

Leading to Brandon. Jerrika comes back into his life originally just because Laverne and her new husband rather deal with her as their listing agent than someone else. Though with the way Laverne looking as Brandon and Jerrika come face to face, maybe she doesn’t mind ole bougie Jerrika as much as she used to? Sadly though, at first it seems Jerrika still wants no parts of him.

However, after a long day, which includes dry snitching on Luis, and quitting, he goes to Jerrika’s for his stuff and they talk. And while she puts up this front like she doesn’t care and really just wants him to get his stuff and leave, it isn’t that simple. Even if she thinks their relationship is over and can’t be resumed, they still are friends. So while she may not be asking for him to spend the night, a conversation about why he quit and how he is doing won’t hurt. The only reason she broke up with him, after all, was because she didn’t want that element a part of her life. Since, thus far, her parents have worked hard to make stuff like that foreign to her.

Making me wonder, how did they feel and act around Brandon? 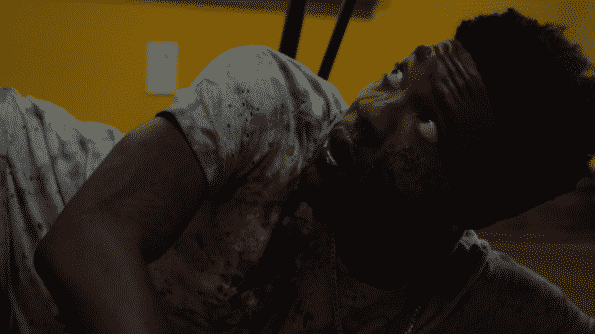 Thanks to what she did for Ronnie, more than likely Jada got fired. But, that wasn’t a surprise. Tiffany showing up, asking for EJ, was, but those are the more low-key moments. The bigger ones include Quentin deciding to play a paternal role in Emmett’s life, and spend the day with him. Albeit spending the day together includes selling Trice’s guns, giving Trice his cut in front of his people in a barbershop, and pushing people like Detective Wallace to know something is up. But, it isn’t all just Quentin wanting company, a witness, but he talks too. Speaks on how he used to run things before some incident. Brings up his and Sonny’s father and how their father’s death led to their crossroad in life, and they have some real bonding moments.

But, amongst all this is a key issue: Liabilities. For Trice, Reg has become a liability and despite how bad Reg is in front of most people, he lets Trice beat the hell out of him. Why? His liability – Jake. Though, lest we forget, Quentin has the same liability. It is just, rather than being a kid, who Reg may have felt bad for messing up, it is a grown ass man named Sonny. So, Reg, being that he never liked Quentin, and seemingly ain’t that much for Sonny, has either killed or knocked him out and now plans to have a chat with Quentin. As for what is there to say? Who knows.

What is known though is that there going to be more than 3 dead bodies between them between episode 8 and the finale.

“You know what it’s gonna say on your gravestone? If you were a good parent and how long you lived. The rest is forgotten.”

With no one having a father figure on this show, it is nice to see Quentin fill in that role for Emmett. Especially considering what Jada alluded to when Ms. Ethel and she were having a spa day in the last episode. But, it is increasingly becoming clear that while Quentin fills a void that Emmett probably could use filling, that man ain’t going to bring nothing but hell to Emmett’s life. Especially considering if Reg learns about their association, that means a whole lot of people are now going to be on Quentin’s conscious. That’s three baby momma’s, Kevin’s sister, as well as Jada. And while Quentin is a man of the community, that doesn’t mean he isn’t for a sacrificial lamb every now and again.

Chances for Jerrika and Brandon

because I still want these two together. For while I get Brandon messed up and she kind of jumped the gun, it is hard to not want to see a happy and upward mobile Black couple. Especially since that seems increasingly rare as diversity means interracial relationships which often are defined by one white people and a person of color. So to see these two, clearly Black, people be in love, cute, talk about having a business, and all that, it felt like an anomaly. Making it so, them at least talking again, while a foolish hope that it may mean reconciliation, relationship-wise, at the very least that friendship may survive. Plus, maybe it may move the timetable up on them having their own thing. Be it a food truck or a restaurant.

Kevin But a Pawn In A Bigger Game 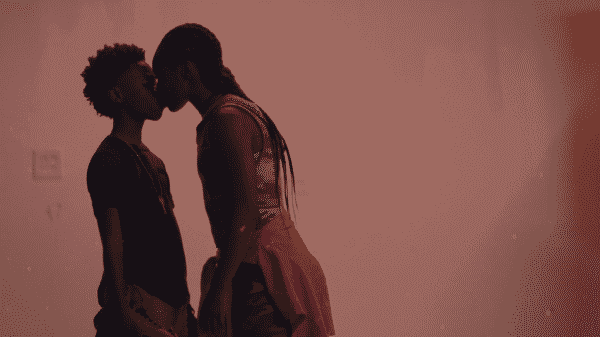 Outside of Andi Mack, which deals with middle-class kids, I don’t know too many shows which show kids lives aren’t all video games, hanging out, and some naïve adult perspective. Especially in terms of the game Maisha and Andrea are playing. For I truly believe those two are both trying to win Kevin and with Maisha, I think it is legit feelings and Andrea just don’t want her ego bruised. Since while, in front of others, Andrea seems cool with Maisha, I cannot get over that “I took your man” line. It not only reminds you that these characters have lives when we aren’t watching, but that there are also issues the show doesn’t address but isn’t pretending they don’t exist.

Maisha being a big girl who wants compliments and all that is clear for us to see, and her being recommended to make Andrea jealous was messed up, but you can understand the game here. This is the version of kids being cruel to one another and causing unnecessary drama. It doesn’t have to be Jake being at a skating rink and strapped. It can just be a love triangle no one wants to be the loser of.

Honestly, it is so easy to forget Detective Cruz is part of this show, much less Detective Wallace, and apparently, a few others, are crooked cops. But, what do you expect? They are still on the topic of the show’s catalyst of which everyone but Ronnie and Tracy have moved on from. And, let’s be real, Ronnie, Tracy, and Detective Cruz don’t bring any real interest to the show. Which perhaps I say since it seems a good majority of Black shows are now featuring storylines with kids getting shot and not getting justice. So maybe I just stopped investing in their stories for that reason.

However, really, despite knowing how likely, in the end, they’ll tie one of the more interesting stories to Jason, until that happens, I feel like I’m going to keep needing someone to say Cruz’s name for me to remember who this man is.