written by Amari May 27, 2021
0 comment
FacebookTwitterPinterestRedditEmail
Table Of Contents

In the season premiere of The Bold Type‘s final season, there is the question of whether we’re getting some course correction or more of the same

We Shouldn’t Have Done That – Ava, Kat

From what it appears, Kat regrets sleeping with Ava, and because of that, she decides to dodge her at every opportunity available. However, being that Ava is a board member of Scarlett, and member of The Belle, eventually, Kat gives in and has a feign conversation with Ava that boils down to Kat not wanting anything serious. This, of course, doesn’t make much sense as an answer for Ava, but she writes it off as Kat not knowing what she wants.

That is until Kat has to come to the retreat Scarlett is having, since Sutton is drinking her sorrows away and Jane can’t watch her. Ava, graciously, saves Sutton from embarrassing herself, and with doing so, Kat feels it is only right to tell Ava that the real problem is Ava’s politics. Being who she is, Kat can’t bring herself to proudly be with Ava when a lot of what Ava stands for is directly against what Kat believes.

This is accepted, and both push to move on.

Drink The Pain Away – Sutton

Losing Richard has left Sutton a mess. She is dealing with her associate back home checking on her, and him talking about how upset his wife is, and being that the New York apartment Richard has feels very lonely, Sutton pushes Jane and Kat to go out whenever possible, and Sutton tries to drink her sorrows away. This doesn’t go well since Sutton and Oliver are supposed to be prepping for ad presentations, and Sutton was even supposed to pitch showcasing the people behind the magazine. Why? Well, because it is the people who write the articles which set the trends, make the celebrities look good, and present the articles that go viral.

However, as noted above, Sutton got too drunk, so luckily, Ava covered for her and said Sutton got food poisoning, and Oliver was aware enough of the idea to handle things and secure the pitch. Thus leaving Sutton to style Scarlett’s staff for a sizzle reel for advertisers.

Trying To Live Up To Expectations – Jane

With Jane dubbed by Jacqueline as the future of Scarlett, it makes going after Mark Afton, partly through throwing Ian’s former lover Nicole under the bus, a daunting task. After all, Jacqueline knows the ramifications of this not going well, and being that the board tried to oust her once, this will add more ammunition to their already loaded gun. 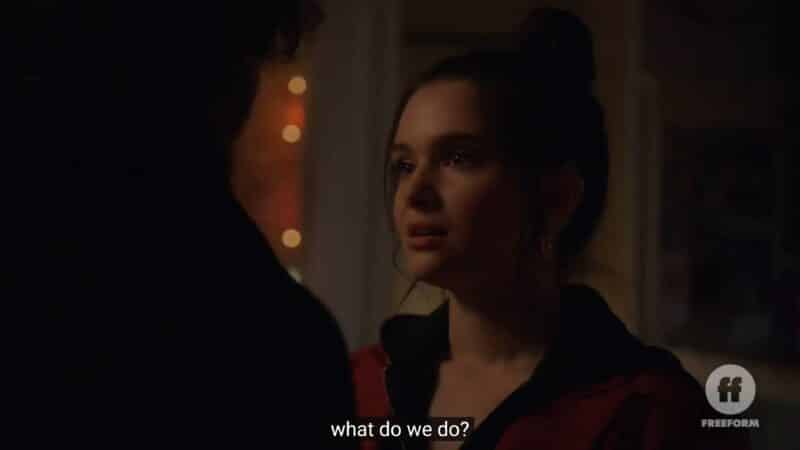 Jane and Scott sharing a moment

However, with believing she secured two good testimonies, Jane publishes her paper and is quite proud of herself. But there are two problems: First, she has made it clear to Scott that she has feelings for him but is uncomfortable due to him working under her. The second issue is Addison, her other employee, often neglected, potentially in favor of Scott. Due to Jane not taking note of Addison, she doesn’t get Addison’s transcript of one of the testimonies. Thus, Jane has an article posted that may not have a sound source whose testimony can hold weight, leaving her and Jacqueline vulnerable to suit.

Hoping Addison Exposes Jane, And Jane Falls Like They Made Kat

It has been pushed by Kat earlier that Jane, while she may not be racist, does have blind spots, and I don’t think she may fully recognize that even if she owns not being a good feminist or ally, it’s not an excuse. For what we see here is her doting on Scott and not making an effort to give Addison assignments or even read her work. Rather, she has Scott around her constantly, and even at the retreat, she didn’t tell Addison where she was going and keep her informed. Scott presented an idea, Jane took it, and they stalked a poor girl in an awkward position.

Now, as for why we hope Addison exposes Jane? Well, because Jane has rarely ever had to deal with a serious consequence. Yes, the BRCA gene was a major storyline and issue. However, like all things Jane, she got to push for the insurance to cover freezing her eggs and got it – just like she got to return to Scarlett with ease. So here is hoping Addison, a woman of color, often forgotten due to Jane’s forbidden romance with Scott, speaks up and something notable happens.

Mind you, I’m not saying Jane should be fired, but definitely put on notice with more happening than her having to come out to HR that she wants to, or perhaps is, dating Scott (later in the season).

Kat’s actress Aisha Dee noted the whole storyline dealing with humanizing Ava and making her the spokesperson for the idea conservatives aren’t a monolith was off. Kat, being the most progressive and outspoken member of The Bold Type, to the point of butting heads with her friends and losing her job, being with Ava? Yeah, that seemed like using one of the handful of Black characters, the sole consistent Black woman, to show conservatives aren’t all bad, and it was just… weird at best and troublesome at worst. 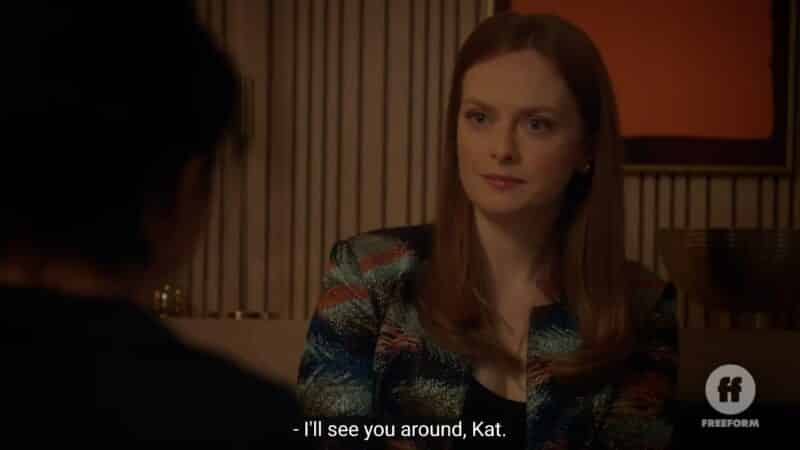 Yet, with Kat ending things with Ava, it seems that storyline is done, and with teasing Adena coming back, it seems the show might get back on track or, at the very least, give fans what they want as the show comes to an end.

What To Do About Sutton?

One of The Bold Type issues is that each character has long been written with a certain end game that makes it hard to imagine them not ending up this thing or without this person. With Kat, you pretty much expect her and Adena to end up together. Then, when it comes to Jane, you expect her to be fast-tracked to be the head of Scarlett, no matter the mistakes she makes or issues she causes or are affiliated with. After all, as Alex’s storyline this episode pushed, people need to be forgiven for past transgressions.

Switching to Sutton, with her achieving her dream of being a stylist, it was expected for a long time she’d be the one who would damn near have it all. She’d have the career, quality friends, and a husband. But with her noting her desire to not have kids, things have fallen apart, then she had sex with someone else to boot, and while you could submit this could be Sutton devolving. You could also say this is another issue with season 4 going for drama and perhaps wanting to challenge fans of the show, than producing quality writing – for there is a difference.

It is one thing to show a character as flawed, complex and push fans to view them beyond the scope of what has been structured and presenting a storyline that is out of character and trying to make it seem they would totally do this. Never mind, do something because it will stir up social media conversations and interactions over doing what needs to be done to keep the story fresh and forward. In terms of Sutton not wanting to have kids, Richard was right, that was a conversation that should have been had before marriage, and the show could explore marriage counseling, amongst many other things. Heck, if they wanted to make things dramatic, they could have had Richard’s mom pull a 180 and become mean to Sutton and remind you why you should keep marital problems away from friends and family.

But, rather than that, they went for Sutton cheating, a lazy and paved road to take, which we can only hope, like with Kat’s storyline, quickly gets resolved and handled as appropriately as it can be, considering the actions taken. The Bold Type: Season 5/ Episode 1 [Season Premiere] – Recap/ Review (with Spoilers)
Trajectory: Plateau
In some ways, it feels like more of the same when it comes to The Bold Type. However, with it in its final season, there is hope that rather than try to change the characters we know and love, they'll be just enough fan service to provide a proper goodbye. All the while still having the ladies grow, learn, and continue to be both inspiring imperfect.
Community Rating0 Votes
0
Highlights
Kat Ending Things With Ava
Low Points/ On The Fence
Hoping Addison Exposes Jane, And Jane Falls Like They Made Kat
What To Do About Sutton?
78
You Might Be Interested In