While one of the ladies gets their happy ending, when it comes to the rest we adore, it seems they are at a crossroad, or end, of their relationships.

My Own Knight In Shining Armor: Ben, Ryan, Jane, Jacqueline

You know how much it costs to freeze your eggs? About $750 for the consultation and $12,000 for the procedure. Which, while Jane is doing well, she isn’t on that level. Yet, she has two men ready to do what her healthcare plan doesn’t. Ben is willing to become domestic partners so that Jane can take advantage of his hospital having a program in which they do it for free for staff and family. However, Ryan counters that with offering some, if not all, of his advance money to pay for the procedure. Leaving Jane flattered, but frustrated.

After all, neither guy is her husband, she hasn’t known either long enough to comfortably accept such a large amount of money, and both situations are just weird. Lie on official paperwork just so she can have kids or allow this guy who would disrespect your boyfriend, and you, by kissing you, to pay for it? She decides neither and instead uses the situation for an article that Jacqueline isn’t so sure about. Mostly because her clout and place in the magazine is on the edge. However, she figures, if she is going down, minas well with a bang. 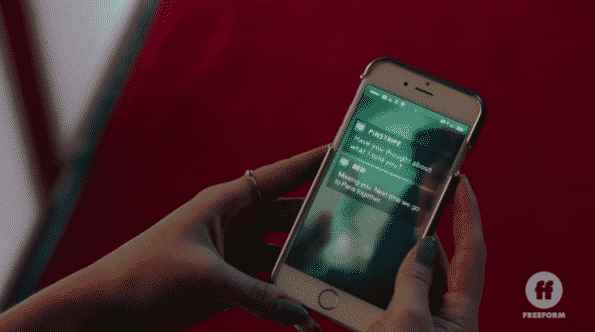 I’m team Ben. You know why? Because Ryan, WHO IS STILL NAMED PINSTRIPE ON JANE’S PHONE, is the guy you date when you are young because he is exciting. However, Ben is the guy that, when you get Ryan out of your system, you want to settle down and start a family with. Oh, and did I mention that, while Ryan maybe calling Jane by her first name, he is still Pinstripe in her phone? I repeat that because it is telling. If she was thinking about him seriously, while Pinstripe would remain a cute nickname, she would have changed it in her phone to Ryan.

Plus, come on, isn’t this a case of too little too late? Learn from Sutton. You can have sexual chemistry with a whole lot of people, but sometimes it is best to get with the person who provides you more than that. While Ryan and Jane share being writers, Ben opens her up to entirely new worlds and cultures. Not to forget, we saw how Ryan was at his worse when the chips were down. He was willing and ready to work for tabloids and compromise his integrity. Why would Jane want someone like that?

Not to forget, Ben also was someone Sutton set her up with. So, wouldn’t it be cuter at the wedding, if there were kids, etc, for Sutton to throw that out there as a running gag? I know I can’t be the only one hearing her bragging right now.

Some People Wait A Lifetime For A Moment Like This: Richard, Oliver, Sutton, Jessica

In the beginning, fashion week is going quite well. Sutton is seeing clothes which are so hush-hush, Kat can’t take pictures and she has her own room! With a giant tub she can just soak in. Unfortunately, her notepad filled with the dresses Oliver wants goes in first. Causing a little stir but considering Oliver is forgiving, and Sutton rarely messes up, this is forgiven. Especially since she remembers most of the pieces by memory and impresses the designer with her knowledge of what inspired her work.

However, as with Jane, there is the question of: At this high point of your life, who is your first call? Who do you want to share this moment with? Her answer: Richard. Someone whose dad just died, seemingly is going to get engaged to Jessica, and it does damper Sutton’s trip a bit. But, like how Jane has Jacqueline, Sutton has Oliver who supports, even after he learns its Richard, to go get her man.

Luckily for her, Richard comes to Paris and hands his heart back into her hands. Leaving out how Jessica took the breakup but what you going to do? Well, besides wonder how awkward things will be if the three of them ever cross paths again. Like when Richard and Sutton have sex in his apartment and she is there to pick up her stuff. Come on – You’re watching the same show I am. You know it is going to happen. Might even make for a good, and awkward, title card.

I don’t want to rain on the parade but this was way too feel good for me. This man’s dad dies, he seems rather happy and comfortable with Jessica, but decides to fly to Paris to be with Sutton? No shame about my homegirl’s game but, really? Am I the only one who thinks this moment was made to counterbalance her other friends’ indecision and living hell? Much less, to counterbalance what Jacqueline is going through?

Not to imply I don’t like Richard, he’s cool, and a better option than Alex, who minas well be cut in season 3, but eh. How people feel about Ben is how I feel about Richard. He is a good choice, he and his lady look nice together, but I could take it or leave it.

Some Endings Call For Tears & Others A Celebration: Kat, Adena, Coco, Jacqueline

Adena needs space. In fact, as noted in episode 9, one could argue her letting Kat be free to see other people may have stemmed in her need for space. After all, until this episode, her immigration status was in the air and she had nowhere to be but Kat’s. So, imagine someone who came out of a long, long distance relationship now cohabiting? Like Kat adjusting to this new thing, so was Adena but it seemingly didn’t give her as much stability as it did for Kat.

Leaving us wondering what will happen to these two. For, after Kat talks to Coco, Adena’s ex, to see if she is blackballing her, only to find out Adena says she hasn’t made anything good since movie to New York, it could be the beginning of the end. Which is how Kat sees it.

As for Jacqueline? I’m starting to think someone on the board paid for that hit piece that was published. For now, Jacqueline is questioning herself, her writers, and is a little wobbly. We see a very foreign Jacqueline and while she bounces back, with publishing Jane’s article, it does make you wonder how she will handle being fired. Because, after Jane’s article goes up, Richard gets a shortlist of new people to replace her. Leading you to wonder, will Jacqueline go down swinging or resign and strut her way out. That is, also wondering about who will replace her? BETTER NOT BE CLEO! 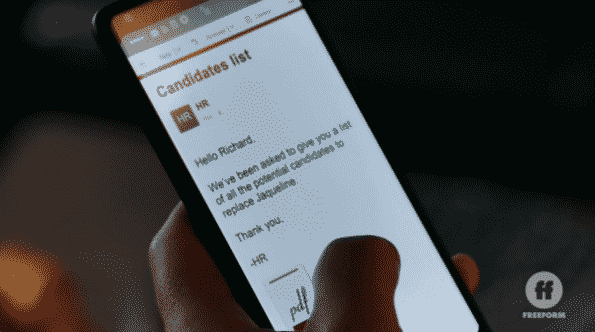 Like most people, I hate cliffhangers. Kadena is the only couple worth rooting for and they have been all over the place this season. We know why now but, I think the only way I could be more upset is if I was lesbian. But, they can recover from this right? All Adena needs is her own apartment and to make it where she and Kat take a step back. For, you gotta admit, for Kat who never really did relationships and Adena who did a lot of them, never mind may have been like her relationship with Coco, this was a major change for both.

Also, you have to factor they moved too fast. While Kat was being kind offering her place, it was a bit much. It forced them out of the honeymoon period and into domestic life. Something that Adena could do but seemingly felt trapped in. After all, she was used to traveling freely but was stuck in New York until her Visa came in. Lest we forget, she had to sacrifice even special moments with her family for Kat. So, you can understand how that combination probably made Kat feel stifling. Making Kat kissing another woman an easy out to get time to herself.

Switching to Jacqueline, is it unrealistic to think she is either going to become part of the board or will fight getting fired? I can’t imagine her being let go, may be brought back, or something like that. Never mind her leaving, getting a new job, and staying as active on the show as she is. Because, with Jane leaving and coming back, it really pushes the idea Scarlet is a unit that probably isn’t going to change much. There may be arguments and posturing, but I can’t foresee anyone coming and going but love interest.

Though, this show does need a shakeup. Some kind of hint that everything won’t end up okay no matter the circumstance. So between Adena breaking up with Kat or Jacqueline being let go, one of these two make this show seem a little less predictable.