The first major battle goes down against the shadow monster’s babies as new relationships, romantic and platonic, form.

After the mailings are done and it is time to celebrate, Murray goes from business to personal. Leading to an awkward moment in which Jonathan and Nancy keep up the idea there are no feelings for one another. Thus forcing Murray, for his own amusement, to read both of them. Be it Jonathan and his trust issues or Nancy being a coward when it comes to her personal life.

Both readings it the children hard to the point Murray basically forces their hands, lips, and who knows what else. All we know if something went down that night and it isn’t clear if that should be taken figuratively or literally.

You Got A Friend In Me: Max, Lucas, Dustin, Steve

Two friendship develop into something which forge a close bond. The first to note is Steve and Dustin. Two people who, from what we’ve seen so far, are the few without siblings on this show. Which, while their pairing came off weird in the beginning, it makes sense as Dustin looks to Steve for advice. For with it seeming Dustin doesn’t have an older male figure in his life, outside Mr. Clarke, and him seeing Steve in the sense of his former “King Steve” glory, this strokes Steve’s ego a bit.

Leading to him taking on a bit of a big brother role. Especially in terms of Dustin wanting to impress Max and even eventually kiss her. So, he gives, albeit divisive advice, about pretending he doesn’t care and even tells Dustin his hair routine. Creating a rather sweet moment between the two.

However, Lucas may have already won Max over. Between making the effort to make her feel like one of the group and her becoming comfortable enough to talk about what led to her being in Hawkins, much less HOLDING HANDS! It might be over for Dustin, and I think he knows it.

After Will’s episode in the last… episode, Dr. Owens and his team start to make correlations between Will and the monsters. Of which, his team, who just want to burn the beings away, are all ready for Will to be sacrificed for the greater good. However, with Dr. Owens, unlike Dr. Benner, he is unwilling to sacrifice a kid just because it would be convenient for everyone.

However, that thought may change. For, you see, while Dr. Owens is trying to figure Will and that whole situation out, Steve, Dustin, Max, and Lucas were trying to kill Dart. Problem is, there are at least 5 or more Darts and they ended up attracting each and every one of them. But, then they retreat before damn near killing Steve.

Why? Well, as Will pretended to be a spy for mankind, what he ended up doing was setting up a trap on the shadow monster’s behalf. One in which all the little local Darts end up killing around 4-5 of Dr. Owens’ men. Something Will confesses to Mike, Joyce, and others. Leaving us to wonder if Will might just be a double agent and how Dr. Owens, and his team, may deal with that. 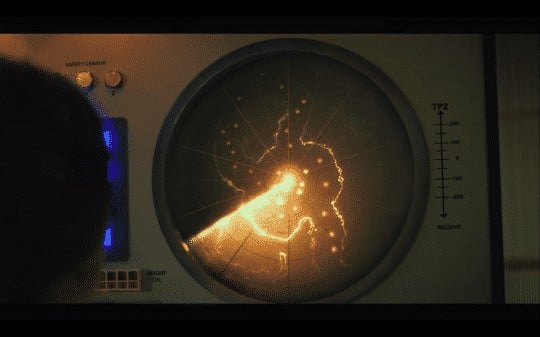 It is a curse to see so clearly.

You have to love a character who says what a lot of fans are thinking. It helps you realize the writers aren’t in some hyperbole and know damn well how frustrating some of the characters interactions, or just their personality in general, can be. So when Murray broke down Nancy and Jonathan to the point they were taken aback, I was dying in the best way.

This man, who has only been in three episodes, only met these two once, was killing them both softly with maybe a paragraph about each. Which got them hot and bothered, in more ways than one.

There was a question of what can and would be done with Steve since Nancy, especially after this episode, clearly is moving on. So, connecting him with Dustin was a surprisingly good movie. For, as noted, both appear to be the few characters without a sibling and add in that Dustin doesn’t have a paternal figure or access to a big brother, Steve stepping in was so sweet. Especially since he took to it without issue and when he met Max and saw Dustin interact with her, it was so cute how he teased him a little bit.

Really helping to push the idea that the best thing about the show isn’t the sci-fi at all but the relationships that form. I mean, to add onto why this is so great, remember how Dustin acts with Mr. Clarke. He calls him his lord, calls him on the weekends, and that clearly points to, in my mind, how much Dustin would like an older guy to invest in him and be there for him. Not because his friends aren’t accessible enough but there are some things, like how to talk with girls, they don’t know about. Hell, even Jonathan doesn’t so he is of no use.

The Complicated Life of Dr. Owens

You have to give props to any show which doesn’t decide to present someone who is in a villain role as a villain, without question. Such can be said with Dr. Owens. With him assuming the position of Dr. Benner, an almost two-dimensional character in retrospect, how Dr. Owens is fleshed out makes it so you recognize that despite the threat he gave to Nancy and Jonathan, he isn’t a bad guy. However, at the same time, he is not a company man.

Unlike many a man in power, especially those who aren’t the main character, his decisions show complexity. His humanity vs. what his job calls for. Something we see in his hesitation to just have Will die and be done with this Demogorgon nonsense. Never mind him seemingly, genuinely calm down Joyce if not provide her some scientific reasoning for what Will is going through. I’m talking about, it really does seem he isn’t trying to piss in her ear and say it is rain. He is as lost as she is and with that, you get some form of vulnerability. The idea that not having the answer to everything is embedded in that character and it makes it easy to like him. Even want him to stick around for multiple seasons.

With Eleven taking off an episode, it was just the usual Joyce anxiety, Nancy, and Max to represent women on this very male-dominated show. But, one could say that Max filled in for Eleven’s usual emotional ride. For while she only had one scene which could have affected you, the way her and Lucas’ chemistry is set up, it made that scene so powerful.

Okay, maybe too strong of a word. However, it was the type of scene which makes you feel that this show needs to have Eleven and Max as part of the party. Rather than Max here today, something comes up, and she gets to, or is forced to, live with her dad in California. Especially since she is kind of the key to Lucas developing and was the trigger for Steve and Dustin going beyond Demogorgon hunters and building the relationship they now have.

Despite really wanting Jonathan to have someone who he seemingly would have a mutually beneficial relationship with, I guess these two are to represent what Joyce and Hopper didn’t get to be. Which I just dislike because I was so invested in the idea of Jonathan and Samantha, this sort of grunge dude and this punk girl, and them being cute together as they listen to some band I never heard of.

But, I guess, unlike the boys, Jonathan isn’t getting to the opportunity to evolve into a character who isn’t a remora of sorts.