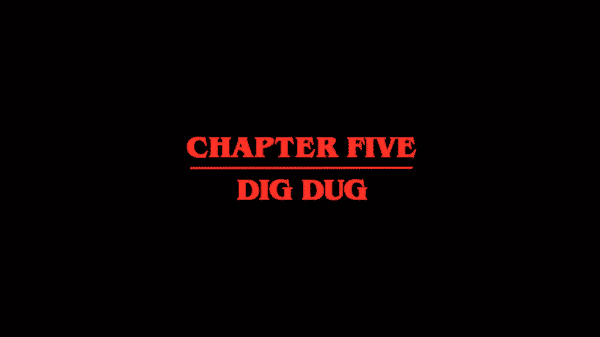 As three new people learn the truth of what happened last year and now, there comes the question of who will suffer the consequences.

Previous Recap: Episode 4 “Will The Wise” After disappearing for a few episodes, Murray is back and talking to Nancy and Jonathan. Two people who seemingly got a few unresolved issues, when it comes to their friendship. If only in the form of what could have been a month after Will was found. But, that is a different story and something not really dived into that deep.

What is though is trying to figure out how to take down Hawkins Labs. Of which, the idea comes about that rather than present the whole truth, which would come from the tape, they will water it down. They’ll make it easy to swallow, believable, and relate it to something already common knowledge, like the Three Mile Island incident. Which doesn’t fully click for Jonathan, but Murray and Nancy seem right on the same page.

Well, it seems Becky is off the hook for what happened to Terry. The truth is, Terry ended up the way she is thanks to shock therapy. 450 volts to the head is what fried her brain and what ended her former normalcy was trying to snatch Jane straight from Hawkins Labs. All of which she expresses to Jane, Eleven, through them talking within the darkness. Not through words, but memories.

But what is perhaps something to note is that Terry is able to draw Eleven to her through the lights and flip the stations on the TV. Meaning she has powers too. Now, as for whether it was because of the experiments, shock therapy, or she was born with it? Well, that is harder to say.

Gain One, Lose One: Hopper, Joyce, Bob, Will, Mike

Despite seeming like she wouldn’t let anyone but Jonathan in the house, Joyce lets Mike in and he helps Will come to terms with what is going on. If only because, he figures, with him gaining the shadow monster’s memories, its now memories, that allows them to spy on it. But, so comes the question that if Will can spy on it, can it spy on Will?

That’s not answered. What is known though is that Bob lives up to his high school nickname. For as Hopper finds himself trapped and being wrapped up like Barb and Will was, Bob figures out the vine clue Will has drawn and gets them to Hopper in the nick of time. Really proving that Joyce’s loyalty is definitely a prized possession. For if it wasn’t for her, and Bob, of course, Hopper would likely have ended up dead.

But, while they get to save Hopper they may have doomed Will. For Dr. Owens learns that the soil samples are not just filled with the usual stuff farmers put in there. He learns that the being(s) of the upside down live within the soil. So, as he does in the labs, he has his men do an extermination job. One which, as the fires burn the monsters it sends Will raving and eventually into what looks like him being in shock. 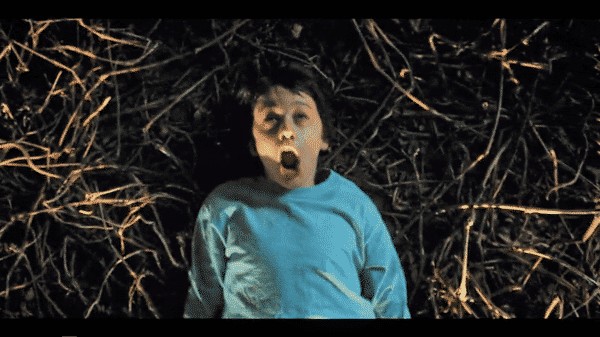 Pushing the idea that perhaps the veins or maze underground isn’t just tunnels for the shadow monster and its offspring, but maybe the central nervous system of it. Perhaps even the rope which separates our world from the upside down. Which, one way or the other, Will has found himself becoming the fibers of.

My Ride or Die

Bob better watch out. He may be nice and lovely, but Joyce and Hopper have been through some things and she doesn’t care about jumping into the unknown or none of that. When Jim Hopper is in trouble, that is no less than a call to action for her. Which isn’t to imply I think they should be together at all, but I do love whatever it is they are to each other. Almost like a grown up Jonathan and Nancy, if they swapped genders.

How Connected Is Will and the Shadow Monster?

To be honest, the sci-fi elements of Stranger Things, beyond Eleven using her powers, have never been the major selling point. It is stuff like Joyce going to wherever she has to in order to save Will, now Hopper. It has been the friendships from Nancy and Jonathan to the boys, now including Max, and how these bonds push everyone to go beyond what others think they are capable of.

Making Will seemingly, deeply, connected to the shadow monster, and perhaps to the Upside Down, an interesting challenge. How do you save the boy who has become one with the monster? Can you save him? Will he simply become the human master of the Upside Down and all its power? I mean, clearly, the monsters of the Upside Down need humans in order to cross over to our world. If not thin the barrier between our world and theirs. So have they simply found a medium which makes the task of crossing over easier through Will? Can that connection be severed without killing Will in the process?

It isn’t necessarily clear what the long-term plans are for Max, Billy, or what their backstory is, but you gotta admit she has grown on you. Be it that she has this bad ass appeal but Billy forces onto you seeing her softer side, there is something that draws you in and makes you want to know more.

Making Lucas, who has nothing going on right now, the person to talk to her an excellent choice. For while Billy could very well be racist, and may try to hurt Lucas, either physically or by calling him the N-word, there is a growing chemistry between Max and Lucas. Be it because they are sort of outcast or simply because we see them together a lot lately.

Either way, with him asking his parents about how to deal with an angry woman, I have my fingers crossed that we aren’t being set up for disappointment.

Nancy Would Have Given Jonathan a Chance?

While in that motel room, did Nancy imply that there was a break with Steve in which Jonathan could maybe make a move? However, with Will needing him, Jonathan blew it? I mean, no offense to Nancy, but I still have hopes for Samantha popping back up. For, again, I need to see someone who is all about Jonathan. He is too precious for Nancy.

Uh, would it be wrong to say Dustin is my least favorite of the party? Not in a, “I hate him. He sucks. I hope his character gets killed off!” kind of way. More so, while he has his moments, he is such comic relief. Not even in a hilarious way but more so, if he wasn’t a kid, he would probably come off annoying.

Making it sad in a way he is paired with Steve who is kind of wandering about on this show like a zombie. Like Lucas, to a point, there isn’t anything big happening with him and with Nancy hanging with Jonathan and him a sap, you gotta wonder what they may do with this character going forward? Will he win Nancy back, find someone new, say his goodbyes or maybe even die?

Being that Murray seems a bit of a creeper, he too I’m trying to figure out what may be done with him. Both short term and long term.