Wherever I Look
Recaps, Reviews, and So Much More
Home TV Series Stranger Things: Season 1/ Episode 5 “Chapter Five: The Flea and the Acrobat” – Recap/ Review (with Spoilers)
TV Series It’s the day of Will’s funeral and while the fake body is being put into the ground, the search for the real Will intensifies.

Did You Ever Really Care?: Lonnie, Joyce 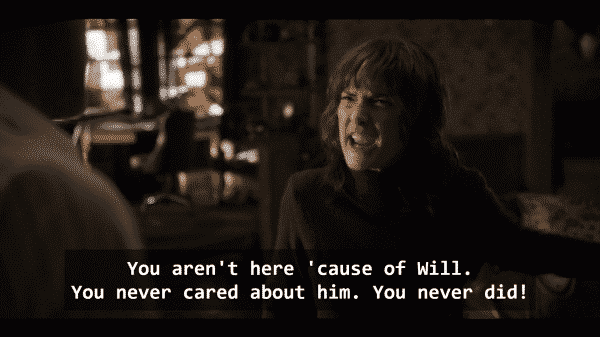 For reasons which come off very suspicious, Lonnie shows up and seems to want to be the perfect dad now. On top of that, he wants to be there for Joyce and really put in some effort. This coming from the same guy who couldn’t be bothered answering Joyce’s calls not too long ago and barely interesting in Will’s disappearance when Jonathan visited him.

Well, lo and behold his interest in Will solely stems because he thinks he could get a payday. He got a flier from a lawyer and seemingly wants to pursue a case. However, with him not being supportive of this idea Will is alive and him seemingly just wanting to get involved for cash, Joyce throws him out. For while Jonathan could use that money for college, especially since he wants to go to NYU, it’s the principals of the matter. This man coming around, for once giving a damn about his kids, just because it could pay off some debts! The nerve…

It isn’t clear what Hopper did as a cop in the city, or before that, but apparently, his training was so good that he could break into a government facility. One which he gets so deep into that he almost gets to the Upside Down. But then he gets knocked out and his home bugged. Thus leading him to become a bit off hinged like Joyce. Someone who he tells the body that was put into the ground, it wasn’t Will’s. Thus giving her someone who unequivocally believes what she says and not just to humor her.

After hearing Will on the radio, now there is a serious desire to figure out where he is and how to get to him. It all begins with Eleven giving the place a name and it clicking what it meant when she flipped the boys’ Dungeons and Dragons board. But now the question is, how to get there? That is where Mr. Clarke comes in. He provides the kind of explanation which helps give Dustin an idea. For some reason, compasses seem to be way off and the idea is that there is some energy or power throwing things off. So, this leads to the idea that if they go north, they’ll find the source and likely the portal to the upside down. 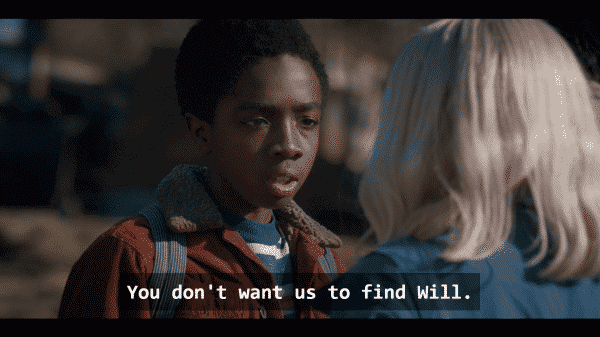 Something which Eleven is trying to prevent no matter what. If only because, while trying to be a spy for her “Papa” in what is known as “The Tub,” she ventured to the Upside Down. Not like this creepy, spider web-like place we are used to. It was all black, water on the ground, and yet the monster found her. So she decides to mess with the compasses to keep the boys from getting to the portal. Something Lucas figures out and calls her out on, leading to him and Mike tussling since he is her greatest defender.

Leading to her eventually pushing Lucas, with her powers, to the point he is knocked out for a moment. Thus scaring Will and leading to Lucas walking away from the whole situation. As well as Eleven, scared of what she just did, disappearing.

Leaving Nancy and Jonathan. Their closeness comes to a bit of a rough patch. For while they grow close and share dreams and fears, as Nancy finally addresses Jonathan taking creepy pictures of her, so leads to them calling each other out. Nancy sort of starts it by noting Jonathan might be the weird kid everyone sees him as and he counters with saying Nancy will end up like her parents in a loveless marriage in some cul-de-sac. Something she doesn’t wish to be in but he figures she’ll grow used to due to fear, among other things. 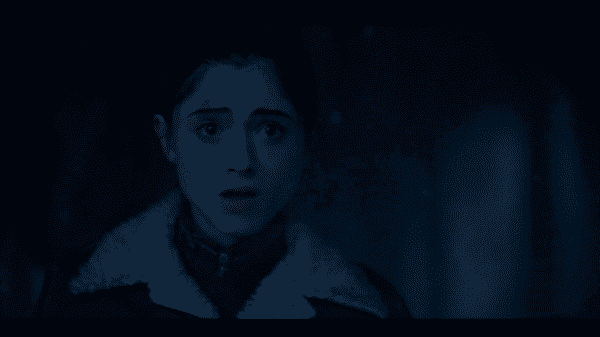 But, despite their fight, they stick together to look for Barbara and accidentally encounter the monster. Something that leads Nancy to have a white girl in a horror movie moment as she follows a carcass the monster snatched into the Upside Down.

Finally, Jonathan Is Called Out 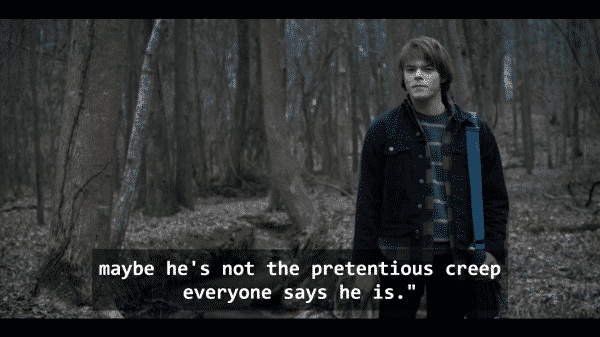 It was weird from the start that Nancy wasn’t creeped out by Jonathan. Not because he was off-putting, but because of that picture thing. Him stalking her and her friends should have been a major red flag. Much less, the question should have been asked, “How many pictures of Nancy do you have?” Because Jonathan outright makes himself sound like a voyeur. So to not question if he often takes pictures of girls undressing or people in intimate moments, I’m surprised didn’t come out.

But, at the very least, Nancy called out him trying to describe her picture as something like “Someone pretending to be something they’re not.” Which wasn’t as far as she should have gone but I guess with Jonathan being the only one making an effort to help with Barbara, she is willing to deal with Jonathan’s weirdness.

Hopper Really Broke Into a Government Facility That Easily?

Sci-Fi shows require a certain amount of acceptance of what likely doesn’t and may not ever exist. However, I don’t think anyone can say that in a government facility, which houses beings like Eleven, Hopper should have been able to get as far as he did. He knocked out one of the heads of security, snuck around downstairs, and combine that with him gaining access to Will’s body in the last episode and it really makes you wonder if the Department of Energy had budget issues at the time? For such sparse security, and what they have being so unprepared, seems ridiculous

Lucas Wanting To Go To The Upside Down

Luca, I thought, was supposed to be the voice of reason. The kid who realized, at a certain point, they were in over their heads and need adults. Yet, despite how Eleven talks about the Upside Down, he is for venturing off to this place without a whole lot of complaints. That, to me, came off a little uncharacteristic.