You may have thought the reveal of Star’s baby would be the big surprise, but oh it most certainly is not.

Issues Which Could Have Been Avoided: Miss Bruce, Bobby, Noah, Angel, Mateo, Simone

One thing Star consistently gives us is dramatic mid-season finales. So, with that in mind, it is hard to not speculate what is going to happen to who? Angel shows up to the Rhythm and Bells performance so is ICE going to pick him up? Nope. Mateo seemingly sympathizes with him so he may not allow that so Simone seemingly will have a pleasant Christmas. Even if Nina has kind of gone poof on everyone.

What about Noah and Bobby? Bobby denies being with Miss Bruce and Noah catches him in that lie. Nope, they end up okay in the end. Noah just wishes his dad would stop lying. As does Miss Bruce who isn’t down with being anyone’s secret. Especially since they know Noah does not care.

Leading you to think it would have to be Derek right? The boy has a gun, learns Mike-Mike raped his grandmom, and she even pees her pants upon seeing him. Surely he is going to do something dumb right? Either kill someone or get killed? Nope.  Alex takes the gun and puts it on the coffee table and Ruby just poisons Mike-Mike. All the while, Alex and Derek get back together without him even talking about being an informant. He just gets to sweet talk her and they get back together.

But what about Star? Well, it is revealed to us, unless she has been sleeping with another Black guy, Noah is the true baby daddy and with that, Jackson is out. As for how the mix up happened? Well, between the doctor and Star, the math was done wrong and now here we are.

With Cassie out of jail, and knowing Xander ain’t s***, she decides to steal a flash drive which has all of his secrets on it. In return, he kidnaps her great-nephew Jayden. It doesn’t end there. After Noah reconciles with Bobby, after learning he is a father, he ends up in a car accident looking at a picture of his son. We’re not done. Charlene, the one who killed Brody, Arlene’s twin sister, she’d back for some reason. Oh, and Calvin, well he has Alzheimer’s. Hence why he doesn’t remember molesting Carlotta. Though how he forget that yet knows Carlotta’s address, and decides to show up this Christmas, is anyone’s guess. Especially after she confronted him last week.

The Storylines to Come

With Noah knowing about Miss Bruce and Bobby, does this mean those two can officially become a couple now? Open, loving, and plain old cute? Also, with noting Noah, what does having a baby with Star mean for their relationship? Will they just co-parent, assuming he survives his accident, or will old feelings rekindle?

Speaking of old feelings, will Nina intrude on this Angel x Simone reunion at all? Also, is Mateo seriously going to help out of kindness or will this be his means of keeping Simone in line? Much less, away from his wife? I mean, surely he isn’t completely oblivious right? Even if he has been gone for a bit.

Oh, and what about Alex, Derek, and Ms. Ruby? With Mike-Mike gone, does that mean normalcy again? Will Derek and Alex be back together and Ms. Ruby throwing shade and talking s*** to everyone she passes? Heck, can we get a Ms. Pat and Ms. Ruby scene? Imagine them squaring off.

Every Star finale, be it mid-season or season finale, has high-level drama. The kind which, when it happens, seems over the top and unnecessary but usually, after unpacks everything, we get something satisfying. Well, outside of the Cassie and Carlotta standoff which got Christine shot. That was a letdown. Also, Alex’s plane crash made it seem all they know how to do with that character is tack on sorrow. Then there was Arlene disappearing and… well, let’s just say this show has a mixed track record.

But perhaps the biggest issue comes in the form of Charlene coming back. We haven’t seen or heard a word from her since episode 12 of season 2. The episode she killed Brody and seemingly that would be it. She got her revenge. But I guess she has a bone to pick with Star since she was the cause of her family’s downfall. So, naturally, she has to ruin Star’s family – even though losing her mom and dad pretty much messed her up enough.

Also, I would bring up Jayden’s kidnapping but honestly, while the kid is a bit better than he was when we met him, I’m not all that attached. Not to say I’d want something happening to him but let’s be real for a moment – they ain’t going to kill a child on this show. Yes, they killed Hunter, Karen, Arlene, Brody, Noah’s best friend, and a few others, but they aren’t going to murder a child or have someone murder a kid. It’s just not realistic. So the real question is, are they about to write off Xander since you know Cassie has to be there for this Calvin storyline. Especially since he has Alzheimer’s. 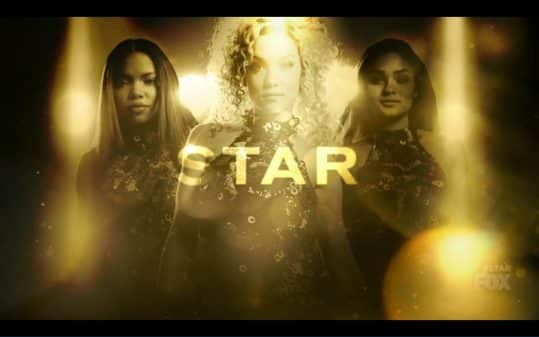