A lot of family drama gets addressed, but only a handful of it gets resolutions. Can you guess which one?

Putting It In The Music: Alex, Derek

Alex and her father are in a very public battle. He has her car repossessed, she makes a song about him, and Derek is just there watching. Seemingly knowing he should get further involved but trying to keep things chill by noting Alex’s last name will change soon. Which doesn’t fix things but seems better than really getting between those two. Giving up Davis remains a huge issue in the Star x Noah clan. Simone questions why she can’t be given Davis, Noah and Diane are flipping out because of it, and Diane even threatens Star. Mind you, this is after Diane realizes Star maybe postpartum so this raises some red flags on how crazy is Diane if she is willing to hurt someone she knows isn’t mentally well. After all, let’s take into account Star’s career is stalling, she can’t sing, which is the only thing she knows how to do, and is at the point of taking drugs from a sketchy nurse since she has no other choice. Clearly, life is a bit much for her right now.

However, despite that, people looking at Star sideways, Diane busts into her home and threatens her, and clearly, no one is really that invested in Star’s mental and emotional well-being. Thus explaining why Star was thrown off when Jackson, who is dating Amber Drake apparently, just let her and Take 3 use one of his songs without issue. She was prepping for a fight and shocked she didn’t get one. At least until she decided to start with him.

But speaking of fights, Angel is still alive and getting on Simone’s nerves. Maybe not to the point of divorce but with him talking about how Simone might be antagonizing people for the fame, not the cause, she is a bit insulted. Yet, with the danger she is putting herself, and him in by extension, can you blame him? He is barely able to stay in the US without looking over his back, and now he has to live out the life of the wives of many civil rights leaders. Wondering when he, and his family, might be attacked.

Which of course could be a whole other issue. With all this immigration stuff, Angel’s career has gone dormant. He doesn’t touch a studio at all. He just worries, waits for Simone to pop up, and sometimes babysits. That is the summary of his life right now.

Before Cassie learns the truth, she continues to go hard for Rashad and push him – despite Carlotta’s wishes. This includes even working with Lil’ Dini, who is still somehow around, she plans to make him a gospel cross-over artist. However, once she learns that Rashad is Carlotta’s son, which Carlotta pieced together from talking to Rashad’s dad? Oh, she shuts it all down.

This, of course, leads to Rashad asking why and Carlotta being upfront with him. Leading to him having a breakdown and going to who knows who for consolation. All we know is Carlotta got a billionaire in Randall to cozy up to who can not only blow her back out but also give her the job which could come after Gravity media.

Balancing The Drama & The Heart 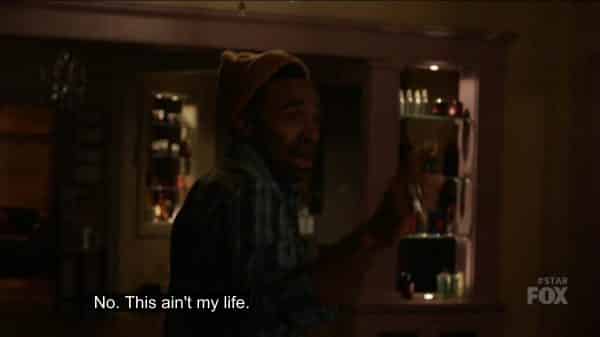 There is a beautiful balance right now between the kind of drama Star is known for and finding depth to each situation. Take the Rashad scenario. That being her son was clear for quite some time, since it isn’t like we’ve been directed to think it was someone else. However, how the show is handling it doesn’t feel like how a soap opera would, but it is addressing Carlotta’s pain, Rashad’s, and is setting up the family shock since Cassie wasn’t 100% sure how to process that.

Then with Star, while Diane definitely needs fine-tuning, since Elise is doing way too much right now, her noting Star having postpartum seemed like a “Duh” moment that didn’t register until she said something. Now, I’ll admit, her saying that then being ready to beat Star seemed like Diane may need to diagnose herself, but it gives depth to Star, alongside the dozen other things going on in that woman’s mind. Leading you to be able to justify, or rather understand her actions, rather than think she is going off the deep end for the sake of drama.

At this point, the music has kind of fell off and has gone from something you had to cop to something you either sit through or gives you time to check on what other people are saying on Twitter. Assuming you tweet along like we often do. However, Cassie and Carlotta, if not the gospel music this show has increasingly been doing — period — has been given this show new life. It stirs something in you and really gets you in your emotions vs. feeling like Take 3 needs a new era since all the songs sound like they from the same album.

While Diane can improve, as Cassie did, I hope we don’t have to wait a season and a half for that to happen. Kimberly Elise can act, but it seems she also needs someone to not just bow and give reverence but also a note and rein her in a bit. Because she is one of the few who are treating this like a soap opera and while being extra isn’t a terrible thing, this show seemingly is trying to evolve, and she doesn’t seem willing to adapt to the new and instead is rooted in the old. You know, perhaps the problem with Angel and Simone is the same issue when it comes to Alex and Derek. It isn’t because their relationships are too ideal but because their relationships are so one-sided. Derek’s whole activism thing no longer exists and Angel being a singer, a record producer, that pretty much is dead as well. Making the fact a member of the paparazzi bringing it up a surprise since you’d think everyone would have forgotten this one, maybe two, hit wonder. Assuming his song with Andy even climbed up high enough to be considered a hit.

Alex vs. Her Dad

They really did cripple Alex by having her parents played by Naomi Campbell and Lenny Kravitz. For now all her beef is going to be without someone to play off of since if they don’t have the time or like the story, they are going to be absent. And honestly, it is really hard to get into her story when she is mad with someone who isn’t there to defend themselves but is spoken for by her or some random lawyer.

I get keeping an attractive actor is always a good idea, even making it seem him and Star could be a long game couple. However, pairing him with Amber Drake, to remind you she is supposed to be relevant, makes me roll my eyes. Especially since they are portraying her to be a little nasty now, in both a fun and bad way, with the ass grab and shoulder bumping Star.

Yet, who knows, I try to keep Cassie in mind with all characters since I wanted her to be killed off or just written off and I’ve grown to love her. Maybe Jackson can become more than an ex who refuses to not find a way to remain involved in your life.

It seems someone is tinkering with the formula on Star as it figures ways to make every sensational moment have depth behind it. Really showing, unlike many shows, Star has the capability of getting better rather than growing desperate to retain the ratings it once had.