“The Reckoning” has one, maybe two, happy moments, but it ain’t enough for all the mess we get put through.

For The Girls: Cotton

To some surprise, Cotton is still working at Karma. Granted, she seems to be a manager now, but she still is up at that old club. Which might be to the benefit of some of the local trans girls for with Cotton’s former pimp, the one who gave her name to her, beating up a whole bunch of the girls, she might be the only one to save them. One way or another.

Noah is having a very hard time as a single father. Not because he doesn’t have a community but more so because his issues growing up are starting to affect his kid. Mostly the issue of not asking for help until he basically is on the brink. Leading him to call his dad but with him not picking up, Davis crying, Star in a medically induced coma, the man decides to pop some pills. Leading to him dancing and singing like a food, trying to heat some formula and causing a fire. One he doesn’t notice since he passes out.

Leading to you fearing the worse since Star already has lost consciousness, didn’t get a solo nomination, has all this drama with Charlene, so her home burning down would have been far too much. Luckily, Simone shows up, and Noah’s forgotten girlfriend Megan, and Simone swoops that baby up and leaves. Then, after Megan is sure Noah will live, she leaves as well.

But, while things are hard for Noah, at least he isn’t suffering alone. Gigi, while not ready to OD, is going through it thanks to her aunt’s suicide and one reporter who has no decorum, she is spiraling. Thankfully though, Alex sees all this, and in trying to be there for Gigi, she may have made peace with her. Then, to top off the night, after Derek talking about marriage, Alex proposes, and he says yes. Giving us one situation to be happy about.

As she came, she may also exit. Cassie has done nothing but stir up Carlotta’s life, and in what could be her final acts, she reveals to Xander she has spoken to the feds meaning he, and likely she, are going down. Thus leading to him maybe shooting himself in the head. Then, as a going away gift, as Carlotta deals with Mateo costing them a whole lot of investors, Cassie reveals she may have found Carlotta’s son. Someone she seemingly had no desire to meet considering what happened to cause his birth.

Simone Singing Come On Back There is nothing better than a good call back to reward longtime fans. So Simone singing that song while Star was in a coma, like Star did when Simone was in one during season 1, it had me in my feelings.

There are only five episodes left this season, and you know how Star is. With this show, you can’t have a finale without someone nearly dying, character being killed off or just plain gone without much fanfare. It’s how the show tries to stay fresh and has, to a point, done well in doing. Making Megan being gone, as well as Xander, wonderful if that’s true. However, if Cassie is exiting, I must admit it’ll be bittersweet. Granted, I couldn’t stand her at first, but she has grown on me.

Cotton Having A Storyline Again, And Maybe Miss Bruce Later On

However, with her gone it could mean Cotton and Miss Bruce can come back to prominence. Cotton hasn’t had much to do or say outside of her son, who we barely see anymore. Then, with Miss Bruce, that train they were on with Bobby? Yeah, we haven’t seen that man since the show returned and it put Miss Bruce back into the position of being a one-liner Betty. Making it feel like that character took major steps back after the leaps forward that were long overdue for the character.

These two are the only stable relationship on the show and have been through so much. Which is probably why, like an old couple who barely leave the house, they are just so boring. I mean that in a good way. They are boring because they have gotten past the craziness, the excitement of new and young love. At this point, they found peace in one another and sometimes that’s all you could want and ask for.

Hence why they keep throwing curve balls at them since they likely know a functioning relationship is dull as hell. 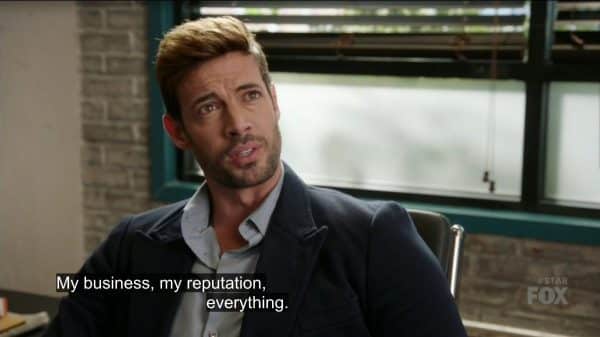 But not all drama means engagement. The whole Mateo losing investors and Carlotta inspiring him to get back on his game… it’s a no for me dog. Mateo has begun to run his course and him going back to his roots hasn’t really reignited interest in the character. Heck, him helping to make Atlanta a sanctuary city was so rushed it sort of took away from whatever oomph he could have gotten from that. Leading me to hope like old girl from season 2, he just up and disappears by the beginning of season 4 and this show just focuses on the core, long term, characters.

Cotton Having A Storyline Again, And Maybe Miss Bruce Later On - 85%