With vampires and werewolves having long saturated the market, FreeForm decides to tap into the mystical creature known as mermaids to a decent, but not overwhelming, new program.

Table of Contents show
1 The Introduction
2 Highlights
2.1 Maddie and The Possibility of Native American Representation
3 On The Fence
3.1 The Government Involvement
3.2 Local Politics and the Pownall Family Legacy
4 First Impression: Mixed (Stick Around)
5 Follow Wherever I Look on Twitter or Like us on Facebook.
5.1 Watch: Here [External]

In the town of Bristol Cove in Washington state, mermaids are perhaps the biggest tourist attraction. Not because there is a general consensus that they exist, but more so because one of their founding fathers believed he met and fell in love with one. At least that is how the legend goes. However, depending who you ask, like the mysterious Ms. Hawkins, the story was not a love story but one of survival. Of which the Pownall family seemingly came out the victor for their affluence and “charm” has left them powerful in the town.

But, 150 years after its founding, it seems what most consider Ms. Hawkins fairy tales may actually be true as one ship’s crew catch a mermaid, have one of their people, Chris, attacked, and after calling for help get met by Navy Seals. Leading us to meet Ryn, a mermaid searching for her friend and finds herself suddenly having legs and trying to deal with humans. Some who, like the founder’s descendant Ben, are kind and helpful, but others, like Donnie, who are creeps.

Leaving us to wonder, with Ryn being forced to come on land to find her friend, and her friend held in a military facility, is there any chance she can be saved? Can Ben’s family, Ben on his own, or Ben alongside girlfriend Maddie, her cop father, maybe even Chris’ friends, rescue them both – since Chris is being held as well? Only time will tell.

Maddie and The Possibility of Native American Representation 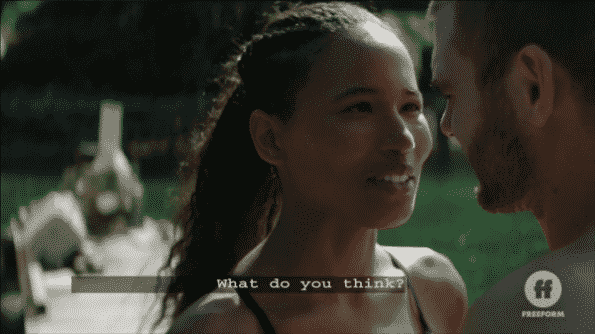 When it comes to FreeForm, the most interesting characters on the majority of their programs are rarely men – it’s the women. Siren is no different and in the form of Maddie, we get quite the package. First, and foremost, based off her look and the way her dad talks, it seems like her family is Native American and when it comes to representation, finding native characters, outside of a video game, is difficult unless you are specifically searching for them.

But beyond her ethnic background, what Maddie also does is make Ben interesting. She is this cool girl, who might just be a bit too brown or “wild” for Ben’s mother’s taste, and it seems something has happened with her mom. What exactly? We don’t know. However, considering what we saw with Ryn, it could very well be her mother was a mermaid who had an extended stay on land.

It should be noted this recap/review is just of the pilot and doesn’t include the 2nd episode. However, first impressions are everything and if a government agency is playing the villains here, they aren’t made to be that interesting. Now, it could very well be there won’t be an evil presence in the show and just different perspectives to the same question of how to handle the mermaid phenomena. But, even with that in mind, there remains the conflict of the government holding a mermaid and human for testing and no one of their ranks standing out. 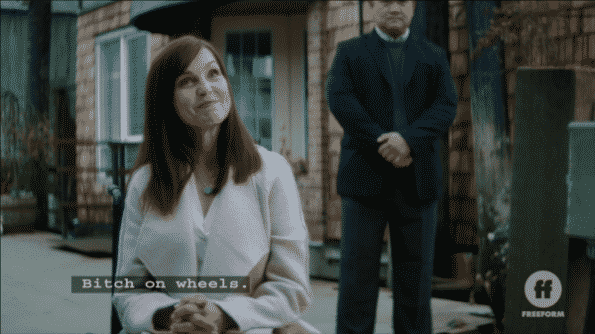 While Ben’s mother, Elaine, does push the idea there is more to their family than what it seems, her talking like this is a soap opera doesn’t really intrigue you to know more. If anything, it helps you understand why Ben rather spend time around marine life and Maddie than show up for his family’s events.

Whenever a show is using a legendary monster to prop itself up, you recognize instantly it isn’t going to have a long shelf life if the characters surrounding the legend aren’t interesting. Which is the essential problem here. While Maddie and the possibility of Native American culture being exhibited is interesting, you don’t really have much else to sell you here. Ben comes off so basic he could be a 70s or 80s action star, as do most of the men we meet on the show. Ms. Hawkins is cool and mysterious, but you can tell she won’t be more than a reoccurring character and then when it comes to the mysteries of the show, be it what the government wants with mermaids, where Maddie’s mom went, or just mermaids in general, there isn’t this need to know what happens asap. No actor presents a sense of urgency or star power to the point they can compensate for the rest of the show.

Hence the mixed label. Siren does seem like the type of show which will gain a dedicated audience. However, it also seems like the type of show where, after about two seasons, its best days will be behind it and it’ll find itself drowning to reclaim its former glory. Really pushing the idea that maybe FreeForm needs to start investing in mini-series considering the premises they work with.