Wherever I Look
Recaps, Reviews, and So Much More
Home TV Series She’s Gotta Have It: Season 1/ Episode 7 “#HowToMakeLoveToANegroWithoutGettingTired” – Recap/ Review (with Spoilers)
TV Series

We dive deeper into the beginning of Nola’s relationships, particularly Greer and Jamie’s, and see why they’re so in love with her – beyond sex.

Table of Contents show
1 Previous Recap: Episode 6 “#HeGotItAllMixedUp (Dyslexia)”
2 Out of Place and Pedestrian: Nola
3 You Know The Way I Feel About You: Greer, Nola
4 Love vs. Duty: Jamie, Nola, Cheryl, Virgil
5 Other Noteworthy Facts & Moments
6 Question(s) Left Unanswered
7 Highlights
7.1 This I Why I Love You
8 Catch Up or Follow Along: Here [Netflix – External]
9 Follow Wherever I Look on Twitter or Like us on Facebook.

Out of Place and Pedestrian: Nola

The words in the topic are how Nola’s art was described and it just kills her. Her first big gallery opening and it really does appear she was only there because of Clo and not because she deserved to be. Thus sending her into a bit of a downward spiral.

You Know The Way I Feel About You: Greer, Nola

Thus far in the show, when it comes to Greer’s relationship with Nola, it seemed to be all vanity. She thought he was beautiful, the sex was good, and he found her interesting. But we never got into the heart of why this man, a guy who seemingly can’t walk into a restaurant without seeing a handful of women he does or did talk to, was with Nola.

Which is no shade to Nola but Greer and her haven’t had the best relationship. Usually he is saying or doing something dismissive and each time Nola returns to his space, honestly, it makes her seem like a gluten for punishment. Why else would you deal with a narcissist, who you clearly know is way into himself? Unless it is just the sex? 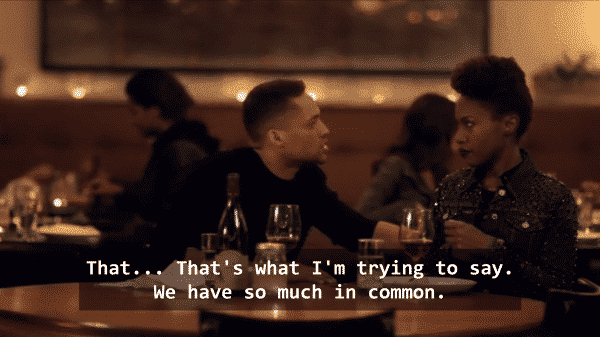 But, like we see with Jamie, again, and sort of got to with Mars, now Greer gets to help us understand why he just can’t let go of Nola Darling. Much less, why he wants to be exclusive with her. You see, continuing this sort of “Double Consciousness” narrative, like Jamie, Greer is allowed to tap into different dimensions of his person around Nola. Greer loves art, fashion, and beauty and with Nola being a creative, she gets it, she rides with it, and also, she calls Greer out when needed.

Something he finds so attractive for Nola isn’t falling head over heels and is all goo-goo eyed. Greer is a flawed person and she doesn’t put up with it. She shows it in her art of him, expresses her displeasures verbally and makes him work for her time and attention. And needless to say, Greer may not be used to a challenge, much less competition from a woman like Opal, but he is intrigued and stimulated by it.

Revisiting that “Double Consciousness” thought, with Greer noting his lineage, that of a white French mother and African American dad – much less one who was a panther, Greer finally becomes more than a cornball. As he explains the difference between being Black, or even bi-racial, in France and in the US, as well as the conversation around that, it pushes you to realize how complicated he finds his identity. Almost in a way that reminds me of Ms. Raqueletta Moss.

Stick with me here. Take away the abuse angle and replace it with feeling like you aren’t Black enough, you can kind of see why Greer has to reassert his beauty. For there could have been a time when he wasn’t allowed to feel that way. Him noting he is a bi-racial god, or whatever, is him trying to embrace both sides vs. just choosing one. And I bring up Raqueletta Moss because she too is trying to reconcile multiple identities into one person. Something she likely had long struggled to do but figured out a way to cope. For her, it is by separating the “I,” the personal, from the name, Raqueletta Moss. For Greer, I see it as him often putting this persona, this ego, as his shield, and keeping the Greer, this mixed kid from France, behind that. 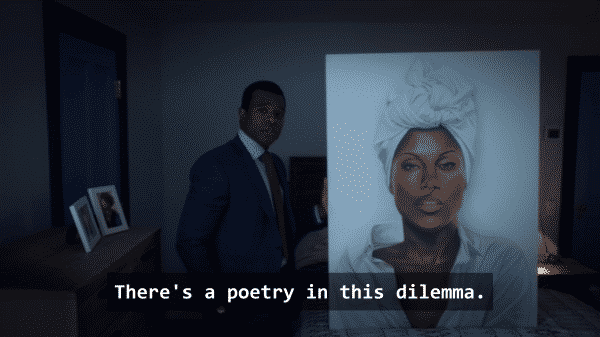 We finally get to see how Jamie met Nola and unfortunately it isn’t the same awe-inspiring way we saw in the movie. Yet, what we do see reinforces how much Jamie loves that Nola is the type of woman he can relish in his more “urban” side with. That is, talking about Jay-Z and what not, while also talking about art and how some artist likely inspired Jay-Z’s lyrics.

But here is the thing, Nola maybe someone Jamie could absolutely fall in love with, but then there is Virgil and Cheryl. He made a commitment to both, especially his son, and it is hard to break that. Especially with someone who is openly seeing other people and you can’t be sure is willing to go exclusive. Making it where, let’s say Jamie outright left his wife, there is no guarantee that after he makes that leap, Nola will be there for the fall. Hence why, even though things are rocky, it seems Jamie may have made some attempt to reconcile with Cheryl.

This I Why I Love You

While Jamie has long since made it clear, at least to us through his interactions with Cheryl, it was nice for us to see a true, lacking conflict, interaction between the two. Thus solidifying a few theories. Then with Greer, it truly felt like he finally grew up a bit and revealed himself to us. For truly, up until this episode, like Mars in a way, it seemed Greer wasn’t someone to take seriously. As if we shouldn’t look at him as a potential person but just a character. Someone who shows a different side to Nola and doesn’t have the same offerings his movie counterpart did. That is, being the lover, boyfriend, or F-Buddy, as Greer calls himself, who shows Nola the finer things in life.

But now things have come together nicely. He may not be globetrotting but we see what he gets out of Nola and maybe what Nola gets out of him. For while Mars is quick to hype up and Jamie is quick to use money to fix Nola’s issues with her artistic career, Greer just understands. Just as Nola is capable of understanding him beyond the façade he puts up.

Thus making it where now, at this point, while Greer may not be the strongest contender for Nola, Mars and Opal have more than each other to look out for.