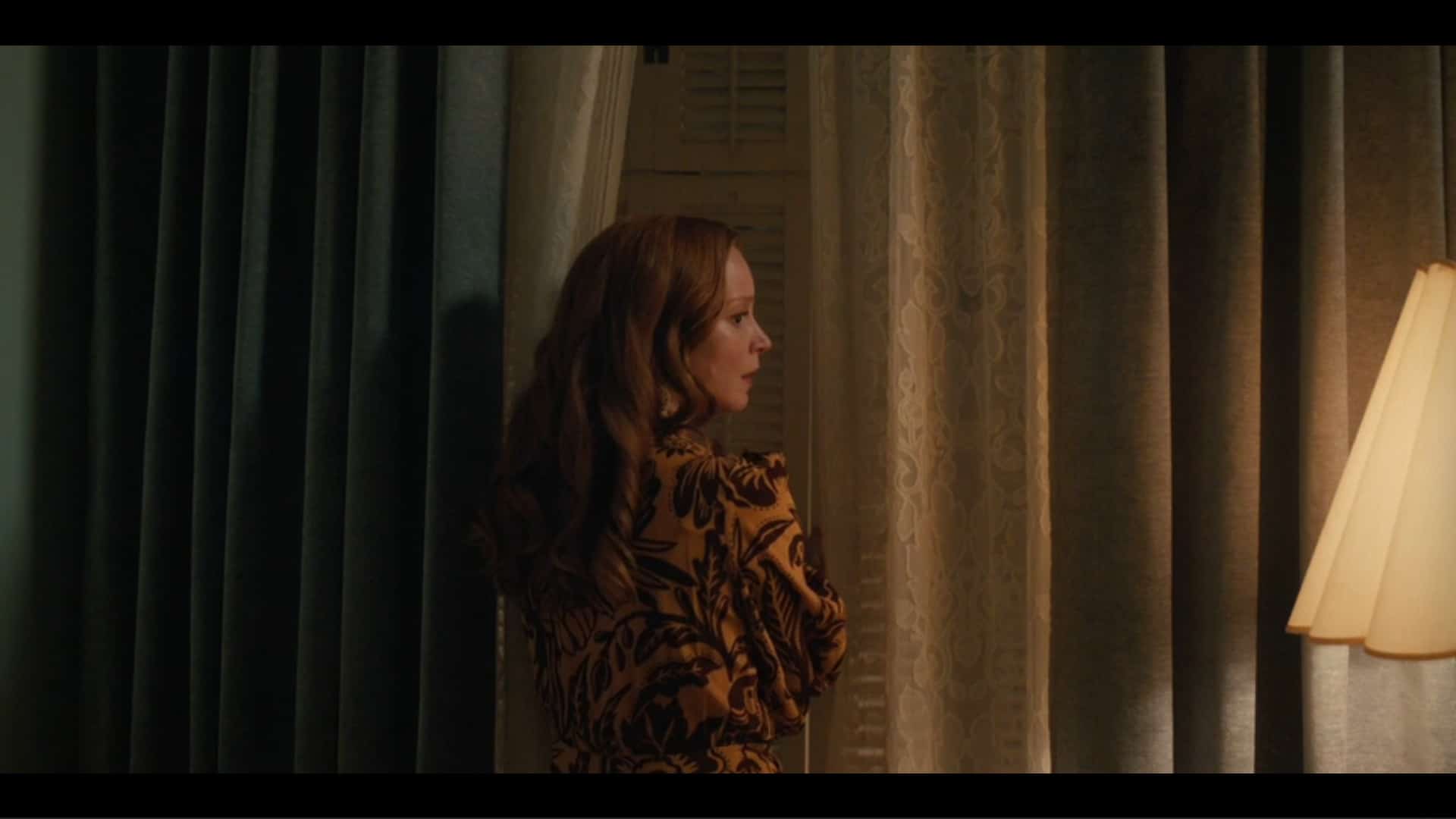 Information about the homeless kids is finally given as Minister Nancy comes over for a dinner she’ll likely regret.

What Happened In The Park? – Leanne

As we saw, Leanne was attacked in the last episode but, thankfully, rather than drag it out, we learn this episode what happened for the 18 or so minutes Leanne was in the park. So what happened? As Leanne was about to be killed, the homeless kids took her assailants off of her and killed them. From that point, they reveal themselves to potentially be kids Uncle George was tracking or supposed to look after. Thus making it seem these are fellow escapees from the Church of Lesser Saints. Hence why the guy kept wanting to talk to Leanne and even check on her. Now, it isn’t clear how they know Leanne, but she doesn’t know them, but maybe that will be revealed in the future.

Why Is Everyone Worried About Me Being Worried? – Dorothy, Leanne, Sean, Julian

With Sean repeatedly being called about returning to Gourmet Gauntlet, Dorothy finds out and encourages Sean to go. However, with knowing what happened last time, Sean isn’t sure about doing so, and neither is Julian. Yet, for Leanne, she considers it okay since she is here now.

But, with Dorothy seeing Leanne chased throughout the house, she is back to worrying about the family’s safety, and while Sean isn’t made aware of the chase yet, this might become another reason he feels the need to stay.

Leanne is outright antagonistic towards Nancy. She comes in trying to be nice, field rude questions, Sean forgetting she is vegan, and Leanne’s dead-eyed stare. But, while able to weather a lot of the ignorance thrown at her, Leanne bringing up Nancy assaulting her mom in 2012, who had dementia at the time, that went too far. With that, Nancy seemingly is done with the Turner family, including Sean, and that seems to be the end of that.

Well, until Sean checks in with Leanne, who just recently smoked weed for the first time with Julian, and he asks her what was up with that? Leanne’s answer? She makes it clear that it needed to be done, and she is on his side. Hence what she said and did. But now, she needs him on her side, and there to be reciprocity moving forward. Especially if and when he takes that Gourmet Gauntlet job. 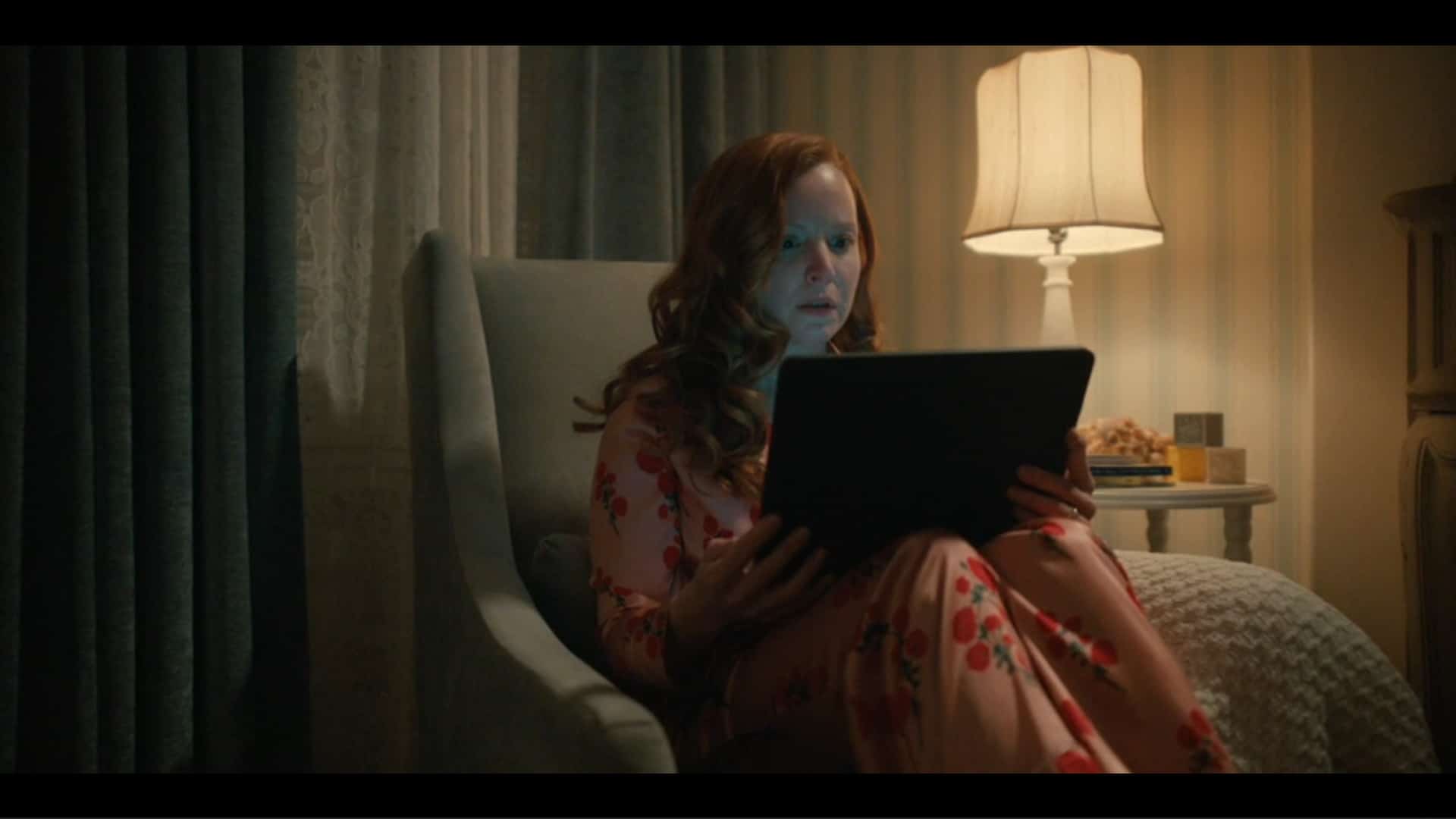 A position that, during dinner, Dorothy seemingly forgot but with watching the video of Sean doing the show, it seems to trigger something. Now, whether it will be the truth she has long buried? That’s hard to say. All we know for sure is that something got jostled loose and could cause some trouble in the next episode.

Beliefs are grounding. Whatever they are.
— Nancy

Finally Learning Something About Those Kids

Who are the kids, why are they here, and so many questions have been left in the air since their arrival. Now it seems we’re finally starting to make some headway. They are, potentially, exiled or escaped members of the Children of Lesser Saints, but they don’t have the luxury or privilege of having a home like Leanne. Yet, with seemingly knowing Leanne’s story and needing her protection, they stay close.

Heck, despite her pushing them away, maybe they see her as an unwilling prophet they just had to prove themselves to? Maybe they even saw Sean’s grace as a sign she hadn’t completely forsaken them? It’s all hard to tell since we don’t even know a single name of one of these kids. The only thing we know for sure is they likely are allies and not foes. 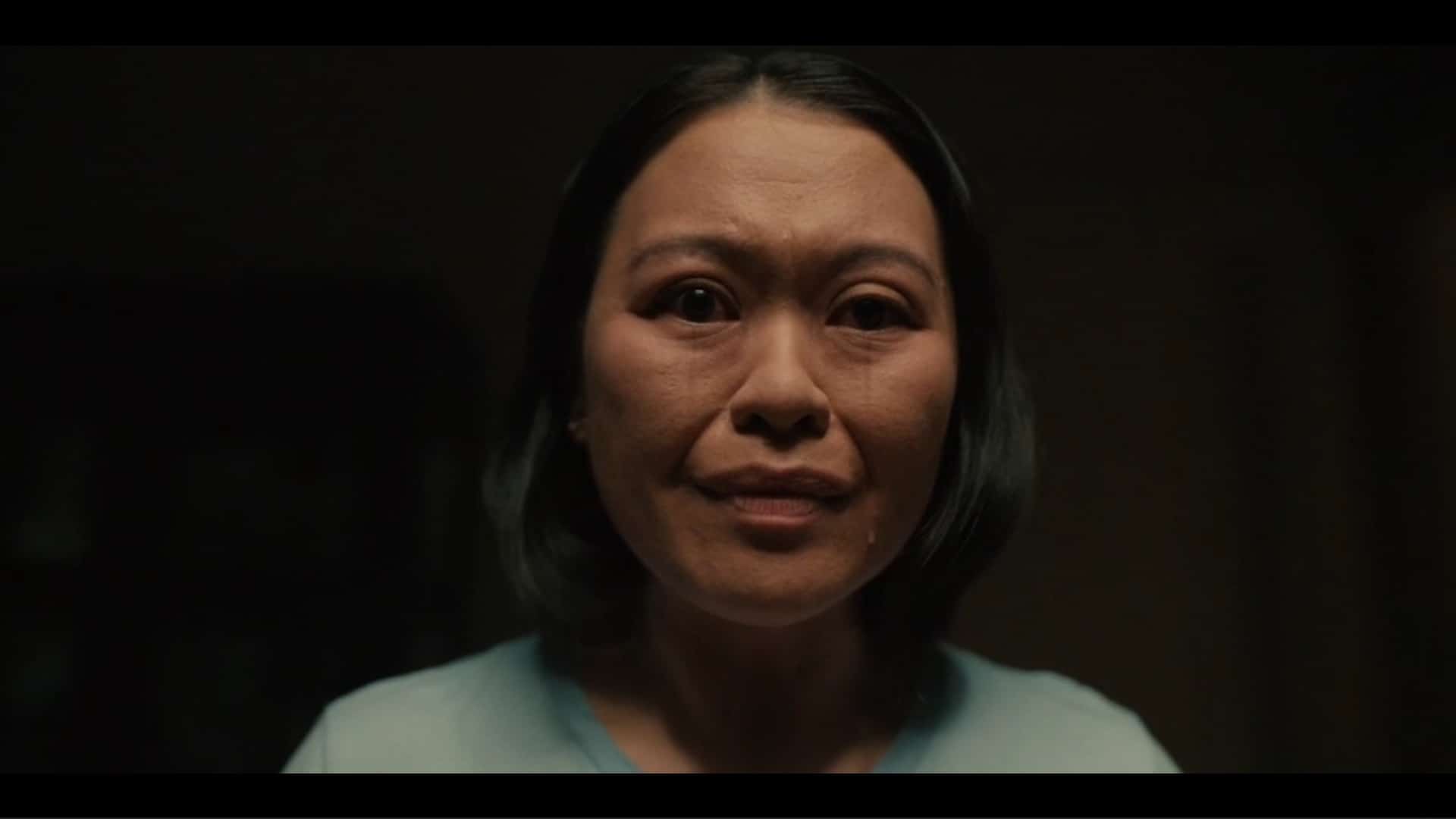 Servant rarely has genuinely uncomfortable moments that justify it being noted as a thriller, horror, spooky, or anything beyond a tame, often slow, drama. Yet, in watching Nancy’s whole demeanor change, with a face twitch, and then tears, that was perhaps one of the rare times someone’s performance, not their makeup and clothes, lived up to the genres you see Servant associated with. For with being unsure what Nancy would do next, as you saw fury bubbling underneath the surface, that was the most exciting thing we ever saw.

Servant: Season 3/ Episode 6 “Fish” – Recap/ Review (with Spoilers)
Overall
While still moving at a snail's pace, Servant presents a reason to note what little progress it does provide. Especially as it can set up a grand showdown in episodes to come.
Highlights
Finally Learning Something About Those Kids
Nancy's Face Twitch
Disputable
84
Follow Wherever I Look on Twitter and Instagram, Like us on Facebook, and Subscribe to the YouTube Channel.