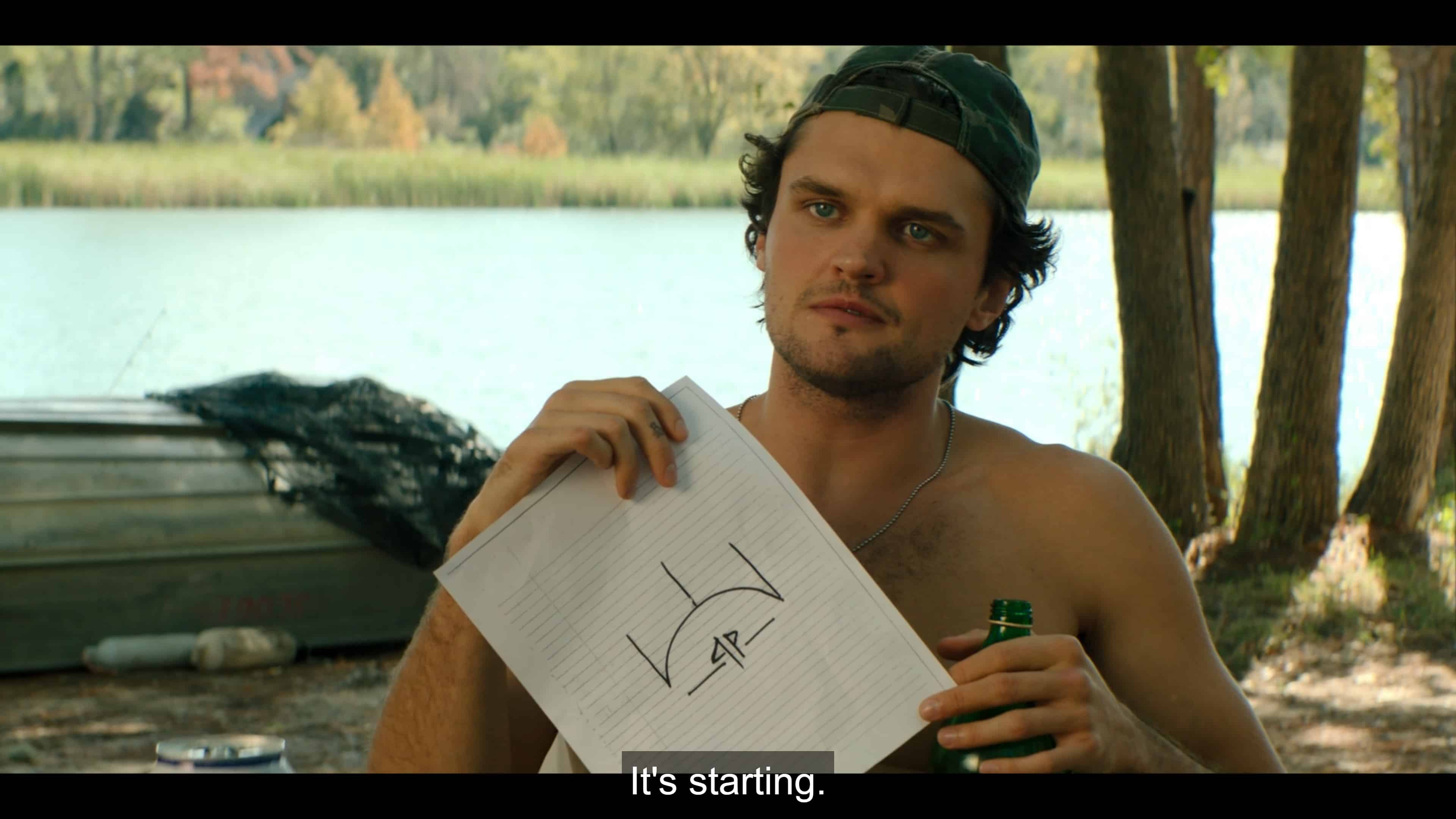 Panic seems like a potential sleeper hit for Amazon Prime that just needs to be discovered by the right people to blow up.

In a small town, where people live, breed, die, and repeat, there is Heather. She desperately wants to get out of Carp, Texas and has been saving for years so she can become an accountant, get a good job, and escape. However, with a mother like Sherri and her becoming an accountant not her dream, just a better reality than she has now, things are rough.

However, Carp is increasingly becoming known and infamous for the “Panic.” Now, what is this? Well, for many, it is the way out. You see, over the school year, many people, like a guy named Ray, collect money for the Panic, and over the summer, seniors who have just graduated are eligible to play potentially deadly games to win tens of thousands of dollars. Last year, two people died, but $30,000 was the cash prize. This year the cash prize is $50,000.

Because of this, Heather’s best friend, Natalie, wants that money to move to Hollywood and pursue being an actress, and originally, Heather was going to stay out of it. But when Heather’s mom steals her money to fix her car, that breaks something in Heather, and she decides to compete to the chagrin, and surprise, of many.

While Heather is a notable writer, according to Bishop, and the bedtime stories she makes for her little sister, she knows it is better to live in reality than hope for a fantasy to become real. So, her goal has been to become an accountant since that is a stable job and pays twice as much as her mother, Sherri, makes. But, being that Sherri is struggling and isn’t trying to win mom of the year, she sabotages Heather’s plans and forces the usually cautious, clean-cut Heather into a dangerous local game so she can get the hell away from Carp, Texas.

Dealt a bad hand one too many times, Sherri is at the point of drinking, smoking, praying her number hits on the lottery, and doing just enough to survive.

Unlike many, the idea is presented Ray isn’t trying to escape Carp, Texas, just make things a bit more fun. So when it comes to his participation in the games, it’s all about finding more things to do than creating a means to run away.

With aspirations to be an actress in Hollywood, Natalie knows she is going to need money, for California has a high price tag for dreams. So, with no other options, she has placed all her chips on winning this year’s “Panic” games, for it is the only path forward.

Quiet and reserved Bishop has had a crush on Heather for who knows how long but, like her, Bishop doesn’t appear to want to stick around. But, unlike Heather, his family doesn’t have financial woes, and his ticket to college is already stamped. So with this last summer, he seemingly wanted to spend it with his friends, alive, rather than worry about them possibly ending up dead.

A few years ago, there was this movie, Nerve, starring Emma Roberts with a similar premise. At least in the idea of young people battling it out for a major cash prize. The difference is, Nerve took things over the top and didn’t really push the desperation of its cast. In Panic, you can see everyone push the idea this show lives up to its name. Money is the sole thing that could get anyone out of this place, and considering even good workers like Heather are let go and can’t find employment, the desperation is real.

Then when you add in people often not leaving and feeling trapped, there is that real, late teens, 20 something panic of fearing if you don’t get your life on track now, you will be trapped.

There Is Barely Enough To Get Into Most Characters

As of the pilot, the feats seem like they’ll easily eclipse the players, of which there are approximately 23. For with past games including walking with a blindfold across a freeway, being chased by a dog, and the new round having people jump from a cliff in the middle of the night? While the games may not be fancy, you understand why a disclaimer about reproducing the acts is presented. It appears anything and everything, with enough time and resources, could be produced. Thus, that’s the hook.

But, who knows how long the games will be featured in each nearly-hour episode? So it makes characters like Heather good enough, but those who surround her? Eh. Natalie, we must admit, our interest in her comes from Jessica Sula being in Skins and our love of her former character transferring over.

No one else benefits from that, and it makes it so, even with Heather’s other friend, Bishop, clearly having a crush on her, there is no investment. Add in all the random people pushed to be white trash, red necks, or people who fit the horrors Heather pushes? It doesn’t make you want to invest in these people or even take bets on who may get far, tap out, or potentially die. Just like each one are given a number before the game, they are but numbers and forgettable faces by the end of the pilot.

Panic seems cool, but it needs to build up its cast stat.

Panic: Season 1 Episode 1 [Series Premiere] – Recap/ Review (with Spoilers)
Who Is This For?
Those who like watching teens behave badly, but rather than watch them do drugs, have sex, and deal with their mental illness, they want to see them risk their lives to escape a run-of-the-mill small town.
Highlights
Gives You Nerve Vibes
Low Points/ On The Fence
There Is Barely Enough To Get Into Most Characters
78
Follow Wherever I Look on Twitter and Instagram, Like us on Facebook, and Subscribe to the YouTube Channel.