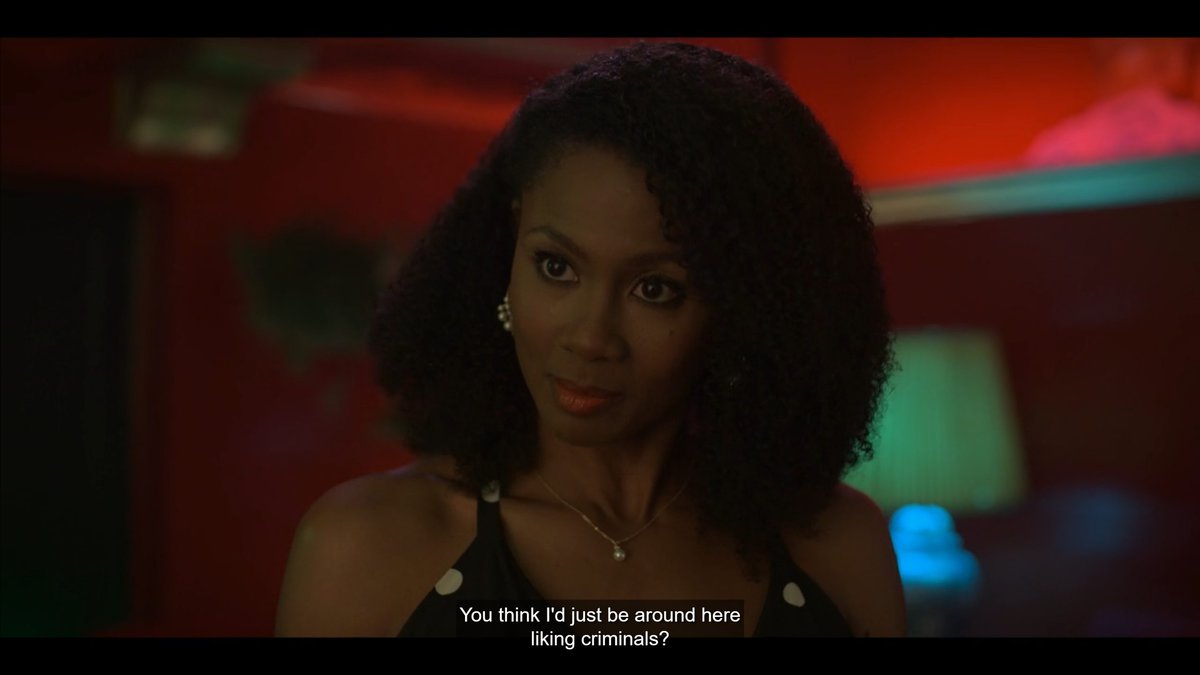 "Jax asking if her friends think she is just out here dating criminals," Reasonable Doubt, " So Ambitious," directed by Sylvain White, 2022, (Hulu)

“Reasonable Doubt” decides to add visuals to what Jax had already verbalized as we head to 2007, when she defended Damon in his murder trial.

In 2007, Jax was single, a public defender and her life was her work. Which, considering Sally was getting married, Shanelle had just met and started to date JT, and Autumn had her girlfriend, it was getting lonely out there for Jax. But, at the very least, her relationship with Mama Lu was better. Granted, not to the point of moving back home to save money, but at least she could talk to her regularly without old feelings returning and the situation blowing up.

Ain’t Nothing Change But The Year – Paul, Jax, Mama Lu

However, that doesn’t last long. After becoming ten years sober, Paul comes back into Mama Lu’s life, and since she has forgiven him for unspoken things he did while drunk, Jax is expected to. However, she can’t, won’t, and this seems to be the beginning of how their relationship soured to the point where, in modern times, both sides need to walk on eggshells to get through a conversation.

But what matters most in 2007 is when Jax was handling Damon’s trial and when she met Lewis. So, to make a long story short, Damon was accused of murdering someone after joining a bar brawl started by his then-best friend, Rafael. Together, they were charged with murdering a man who was fatally stabbed.

However, during the trial, Rafael decided to save his own behind and point the finger at Damon – regarding who killed the victim. Now, throughout the trial, Jax warmed up to Damon, even was charmed by him, despite him owning the murder weapon before the murder. But, with hearing about his mom being an addict, his dad working hard to take care of his boys, and him creating space for her to be heard and even romanced? She fell for him. Then, when you add in Mike, the prosecutor, coming onto her, playing down her role as a public defender, and him just being smug? It made her want to win all the more.

But, between Mike’s case, Rafael’s testimony, and Mike getting to Damon while he was on the stand, Damon lost and losing the case of the first man she warmed up to in a long time, it broke Jax. Thus leading her to take the advice of a colleague and leaving her office as a public defender to work at a private practice. And on the day Damon was sentenced, Jax crashed into Lewis’ car and thus began their story.

The Foundation For Everything In Present Day

While it has been verbalized what led Jax to becoming an attorney to the wealthy, it is appreciated we got the visuals to go along with it. Be it Jax having her own home but not having the splendor we currently see her wield. Never mind, having a deeper understanding of why she became a public defender due to her father’s mistakes and personally feeling unheard and unprotected.

Alongside that, in terms of her friend group, we learned Autumn is queer, though don’t see her partner. Also, and maybe I miss this, we learn Sally is not only potentially married, or was married, but apparently quite promiscuous? Not to forget, there is also a showing that, in terms of Shanelle, maybe there was a real friendship there at one time. It’s just when Jax glowed up with her new high-powered attorney job, things shifted?

Then with Lewis, it would make sense those two met because of a car accident. His need to watch and protect her was likely triggered from their relationship beginning with her being a damsel in distress. Thus allowing him to be a knight in shining armor who, at the time, was just what Jax needed after a massive loss professionally and personally.

I don’t know if they are building up to what Paul did, just want to keep it in our minds to explain why Jax has trouble with her relationships or want to use him for damning Mama Lu. Either way, while it is nice to get a time stamp on when Mama Lu got back with him and when he became ten years sober, I don’t feel like we got the type of answers anyone wanted from seeing him in the past. All we got was yet another tease, and that wasn’t necessary (or welcomed).

Reasonable Doubt: Season 1/ Episode 5 – Recap/ Review (with Spoilers)
Overall
With laying out the foundation of how Jax left the public defender world for the splendor of defending the rich, we get a lot of information. Most of which we already knew, and now we just a visual, but while this could be seen as a filler episode, it still was entertaining.
Highlights
The Foundation For Everything In Present Day
Disputable
Paul
79
Subscribe to our mailing list Follow Wherever I Look on Twitter and Instagram, Like us on Facebook, and Subscribe to the YouTube Channel.