Wherever I Look
Recaps, Reviews, and So Much More
Home TV Series Ready To Love: Season 4/ Episode 3 – Recap/ Review (with Spoilers)
TV Series

Two women are eliminated, with one just barely making it because one guy started to have a connection with her.

Around The Way And Out The Door – Ida, Stacy, AJ, Dedrick, Ron

When it comes to being assertive and taking the reins, there are two sides to this. On one side is Stacy, who is very flirtatious with most, and we only have a single man complaining about it thus far. However, on the other side is Ida, who, multiple times, will swoop in while two people are connecting and ruins the vibe.

This doesn’t sit well with AJ or Stacy, and when it comes to Dedrick and Ron, neither are necessarily feeling Ida. She gets some form of conversation out of Dedrick, since he pursues understanding why she is like this, but it isn’t enough to save her from being the first woman eliminated – which she is salty about. Why? Well, besides the embarrassing part of it being done in front of the group, she also notes men were rubbing her ass the other day so, you can see she feels a bit used and then tossed out.

With the first of two eliminations done, it’s time to date, and some do solo dates and other group dates. For AJ and Alexis, they do a solo date, and while AJ is taken back by how aggressive she is, he likes it. When it comes to AJ, it just seems like he isn’t used to someone who is this open and honest but, Alexis is ready to love, and sex is an integral part of the possible relationship.

In the solo dates, following them is Kyra and Jason, in which we get a lot of superficial stuff until Jason reveals he dealt with depression. Kyra raises a red flag with this reveal since, as seen last season, men who don’t have that treated can be a lot more than an individual can handle. Pair that with it running in Kyra’s family, and the only thing which calms the situation is him noting he has been to therapy.

As for many of the others, they meet up on group dates. During this, we continue to see Stacy and Troy be the most flirtatious, and both rubbing people the wrong way because of it. Stacy rubs Kris the wrong way since he thinks they are having a good time bonding, and then she is off to Dedrick. Amber thought she and Troy had something, but then he gets to canoodling with Andrea, apparently doing something with her bra (!), and so she ends up too disgusted to stick around that table. 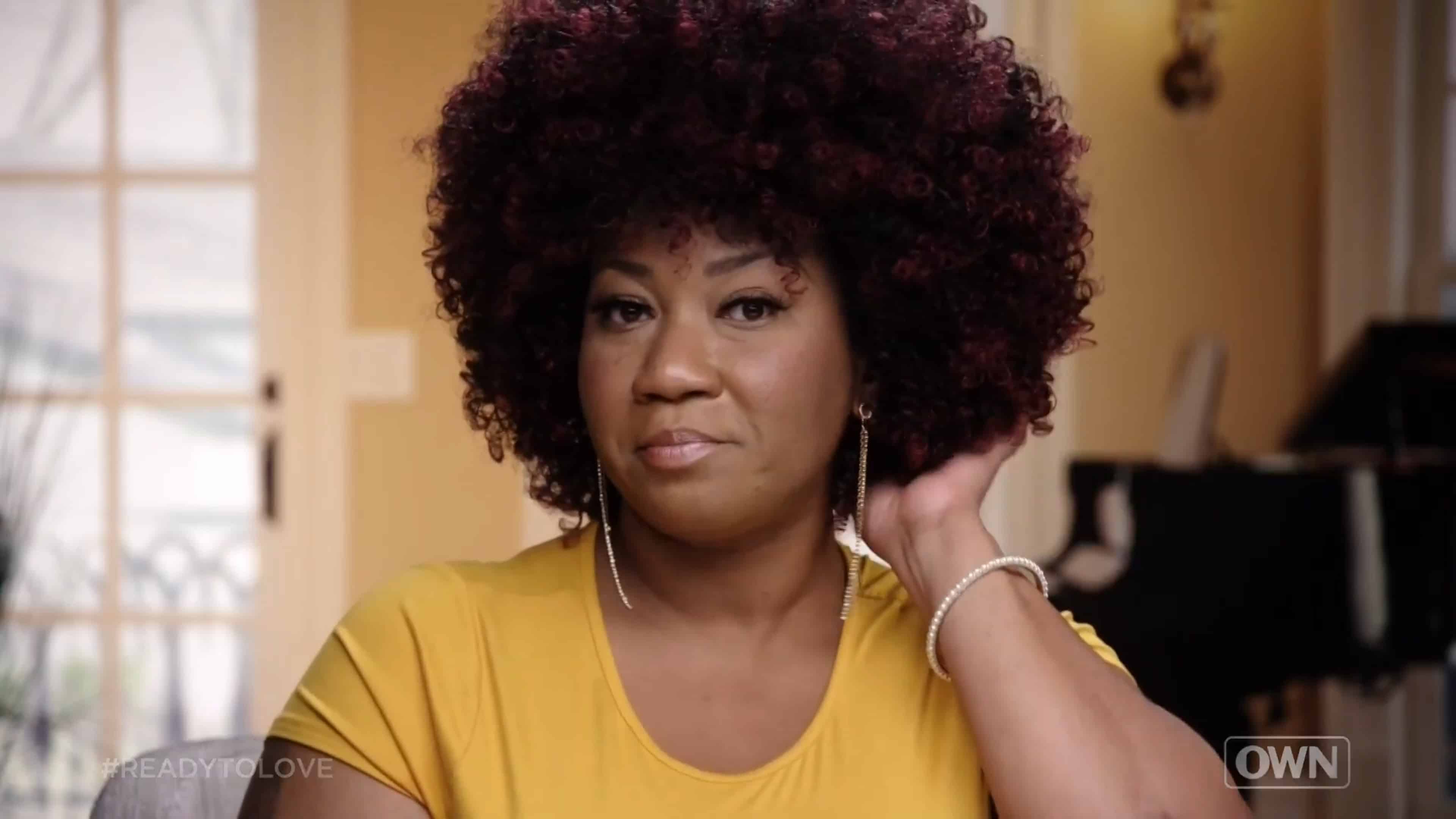 This brings us to the quieter bunch. Liz finds herself connecting with Joel, who Verneashia also has some interest in; Dedrick and Alexis have a moment, as do AJ and Stacy, alongside Kris and Kyra. However, the shocker amongst the matchups is Dedrick and Tressa since he initially made it seem he isn’t into thick women – anymore. So, with thinking a friendzone was in place, Tressa sought out other potential matches. But with options sparse, Dedrick asking her out on a date is confusing yet appreciated.

One’s A Homie, The Other A Stranger – Andrea, Tressa, Dedrick, David

But, despite Dedrick’s interest, Tressa ends up one of the bottom two since, as shown in previous seasons, funny women are relegated to being “The Homie,” and Tressa is no different. As for Andrea? Well, with most of the women taking the initiative, even Kyra, who’d rather be pursued, her being timid has led to her not talking to many of the guys. Pair that with not having chemistry with the ones she did talk to, and that put her in the bottom two.

So, which person gets eliminated? Andrea. David delivers the news, and she takes it well, and when it comes to Tressa? Well, with Dedrick noting she was in multiple people’s bottoms, but Dedrick saved her, it does make you wonder how she’ll feel about this? While Verneashia isn’t a skinny minnie either, Tressa is clearly the most voluptuous woman there, and add in she has no desire to be ashamed of her humor or body, it does lead you to wonder, if she falls out of Dedrick’s top, could that be the end?

Ida Dropping Bombs And It Ain’t Even The Reunion Show Ida questioning why she got eliminated

We knew Ida wasn’t going to last. This is no shade to her, but this show is notorious for not casting men who like aggressive women; never mind, it rarely presents women like Ida. If you aren’t polished up, and can code-switch on a whim, or if you aren’t leaning towards some version of submissive with a “come hither” look, your options are limited.

This is why we love that they kept in that the men were all over her during the mixer and yet now dropped her. It pushes the idea that she wasn’t weird or extra but thought something was there since AJ and other dudes liked but feeling up on her but apparently not genuinely getting to know her. To us, this is a positive step in a show that has pushed narratives that often made people look bad until the reunion show vindicated them.

Jason Bringing Up His Depression & Shouting Out Joel

Clearly, Jason is going to be in the finale because they are building him up to be the star of the season. Be it his connection to Alexis, and portraying him as someone good with kids, him handling his mental health, and being a guys’ guy? Jason might end up one of the top bachelors Ready To Love has had in the entire series.

But, taking it further, you have to appreciate that this season really does want to be more than a dating competition show – thus far. In scenes, it has had characters talk about faith, their mental health, show that brotherhood could exist, despite all the men dating from the same pool, and just feels a tad more positive than it previously has.

Does Tressa Stand A Chance?

Like Ida, casting Tressa seemed to be something worth raising an eyebrow at. Not because we don’t think she deserves love and romance but because this show has never catered much to women who look like her or shared many of her qualities. She is 42, a comedienne, a thick girl, and by no means tries to make herself smaller for the sake of fitting in.

As Tressa noted, this pushes you to wonder, should she take Dedrick complimenting her personality, despite previously saying he isn’t into her physical type, as a red flag? She wants to put a positive spin on this, but there is a need to wonder if him physically rejecting her yet liking her personality could bloom into something?

Never mind, with Dedrick telling her most of the men put her in their bottom, how will that affect things? That’s the kind of note that surely isn’t easy to take, and we’ve seen Tressa, multiple times, check if the guys like big girls before pursuing them and her worries about being put into the friendzone. So, what may come of this?

Jason Bringing Up His Depression & Shouting Out Joel - 86%

Ida Dropping Bombs And It Ain't Even The Reunion Show - 88%

Ready To Love continues to cut those who don't necessarily fit into what this show primarily casts, and it seems it might be a few weeks until the decision to end someone's journey will become hard.