Wherever I Look
Recaps, Reviews, and So Much More
Home TV Series Ready To Love: Season 4/ Episode 11 – Recap/ Review (with Spoilers)
TV Series

While we end up with four final couples, by the end of the episode, it’ll be real clear to you we’ll still just end up with three after the finale.

Table of Contents show
1 Recap
1.1 We Been Rolling Deep Since The Beginning – Verneashia, Joel
1.2 Don’t Say Something Stupid Now – Amber, Kris
1.3 Trying To Save Face – Kyra, Liz, Jason, AJ
1.4 Collected Quote(s) & .Gifs
2 Commentary/ Review
2.1 Highlights
2.1.1 Tommy Telling Kyra To Hush!
2.1.2 The Next Episode Having People Meet The Families
2.2 On The Fence
2.2.1 None Of These Couples Are Exciting

We Been Rolling Deep Since The Beginning – Verneashia, Joel

Joel goes over to Verneashia’s house like it is a regular thing, and as she said since the beginning, they making it to the end and are chill. Granted, his one time choosing Kyra may be a running issue throughout their relationship, but, for now, they good.

Now, the same could be said about Amber and Kris, but Kris decided to throw a curveball. What was it, exactly? That he is, retaining semen. I bet you’re saying, what the hell does that mean, right? It means he is celibate. As for why in the hell he called it semen retention? I can only assume it was for the cameras because he is too damn old to pretend like the word celibate hasn’t been established. Especially if the reason he isn’t having sex is that he wants to be married first.

Kris’ nonsense aside, Amber isn’t really down for waiting until marriage, and it shows. However, with Kris noting he’s been looking at his behind and showing there are cracks in this whole celibacy thing, Amber thinks she can tempt him away from “semen retention.” 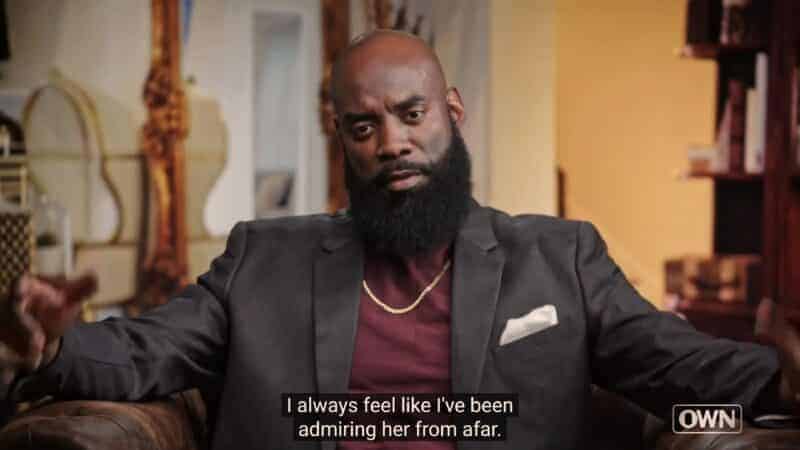 You know what’s funny? AJ saved Kyra because he felt something for her, and for most of the episode, he is treated as a second choice. All she talks about or redirects the conversation to is what she had with Jason, feeling like she got played by Jason and Liz? Oh, she gets tired of that quick. Mainly due to her feeling like Kyra is downplaying her and Jason’s relationship, as if he chose her due to Kyra not picking him.

However, Jason makes it clear to her that while he may not have made up his mind weeks ago, as he told Liz, he has made up his mind now. So with that said, Kyra doesn’t decide to focus on AJ as much as resign herself to that being who is left to pursue. Though, if you ask me, considering how much she tried to save face throughout the episode, she’d be better off resigning.

You know we’ve always been iffy on Tommy being the host, mediator and have found some of his advice to be more of the interest for TV than the person he is speaking to. However, him shutting down Kyra? Oh, I almost want to forgive him for pushing Kimber to get back with Jimmy’s dysfunctional behind. But I can’t move past that, so I won’t. I’ll just appreciate him shutting down BS rather than letting it play out for drama.

The Next Episode Having People Meet The Families

Two things: the first thing is, I feel like a lot of couples may not pass the snuff when the families meet them. Kris and Amber, for one, since didn’t Amber say she didn’t hardly tell anyone about their situationship? Never mind AJ and Kyra since, you know, she is just hunting for a reason to drop AJ and say she tried, but it didn’t work.

Secondly, anyone else feel it is way too soon to be meeting people’s families? Don’t get me wrong, I understand the thought behind Ready To Love is that everyone is 30+ so they should know what they want. However, this show covers, what? Three months? And by the end of the three months, sometimes people have just made their final decision. So imagine bringing this stranger, you aren’t even sure about, to your family, on national television, and it’s a competition so this person can meet your family one minute, and they can diss you in the next!

None Of These Couples Are Exciting

I’m torn between the idea we should be swooning over a potential final couple or recognizing that these are real and flawed people with baggage and them just finding someone functional is worth being happy about. Though maybe I am just developing fatigue from watching this show and really questioning if this is what I have to look forward to, in terms of dating, in my 30s and beyond? Because, as much as Black Love, which follows this, helps give some hope, increasingly those couples look like the exception, and Ready To Love presenting you the average/ reality.

Ready To Love: Season 4/ Episode 11 – Recap/ Review (with Spoilers)
Trajectory: Plateau
It's same ole, same ole with Ready To Love as it pushes you to think most of these couples are making choices because of availability than anything else.
Highlights
Tommy Telling Kyra To Hush!
The Next Episode Having People Meet The Families
Low Points/ On The Fence
None Of These Couples Are Exciting
79