Wherever I Look
Recaps, Reviews, and So Much More
Home TV Series Queen Sugar: Season 6/ Episode 7 “They Would Bloom And Welcome You” – Recap/ Review (with Spoilers)
TV Series

Queen Sugar: Season 6/ Episode 7 “They Would Bloom And Welcome You” – Recap/ Review (with Spoilers)

As Ralph Angel faces the music, regarding his decision, Charley makes a decision regarding running for congress as she learns not only what happened with RA but Nova as well.

Despite how things are ending, Aunt Vi still has a soft spot for Celine, and they end their relationship amicably, with Aunt Vi giving Celine a little something to hold her over. Which, considering all Aunt Vi put Billie through, we’ll call this growth.

But she isn’t alone in showing growth. Micah, on two occasions, shows he will not succumb to the ignorance of his peers or fall into old habits. When Ms. Parker tries to come onto him after a presentation, he not only rejects her but when Isiah and him share a moment and his peers see, Micah brings him closer rather than pushes him away.

Because of Ralph Angel’s actions and Theo setting him up, Sam pretty much says that either he can give up the land or Ralph Angel can go to jail. This leads to everyone being upset. Hollywood tells him off, Darla tells him off, and as for Aunt Vi and Charley? Well, they are just disappointed that he didn’t say anything.

But for Ralph Angel, Aunt Vi’s words about being a man struck him, so he did what he had to do. And as for Charley? Just in general, Ralph Angel didn’t want to ask for help. He knows damn near everyone but him has money or access to it, but he wanted to prove himself, and now he is going to pay the consequence – which is giving up his daddy’s land.

The World Doesn’t Revolve Around None Of Us – Charley, Nova

While Ralph Angel is going through losing the farm, Nova still has her home ransacked as it was and her personal safety threatened. Charley is the first to learn of this, and between what her sister and brother are going through, she feels powerless. So, with that in mind, she decides she will run for congress. It isn’t clear whether the party will have her go for a Louisiana or California seat, but she will run for congress.

Just because we don’t choose right the first time, it doesn’t mean we can’t on the last.
— Darla As Hollywood noted, all Ralph Angel was expected to do was to maintain the family farm and land. It was really the only thing everyone collectively asked him to do, and gave him the autonomy to do it. Yet, he risked it. Because of his pride, and ego, he risked it, and I’m so glad Darla and Hollywood told him off.

Heck, Hollywood especially since you know how Ralph Angel can be with women. So a man telling him off, I think that hit him more than anyone else.

The show has been extending the idea throughout the season and it seems it may finally hit in the next, but with that comes the question of how it will be handled and what powers would Charley gain? This is a big question since the show has been practicing with Micah how to give a character their due separate from everyone else, and Charley has often lived a close, but seperate life. But this would be next level and, fingers crossed, could mean the return of Darla’s parents, especially her dad, since he works at capital hill.

What you have to appreciate about Micah and Isiah’s relationship is that we so rarely see this kind of friendship. Micah, to our knowledge, is straight, Isiah is assumingly gay (did he ever confirm he was?), and yet Micah doesn’t make it awkward or push Isiah away. He loves Isiah, talks about inviting him into his house, and shows how he feels both privately and publicly. This to us is progress and certainly a step above Ralph Angel’s friend who disappeared and could have been a great help to him, and Nova considering her present circumstances.

Aunt Vi Is A Head Scratcher

One of the things we’ve always found curious is how Aunt Vi treats those she claims she loves with the most cruelty yet can so easily forgive a stranger. Celine tried to kiss and step to Aunt Vi’s man, despite all the charity done for her. Yet, when it came to Darla, or even Billie, it took years for not only some form of forgiveness, but a conversation to hear the other person’s side. So should we consider this growth on Aunt Vi’s part, maybe Hollywood’s influence, or is she doing things on a case by case basis with people who aren’t family? I just want to know whether Celine got handled how she did since she wasn’t someone Vi would have to deal with long term. 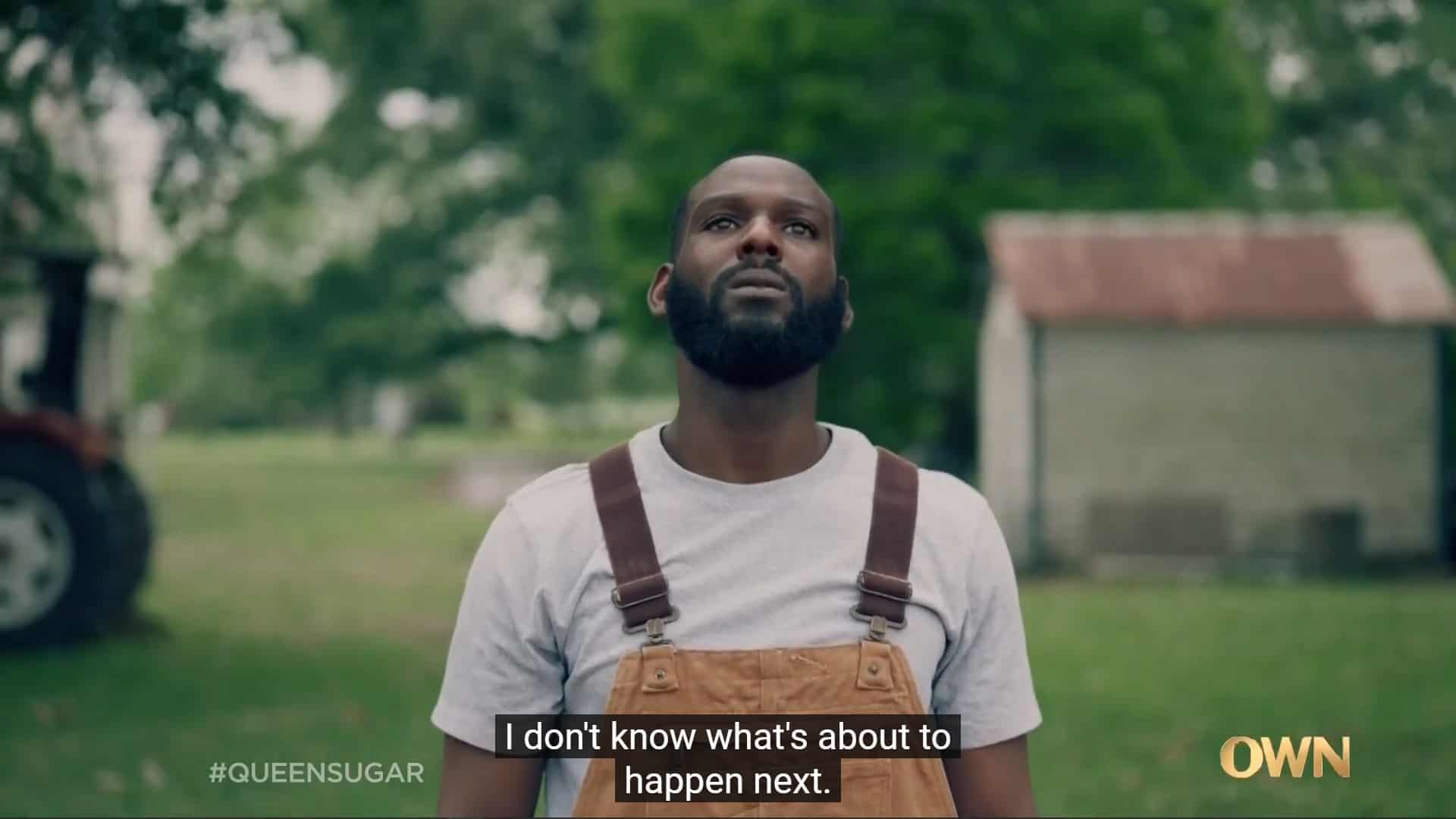 Queen Sugar: Season 6/ Episode 7 “They Would Bloom And Welcome You” – Recap/ Review (with Spoilers)
Trajectory: Plateau
As we enter the tail end of season 6, it is clear we’re building up to something and Ralph Angel losing the farm isn’t going to be the big to do. However, what could possibly trump that is anyone’s guess as the farm has been central to the conflict of the show since it started, and the land it is on. Which could mean, season 7 going forward, the Landry family may truly be written off as they’d have no real reason to face off with the Bordelons, beyond maybe Charley – who will be elected to help them as a constituent.
Highlights
Hollywood and Darla Telling Ralph Angel Off
Charley's Eventual Run For Congress
Micah Embracing Isiah Closer When People Saw Them
Aunt Vi Is A Head Scratcher
Disputable
85
You Might Be Interested In

I don’t give a damn Amari, Darla deserves soooooo much better and needs to go to D.C. with her son blue and her parents for a bit. RA is a DUMBASS, who didn’t deserve to have his name be put on the land as owner anyway. It was basically just a pity gift from Ernest anyway. The letter, remember that lol the letter/Ernest basically said that he was giving RA the land because he knew that RA needed something, because he had nothing in his life, that if Ernest gave RA the land that maybe, hopefully he would get his life back on track, and yet here we are. Few years doing good, now this. Freaking dumbass! Darla did the work and the best that she could in order to change her ways to become a better, daughter, mother, now this jackass is trying to ruin all of that by his actions, because in the end it does effect all of them. : /

Let’s give Ralph Angel some credit now. When things started out, he had no issues asking and getting help. The problem is, while Ralph Angel might be progressive in terms of people’s sexual expression, he still has that machismo about asking women for help it seems. Plus, lest we forget, Vi cut him deep with questioning his manhood and I think that really got to him.

Which isn’t to excuse Ralph Angel’s insecurities, but I think he has grown, just not at the rate Darla has since RA is still a bit coddled. Hence Hollywood going so hard at him, since he probably has had a inkling to do so for a while, he just didn’t have a reason that made it necessary. Especially since, at least once, by Charley or Nova, he was reminded he wasn’t blood.