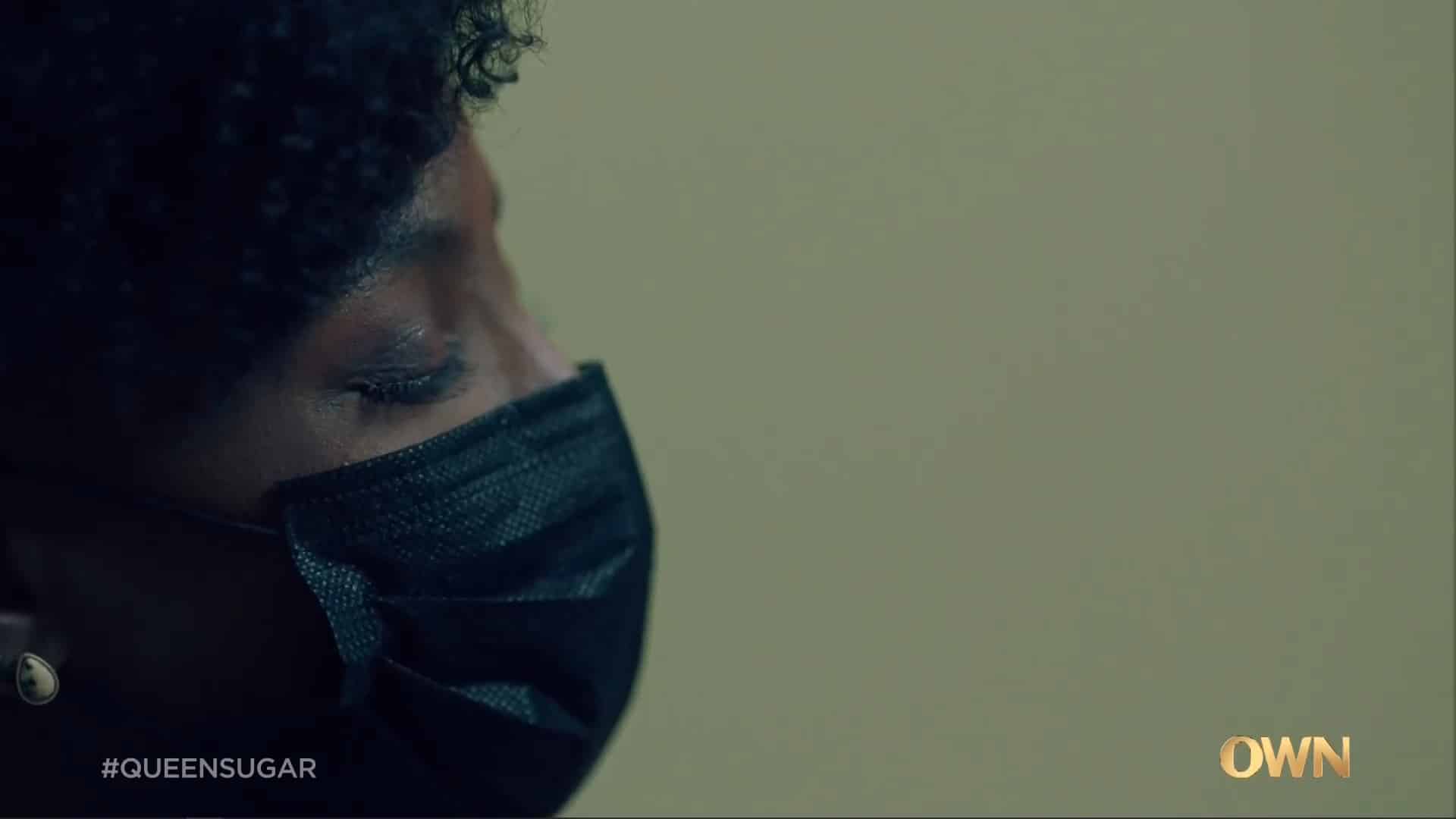 As Nova pays the price for her activism, Vi does for both her kindness and ignorance. Also, Charley tries to enjoy the peace before potentially walking into a storm.

It has been a really long time since Micah has had a friend. The ones he met in high school have gone off and done their own thing, and whether you bring up Kiki or the girl who fawned over Charley last season, those women were girlfriends. The kind where Micah’s interaction with them was reliant on his romantic interest. And while he did pledge, it seems any brotherhood or friends he might have made are gone.

So when it comes to Isiah, Micah is quite fond of him. He listens and is supportive, but it doesn’t go over Micah’s head that many comment that Isiah is gay, and Micah is his potential partner. But Micah honestly couldn’t care less for Isiah is cool people. 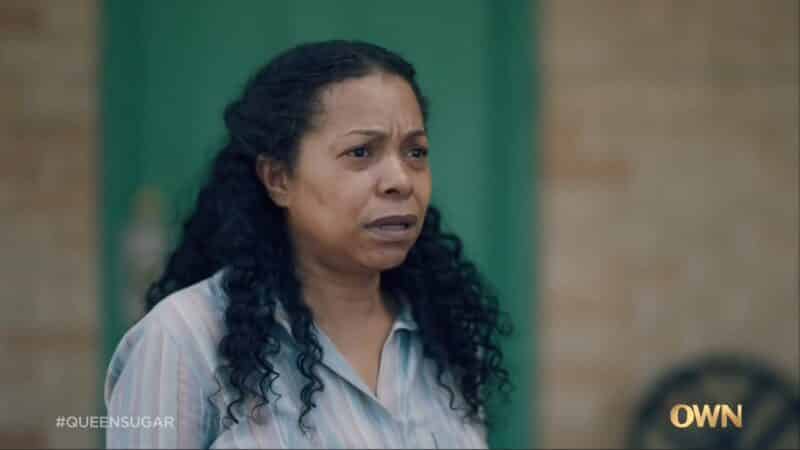 Sadly, the same can’t be said about Celine anymore. In a moment of weakness, she comes onto Hollywood, who clarifies to Vi what happened before she could hear from Celine or third parties. With learning this, Vi is a little uneasy with Hollywood, momentarily, but ultimately trusts him and confronts Celine. Someone who, perhaps due to embarrassment, has abandoned that motel she was living in and can’t be found.

As Darla and Ralph Angel enjoy a rather nice bit of R&R, Hollywood calls up, revealing Theo has gotten arrested, and the cops are asking about Ralph Angel. This forces him to talk to Darla about what he did and her disappointment creeping towards outright anger over his inability to accept her help. Especially, for now, they will have to constantly look over their shoulder in hopes today isn’t the day Ralph Angel will go down.

But, it isn’t just Darla whose nice moment got ruined. Between being closer to her sister and aunt, more than ever, and Dominic, things are quite nice for Nova. That is until the police bust into her home in a raid, with the assumption she is selling narcotics. Ultimately though, they only find a small bag of weed which, with Nova having a medical marijuana card, she is covered, so they have nothing on her.

Though out of all this trauma does come Dominic proving her might truly be down for her, as he nearly gets arrested and shot, trying to defend her rights.

Being Uncomfortable Is Where I Excel The Most – Charley, Micah

After Charley’s Gayle King interview and how Black Twitter handled her, there is this idea that her political aspirations might be over. But, based on what party leadership is saying, they want her to run for congress. Granted, it seems in the state of California, not Louisiana, but Charley is mulling the idea. She even checks to see how Micah feels about it, and he, as usual, is supportive of his mom’s ambitions. Has Aunt Vi been wrong before? Yes, countless times. However, what doesn’t usually happen is Aunt Vi being wrong, being called out, and being so speechless that she can’t fathom a comeback or means to throw off responsibility. Billie did that. She clapped back at Aunt Vi as Aunt Vi was revving her engine and did so without cursing Aunt Vi out or doing anything but sticking to the facts. The kind which had Aunt Vi realizing her ex-husband was trash, and here she is assuming this young woman really slept with him?

But here is my thing, for all the love she has with Prosper, who raised Billie, I’m still kind of shocked they are friends after she accused his daughter over something like that. To me, that means you are questioning the child I raised up, and between Jimmy Dale and Violet, you would think he’d say something to the rumors, especially towards the source.

Yet, that is the beautiful thing about Aunt Vi being stunned. Maybe Prosper may have had these thoughts or feelings, but Prosper couldn’t say anything with the Bordelon patriarch and matriarch being his closest, maybe only, friends. So Billie doing so allowed him to be a coward and have his silence be his co-sign. For if he didn’t agree or think Billie was out of line, or shouldn’t say what she did to Vi, he would have said something? Right?

While Queen Sugar has firmly established Nova is queer, when it comes to LGBTQIA+ representation beyond her? They come and go. Ralph Angel’s associate has pretty much disappeared. Nova hasn’t really presented us with the queer community of New Orleans, surprisingly, or Saint Jo, and pretty much, if she doesn’t have a queer love interest, there are no consistent queer people on the show but her.

So with the inclusion of Isiah, we get a few major things. One, a queer male character, and two, a queer male character whose relationship to a series regular is a platonic friendship that they highly value. We don’t really see enough straight and queer men as friends, and I would submit we don’t see enough like Isiah, who don’t present as flamboyant or potentially clockable.

Rather, Isiah is discreet without being DL or in the closet, and while he is potentially gay, he doesn’t wear it as a core part of his identity. He likes what he likes, but it doesn’t wholly define him. It’s part of him and puts him within the realms of intersectionality between being Black and queer, which are sometimes two cultures in conflict, but that doesn’t mean he can be quickly and easily be defined by either. Something that we love to see.

You can’t convince me that Celine trying to come onto Hollywood wasn’t for the sake of drama. They handled the possibility of Hollywood wanting kids Vi couldn’t give him but figured, “We aren’t going to keep Celine and make her a series regular, so how can we set up her exit?” And since Darla is doing so well, it seems Celine took the brunt of someone who is struggling with no sign of getting stable anytime soon. Almost as if, if we don’t get one notably down on their luck Black woman, how are we supposed to trigger Aunt Vi or another character? As if that is their signature catalyst.

Will She Or Won’t She – Charley’s Political Career

I feel like they’re dragging out Charley making a decision on her political career so that it can become the focus of, oh my bad – there are only 10 episodes. So with that in mind, if we are past the halfway mark, why is she still toiling with the idea of advancement in her political career? Granted, she went from potential state senator to now being considered for congress, and possibly within another state, if I heard right, but it does feel like we’re wasting time with this dance. If not holding off on something happening that will be immensely frustrating.

Though it could just be my fears of Nova’s book or actions causing trouble, Ralph Angel being arrested, something happening with Micah, or the Landry family using their money to cause trouble? All of those things, and more, just make me wish they’d rip the bandaid off already. But, at this point, Charley’s ascent to congress might be a season 7 storyline.

Queen Sugar: Season 6/ Episode 6 “Or Maybe Just Stay There” – Recap/ Review (with Spoilers)
Trajectory: Plateau
As we pass the halfway mark, there is this feeling that Queen Sugar is holding back. Yes, Ralph Angel may get arrested, Nova is being harassed, and we got some quickly squashed drama with Celine. But this all feels like a warm-up for something bigger, and I am hoping they just put it out there rather than hold it until the season finale.
Highlights
Isiah and Micah's Friendship
Aunt Vi Stunned
Disputable
Will She Or Won't She – Charley's Political Career
Celine Coming Onto Hollywood
78
Follow Wherever I Look on Twitter and Instagram, Like us on Facebook, and Subscribe to the YouTube Channel.