Despite being warned, Nova went full steam ahead with her book, and we only get a taste of the fallout this episode. 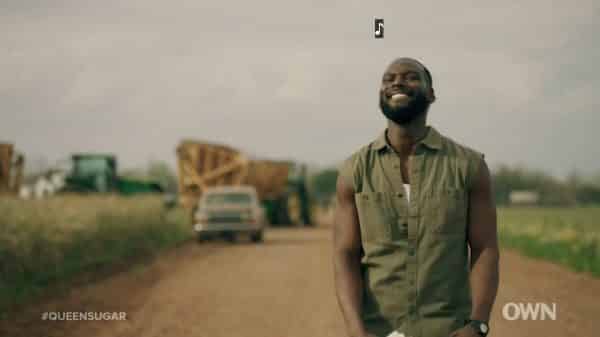 Up until almost halfway through the episode, life is grand. The family doesn’t have drama, people are coming back from vacations, and there is nothing but good news to share. The state of Louisiana ends up no longer being part of Ralph Angel’s life. Darla, after who knows how long, is going on a date with someone not named Ralph Angel and Blue is adjusted to his parents sharing custody. Aunt Vi and Hollywood have returned from a vacation in Asia, which has inspired new menus to try out, and Nova? Well, her book is about to come out.

Oh, and when it comes to Charley? Well, at this point, call Remy the warm up and Romero the full course meal. He whisks her away to some Parisian looking place for massages, got her smiling so much you know her cheeks must hurt, and despite all the work at the mill she has, she got quite the pep in her step. Leading you to wonder, is she getting some – AT LAST?

A Storm On The Horizon: Nova, Hollywood, Ralph Angel, Charley

However, not a single member of the Bordelon family, or their close associates, can remain happy for too long. With Nova letting it slip her book is coming out soon, Hollywood questions when folks are going to get to read it? The release is but weeks away, and she is being shy about it – a characteristic no one knows Nova for. Especially when it comes to her opinion on people and things. So, like a thief, she places a manuscript on the desk of Vi’s business and sneaks away. Then, following that, she hands a copy to Charley and Ralph Angel, without walking them through it, disclaimers, none of that. Leaving her nervous not just because she worked hard, or because she is going to blow up all of their lives, but because she doesn’t know if they will get it.

The first one to experience the damage is Charley. She, in a public forum, while receiving an award, is questioned about how she handled Davis’ accuser. A topic that said accuser can’t talk about due to an NDA, and of course Davis and his boys wouldn’t speak on. However, Nova decided to lay it low and spread Charley’s business-wide – thus allowing a reporter to catch her off guard with a scandalous quote. I’m talking about, the way Nova decided to describe the situation, you’d think she was the accused woman’s sister, not Charley’s.

As for the others? Well, Hollywood reads a bit about Aunt Vi that he doesn’t like, but is a soft jab. Ralph Angel’s bit though? Well, she puts Blue’s parentage in there, though no word if Darla’s story is in yet. However, her exposing that bit and bringing in questions of Ralph Angel’s manhood pushes the narrative that this isn’t about the family’s secrets as much as Nova’s opinions on all she has heard and kept to herself over the years. Just because all these people, one means or another, were family.

One of the things, in retrospect, you have to appreciate about Nova’s exposé is it goes beyond not trying to repeat generational trauma and patterns. From what it seems, she isn’t just trying to have it so Blue won’t suffer, Micah, and the other children who could come later. She wants to not just prevent but also heal. Which, as she knows, won’t happen with the group of family members she has since they may pop off every now and then, but within days or weeks things go back to how they were. Loving, but with no real addressing of what was said and a resolution.

So, in my mind, the goal here is to lay out all Nova thought, all she was told, and see this as the family’s baptism. Hence the title “Blessing and Blood” for in order for her family to truly rejoice, be fruitful, and joyous, they have to address the pain they feel and the pain they caused. Otherwise, they will continue being hurt people who hurt people and even in a effort to not pass that pain along, they will do it by mistake. All the while, due to not having the tools to heal themselves they can’t pass anything along to help Micah, Blue, or any others, to deal with the absolute truth and not just Nova’s.

Whose, by the way, I hope is also being put on blast.

For most of the series, Nova hasn’t felt like the character who should be front and center on Queen Sugar’s marketing beyond Rutina Wesley having the most recognizable face – outside of Bianca Lawson. However, now the show has made her the center of attention, and I’m ready for the fallout. Mostly because, I recognize the long game which could come from this. Assuming, like past seasons, this goes 10 to 13 episodes, it means a possible season 5 would be a new beginning. Either in the form of healing from the devastation of this season or the family moving past the hard conversation Nova forced.

I mean, one thing, in particular, I have been waiting for is Nova exposing how Aunt Vi’s opinions on Lorna poisoned her family and romantic relationships. Because I don’t think we ever saw Charley address Aunt Vi’s role in her being ostracized. On top of that, with us getting a flashback, a rarity for the series, it leads you to wonder if we may not just talk about things we’ve seen in the series, like Charley’s sway of power, but getting to the root of many issues of this family. I’m talking not just from Nova’s childhood but also Aunt Vi’s.

Then, extending things out, one of the things I’m also interested in is how Darla plays a role in this. All things considered, most of Nova’s information when it comes to Darla is second hand since it doesn’t seem those two were ever close. So it is going to be interesting to see Nova steal Darla’s ability to tell her story on top of how her parents are going to react. For I don’t think they know too much about their daughter’s downfall, the full story of how Blue was conceived, and that dark period of her life.

And speaking of Blue, there is also the question of how much of this fallout will he bear? Yes, he is aware his dad went to jail, but what about the reason why? Never mind learning his dad, biologically, isn’t Ralph Angel, but hearing his dad went to jail to try to get money to help his mom and keep him alive? One of the big things pushed is how this will affect the adults, but increasingly Blue hasn’t been shielded from their opinions of one another. So are we at the point where he no longer gets to maintain his innocence but, unfortunately, learns the whole truth far before he is ready? 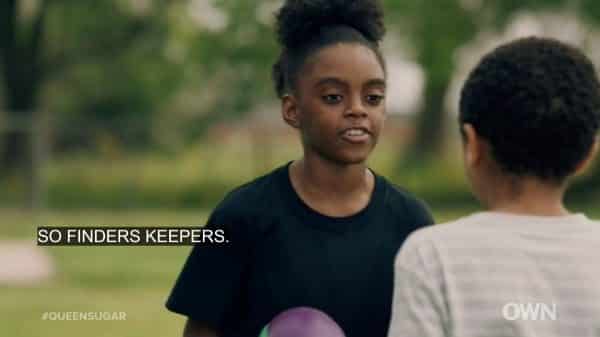 It isn’t clear if Joie will be a reoccurring role or not, but it seems overdue for Blue to have a friend of some kind. All we see him hang around is adults, and I think, if he learns the truth, outside of a therapist, he needs someone to talk to besides his dolls. For considering his dolls have long been a placeholder for his mom, maybe even friendship, imagine if Nova taints that relationship. Blue will need somebody to talk to and with learning, possibly, how everyone treated his momma, how they see his dad, and what they did, he likely will need an outsider. And I don’t know if Micah is going to take up that role.

Let’s be real, Remy was an extended rebound. He came in while Charley was in a bit of a grey area and though he served his purpose, he was a reason or season Charley kept around way too long. Add in that man probably wasn’t fully healed from his wife’s passing, and it seem neither of them were ready for the intensity of the other. However, Charley seems to be in a good place now. Romero has good timing, can be joked with, and seems like a good match. He even got Charley speaking Spanish! So here is hoping she doesn’t drag out him meeting Micah since he has already met the rest of the family.

I could understand if Darla was a stranger who stole from Vi or took advantage of her kindness in the past. However, she is your great nephew’s mother. Surely, she could be sweeter? Heck, when she almost married into the family Vi was kind – so it shows she is capable. So what’s stopping her?

One of the things I’m wondering about is not just how the family handles her book, but the outside world? Will she bring up her exes and her part in their lives? How about the people she met during her years of advocacy? I get this is mostly about her family and their drama, but is she going to assert how much she caused in their lives and other people? Or is this all about her take on how her family members either screwed up or were messed up by others?

Hey there Amari, I know that this a day late but I was busy. But what a premiere! Nova ain’t shit! Excuse my language, but this is the most disgusting thing I have ever seen. How dare she do that. Once again Charley is going through it and can’t have her time to shine. RA finally is off parole and he has his freedom back, now he has to deal with the fact that his business, and the fact that he is not Blue’s biological father is in that book, and not only that but Nova actually question’s RA’s manhood!?!?! Like does she just think that Darla cheated on RA, because I don’t think that any of the B family know that Darla was raped. Like wow! Then Nova actually writes about Charley basically being in agreement with rape culture or something like that all because Nova put in the book about Charley paying Davis’s mistress off! Like what was she thinking. That’s why I ain’t never like Nova! Then my biggest disgust comes from the fact that Nova puts Darla’s business out there in her book. Like what the fuck! That is none of her abusiveness, I hope Darla or somebody slaps the hell out of Nova for real! Poor Blue if he gets hurt over this, and if Darla relapses because of Nova’s book or if she gets her heart broken… yo I’m done! lol

Also Aunt Vi needs to get over herself! Like I’m over it, and considering what her niece is about to do to the family, her focus should be more on her own family, then being mean mad and passive aggressive towards Darla!!!! If Ra has forgiven Darla and they have moved on and they are now co-parenting she needs to let go of her bitterness and anger for real. Great review!