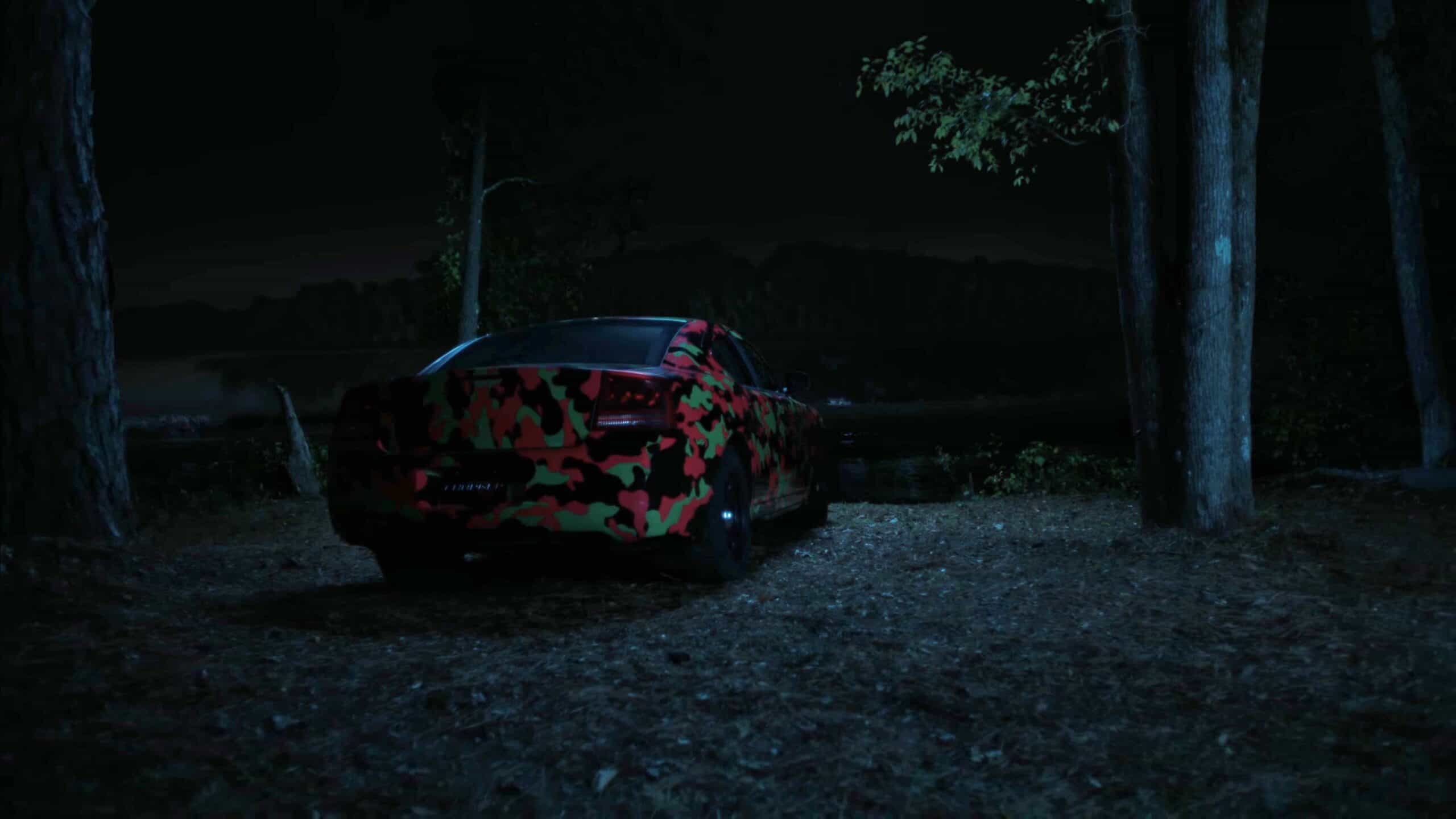 “P-Valley” continues to press hard against viewers’ expectations, hopes, and feelings as things get real and not always in a tantalizing sexual way.

Time To Focus On Your Own Family – Coach, Farrah, Mercedes, Terricka, Shelle

Because Farrah isn’t able to remain subtle, Coach catches onto her and Mercedes being a thing, and rather than find it hot, he feels betrayed. He sees this as Farrah cheating on him and Mercedes breaking his heart. Thus leading him to dissolve the deal and want out of it.

Now, whether he can do that or not is hard to say. We don’t know the terms and conditions. However, even with that setback, Mercedes keeps it pushing and tries to support Shelle, who is still unemployed, in a bad mood, and a bit nasty towards Mercedes. Mind you, she is bringing groceries, checking in, and even offering to take care of Terricka while Shelle gets herself together.

But, upon hearing that, Shelle thinks this is a ploy for custody, and with that, she is against Mercedes doing anything beyond getting out of her house. Though, unbeknownst to Shelle, Terricka is going to end up with Mercedes anyway. Especially because she is pregnant and doesn’t know what to do.

Diamond and Big Bone are going strong, but there are some complications. For one, Big Bone may be catching feelings, and as for Diamond? He still has Keyshawn in his head to the point he can’t look Big Bone in the eye when he is laying it down. She notices this and asks for him to correct the way they do things, and being that she is a good distraction from his demons, he obliges.

Which might be how Duffy and Roulette end up getting down. With Gidget likely unwilling to forgive him for giving her mother COVID, it seems he has moved on to Roulette, who, with partnering up with Whisper while The Pynk is closed, is in her feelings. Clearly, Whisper is favored over her, so Duffy paying attention to her and knowing the other person’s truth is nice.

Leading to Hailey. If you didn’t know better, you’d think she and Andre have a plan known only to them as she shows up at a private event where he is campaigning. For when his initial speech goes flat, she throws him a question that allows him to bolster his campaign and seem like a more worthy candidate. But, she doesn’t just show up to make her friend with benefits look good. Georgie and Bill, or Promised Land Casinos, are in the building, and Hailey sneaks her way into a meeting and makes sure to get Georgie’s attention. Thus upsetting Corbin to no end, but finally getting Hailey closer to getting $10 million rather than the struggle money, Bill, Corbin, and maybe even Andre keep pushing.

Keyshawn is closer than ever to leaving, but between Derrick messing with her car and not being able to kill him herself, she may need help. But, after Murda Night, who can she turn to? Lil Murda, Woody? Would they help a sister out?

That’s hard to say. But what is known is Big Teak is at that point where he needs more help than anyone on this show. His mental health is collapsing, and it’s to the point that, as much as Woddy thought it would be a good idea to have Big Teak around before, he realizes the man is more of a liability than an asset. Which Lil Murda refutes until Big Teak shows his hand.

You see, Big Teak’s demons are drowning him. From his memories of being 7 years old, watching his mom murder his three siblings, and hearing them scream and wail till they bled out, to everything which has happened since? It’s too much. He can no longer see the light, and Lil Murda, who has moved on, can’t be his lantern in the dark anymore. So, despite Lil Murda’s pleas, Big Teak kills himself, with his best friend there for his final breath.

The End of Big Teak

While Big Teak is a new character, because of the way he has been written, his exit is powerful. He was, potentially, one of Lil Murda’s first loves and someone who knew him completely, and supported him without question. He even remembers raps Lil Murda wrote from years ago that have been forgotten. That right there was how deep Big Teak’s love was.

However, that solid connection had a deep running gorge due to Big Teak’s trauma. Something that no amount of talking, sex, or reassurance could heal. Like a cavity, the pain got to the nerve, and it long had infected all that makes Thaddeus. And though it is always hard to see, some people are just at that point where being saved is no longer an option, for they don’t want it. This makes Big Teak killing himself a bold decision for “P-Valley.” It also showed that, despite past behavior, Lil Murda isn’t as shallow and basic as he once seemed.

Mercedes Stepping Up For Terricka

Mercedes has been waiting to be more than a mother, but a parent, for a long time, and with Shelle in the state she is in, it seemingly is time. But, the question is, with Terricka at her lowest, what will Mercedes do? Will she pressure abortion and risk furthering the idea that Terricka was a mistake, or will she be there, no matter the decision, and potential prep for another generation having a child way before they are ready?

Also, if this gets out, how will Patrice handle it? Especially considering she is running for mayor?

Big Bone is the type of character you could easily write off. She is goofy and is sexualized in a way that makes what little she says not stick, but this episode felt different. Yes, she was stark naked for most of her scenes, but there is something about her and Diamond’s connection. It could just be the dick touched the heart, but maybe it is more?

I hope, similar to how Big Teak became far more than a former flame of Lil Murda, Big Bone can become more than someone with a notable body shape.

The problem here is less about Keyshawn’s struggle and you understanding people don’t get out of abusive relationships overnight. More so, the issue here is wondering when it is going to happen. We have the backstory now, so my question is, when will we focus on Keyshawn’s future? She has been stuck in her past so long that getting a taste of where her life could go, watching where it has been trapped, and with who, is getting frustrating.

It’s good that these two aren’t put front and center like they were in season 1, but the way their characters evolved hasn’t kept them up with everyone else. It doesn’t feel like we’re getting another side to Hailey or Andre. Similar to Keyshawn and Derrick, it just feels like these two are stuck with each other and holding one another back.

This especially shows when they interact with other characters. Corbin and Andre are a wonderful combination of two Black men who are trying to prove themselves and exert their authority. As for Hailey? Their back and forth with Uncle Clifford and members of the Pynk are hilarious. Which doesn’t push growth for her, but comedic fodder isn’t the worst thing.

Whisper seems wasted. There is something strange about her, dangerous even, but rather than explore that, she is stuck with Roulette. Who, just to be clear, isn’t lesser than when it comes to Whisper. However, with the constant push to compare the two and Roulette not winning? It doesn’t make adding Duffy help the situation. It makes Gidget’s absence unfortunate, for every time he shows up, it reminds you of how we’ve only gotten to see two members of the Trinity on a regular basis.

P-Valley: Season 2/ Episode 6 “Savage” – Recap/ Review (with Spoilers)
Overall
“P-Valley” utterly refuses to have a sophomore slump by presenting both the kind of drama geared towards entertainment and the kind that allows you to understand these actors are artists. A balance you may feel is rare when it comes to the subject matters “P-Valley” dives into, but like so many shows in the “Black Renaissance,” “P-Valley” is picking up where the early 2000s left off and wants to push Black people having a diverse narrative further.
Highlights
Big Bone Potentially Looking For More Than Sex
Mercedes Stepping Up For Terricka
The End of Big Teak
Disputable
Roulette, Duffy, and Whisper
Andre and Hailey
Keyshawn’s Struggle To Leave Derrick
87
Follow Wherever I Look on Twitter and Instagram, Like us on Facebook, and Subscribe to the YouTube Channel.