Wherever I Look
Recaps, Reviews, and So Much More
Home TV Series Ozark: Season 2/ Episode 9 “The Badger” – Recap/ Review (with Spoilers)
TV Series

Assurances and that dang word “undermine” become big issues as people try to reassert their authority over themselves, and sometimes others.

Charlotte has a lawyer and is ready to be free. Mind you, being emancipated means she would financially take care of herself. Though considering how much of a threat the whole emancipation thing has in tone, she may blackmail Charlotte and Marty into financial support. Who knows? All that is clear is that her lawyer supports her, assumingly is being paid out of Charlotte’s stolen money, and she is serious.

Which ends up affecting Ruth because Wyatt gets into Mizzou but with being overwhelmed by what will happen to Three and what happened to his dad, when Charlotte goes on the run he follows. 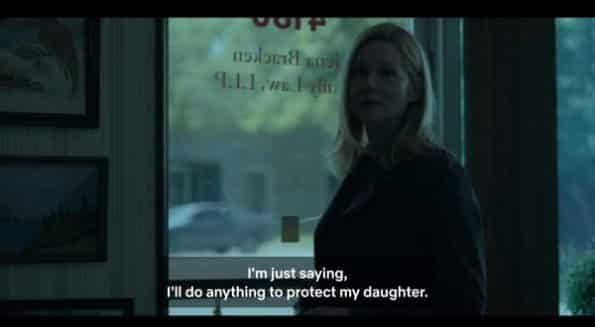 Wendy: I’m just saying, I’ll do anything to protect my daughter.

Maybe Ruth can kill Charlotte? I keep fathoming ways the character can be written off because I just can’t find a redeemable quality. Don’t get me wrong, I get why she wants to leave but between the writing or performance, I can’t stand the character. Like, if Wendy slapped her, that would be such a cathartic release for me. Because, bad enough she has thinly veiled threats looming about but then she wanted to be extra disrespectful with smoking weed and telling family business? Considering how karma has been creeping up on Wendy and Marty, I need it to hit Charlotte soon.

Hopefully not Jonah though because I adore that kid. Also, while a bit weird, it’s also cute how much he has taken to raising Zeke.

Cade decides to rob the strip club, with Wyatt, and dare Ruth to say something. For the man truly believes in mutually assured destruction and even ends the episode tempted to talk to Roy. Because, with all the undermining coming from Ruth, and threats about going back to prison, he is done. He already verbally disowned her once, it seems he is ready to put some action behind those words. Which may push Ruth to do as her daddy did, and kill her father. If not set him up to be killed.

After all, with Marty planning an out, he talks to Ruth about taking over. Add in Helen seems to like her and which the transition may be abrupt, Helen might take to it and convince her partners to approve. Though, one issue which had to be resolved before all that was the casino. Which, thanks to Charles, gets handled. Granted, with a promise being laid that the work has to be non-union, which means Frank won’t be happy, but one thing at a time. What matters is the approval should be in within 48 hours.

Also, there is a need to address the Darlene and Jacob situation. Well, as seen many times before, Jacob’s cooler head prevails over Darlene’s rash acts. Yet, it becomes clear that Darlene has always been this way. We jump back 45 years and learn Darlene basically snatched Jacob from another woman. Showing her tenacity has not only been consistent but also one of her biggest lures. Yet, with all the violence and trouble, Jacob can’t deal with it anymore. It got him shot, got Marty and Helen talking about eminent domain and riparian rights, and pretty much he is forced to admit he is wrong, they lost, and minas well be cool about it. 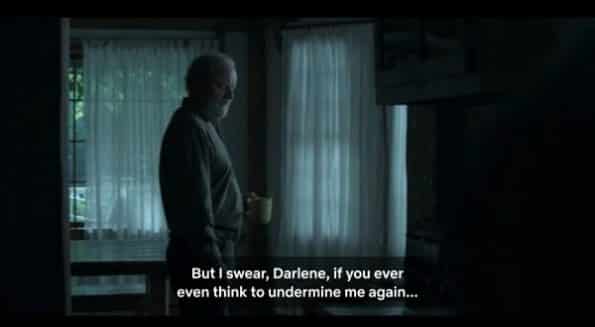 Jacob: But I swear, Darlene, if you ever even think to undermine me again…

One of the main takeaways from this season is not just how on bar in ruthlessness women can be with men, but their strategies can often eclipse them as well. Hence why men are the ones often asking for assurances and talking about being undermined while the women looked stunned. They may not be the ones in absolute power yet they are the ones making the hard choices. Ruth is why Wyatt got into Mizzou and found a way to pay whatever scholarships and grants can’t.

Darlene, arguably, is the fist behind Jacob’s voice and Wendy? As much as Marty maybe the money man and can negotiate, Wendy has solidified the deals which really made the casino possible. Her work on Charles is what allowed for any of this to happen. Because the whole gaming commission thing? Marty couldn’t throw money around to solve that issue, offer to launder money, or cuts of it, like he handles most things – see how he tried to handle Frank. Wendy, on the other hand, with her gift of gab and charm, she has Charles bent over and led him to fixing damn near every political problem she and her family faced.

Making this show weirdly feminist in a way. Which the strippers complicate but considering one found love with Sam and another got to be part of blackmailing a senator, they got to be more than just random breasts to characters with no names.

I Knew You’d Be The Death of Me: Jacob, Darlene

There came a point where it would have to be Darlene or Jacob. His plan was to stab her in the woods but she used cyanide from cherry pits to kill him first. Leaving it all to her and likely giving way to her destroying every deal Jacob has made. But, his death isn’t to be cruel or revenge. It is for the family, the land, and respect. Hence why, in his final moments, she cuddles with him as he doesn’t even seem shocked but accepting of death. 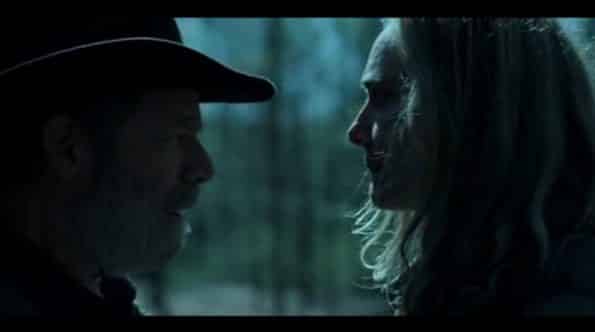 With last season having a full throwback, flashback, episode, I kind of wished we got that for Darlene and Jacob. Since I really would love to know, even with us seeing a glimpse as to how Darlene was back then, was she capable of murder too? There is a serious need to understand what happened over 45 years to make her the way she is? Also, did she choose Jacob in particular because she knew what his family was into? Heck, imagine her being a Langmore trying to get out of that family and into something better! You never know.

But, her killing Jacob seemed right in a way. It seemed she wanted to preserve the man she loves rather than let him become a man she hates. A twisted logic, but we’re talking about Darlene here. Leading to the need to wonder how will she present Jacob’s death to the outside world? Will she be fully in tears, screaming, and carrying on, or be cold-blooded about it? The man was her husband but their marriage, perhaps for the first time, was becoming contentious and losing mutual respect. And you know how Darlene feels about respect.