All the images pretty much deal with the bodies found on Snell land from people Ash killed, to Jacob's ancestors.

The inevitable happens. One thing we have longed expected but also a second thing that comes as a surprise.

It happens. It finally happens. After burning down the poppy field, Buddy dies as Wendy talks about moving to Mullumbimby, Australia and promising to leave after the casinos are done. And while Buddy’s presence may have been more comical than anything, we’re reminded during and after his funeral how much he meant to everyone. Taking note of the person Marty is, Buddy made for a good drinking partner after a hard day for Wendy and for Jonah, being that he never really had friends, Buddy was the closest thing.

Though, of course, he meant many things to different people. His memory is what gives Marty more time with Frank and the Teamsters. Also, we learn he was a Purple Heart Vietnam vet and his work in Detroit was as a UAW negotiator. Both things learned from Jonah being nosey. Yet, when the one person who pays attention to you dies, it is only natural to want to feel closer to them right? Especially when your own father rather work and hide things from you than connect.

While Marty notes his lack of emotion stems from trying to stay focused on keeping his family alive, with Buddy, in particular, I wonder if it is also connected to his dad? For what do we really know when it comes to why Marty is the way he is? His love of money is clear, but with him, we don’t necessarily have a background established like Ruth or even Wendy to a certain degree. Granted, I could have forgotten something from season 1, but that would speak more about how Marty is crafted than my memory (or laziness to look up recaps).

Either way, while Buddy’s death does lead to him doing something stupid, one has to wonder if it may affect anything else in Marty’s life. Especially considering the reveal that Jonah has been learning the tricks of the trade to perhaps make his dad proud. If not, as Wendy says, show that he can be useful.

Oh, and one last thing, outside of making working with the mob, and not being proud of that, why was Buddy so secretive about his past? I wouldn’t call him humble, so definitely not that, so what skeletons was he trying to hide? Also, taking note of a picture Buddy had with two kids in them, were they his? Maybe grandkids?

Roy needs a lead. He is banking on Mason’s wife being amongst the bodies dug up on the Snell’s property, but he needs a backup. Especially since, while he doesn’t know what Darlene is capable of, Wendy does. Hence why she tries to get Mason to back off but he rejects her plea for he wants justice. So, with Grace’s body not a sure thing, he goes after Charles. Someone with a 136 million bank payment overdue and who needs Marty’s casino, his resort, to happen.

Unfortunately for Roy, Charles doesn’t know much and thanks to Darlene allowing bodies to be dug up, all Roy gets is the remains of Jacob’s family and a pending civil suit. But, one thing which has to be noted is that Charles does try to provide Wendy an out. However, it seems she is with Marty for the long haul.

I just wanted Agent Evans to walk around and say something to the effect “My, how the queen has fallen.” Well, something not that corny but him still taking note how Roy was falling apart. Outside of that, I’m increasingly surprised by how lenient Darlene is willing to be. Especially after Wendy betrayed her and distracted her with adoption conversation while she burned her field. Could it be, similar to Ruth, her desperation for a friend has made it where she is willing to forgive transgresses?

Roy is pretty much at nothing. None of the bones matches Mason’s wife and, to make things worse, Mason got arrested and more than likely the cops will give Mason’s son to Darlene to make nice. However, as Marty decides to open up, he does two stupid things. First, he reveals, while Rachel is wired, that he’ll make sure his PI in Chicago will take care of her and she won’t lose the Blue Cat. On top of that, he makes out with Rachel on record. Meaning Roy now has what he needs but, it isn’t clear if he was listening considering everything else that is going on. 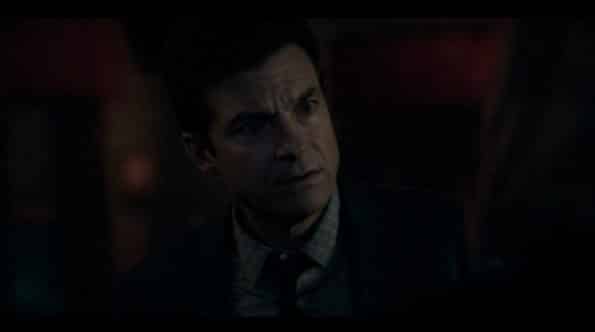 STUPID! STUPID! STUPID! I know Marty was drinking, which we don’t see too often happen, but why would you open up like this to Rachel? Much less say the words you said? The kiss I get because they had chemistry in the first season, but why be such an idiot. She stole from you, your wife and daughter don’t trust her, and she warned you, when drunk or high, that something bad was going to happen. Hell, her revealing Roy should even be a red flag for why is she just now bringing up this dude huh? Especially when you were hot on her case. 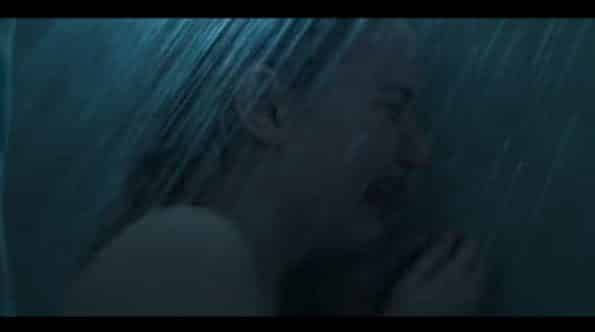 Kind of weird Ruth felt like a whole separate story for once. Because you know I finagle ways to bring everyone noteworthy together but Ruth, post-waterboarding, has a storyline you can’t easily integrate with the others. For one, her pushing down all her trauma and trying to act like things were same ole’, same ole’ was difficult. Not to the point of crying, this show doesn’t have those type of performances, but I felt for Ruth, you know?

But one thing Ruth really pushes this episode is that money might be the sole reason Marty has any allies or associates. Reason #1: When it comes to consoling Ruth, when he sees her, he keeps her at arm’s length and keeps it social but not full on caring. Then, when Wyatt gets expelled for defending Jonah, he does nothing. Now, while I know he doesn’t talk to Ruth much about his family, surely he recognizes how important Wyatt is to Charlotte right? That him being expelled could mean more trouble out of Charlotte? Why not try to say something on Wyatt’s behalf? Use money, schmooze, something? Unlike Rachel, who knows nothing, Ruth damn near knows everything and could easily take you down. Hell, even rob you in the process.

Add in, outside of trying to kill you that one time, she saved your life, is a good worker and even showed initiative when things were looking bad? You couldn’t have done her that solid? Maybe even took note, with Wyatt getting expelled, you’d still help him get into college? Where is the investment here? I mean, maybe I’m too used to street gang movies where criminal organizations don’t just help you make money but also offer protection and family. So maybe that is why I’m so confused. But, considering how often Marty screws people over, you’d think he would try to smooth things over beyond how much money they’d lose without him. Especially with two liabilities for children and a wife who has every reason in the world to betray him. Even before you include Charles.