After many trials and tribulations, Roy finally gets what he wants. All thanks to one person in need of a friend.

Remember Sam? The dude whose momma got hit by a truck? Well, he is back and Wendy decides he’d be a good plant for the strip club. Which he isn’t because, on day 1, he is falling for a stripper and when Cade decides to come down, Sam presents no authority. Ruth, however? Oh, she asserts that, despite what Cade may think, she is definitely in charge.

However, Marty does rock her a bit with stripping her title and then Wyatt wanting to blow off a fancy college for a local one? All because of some guidance counselor who thinks they have the power to choose winners or losers? She loses it. The woman brings up Ruth not getting pass 10th grade and she hits her in the face – on school property. Leading her to drink and, since Wyatt is no longer a good drinking buddy, she heads to see someone else. 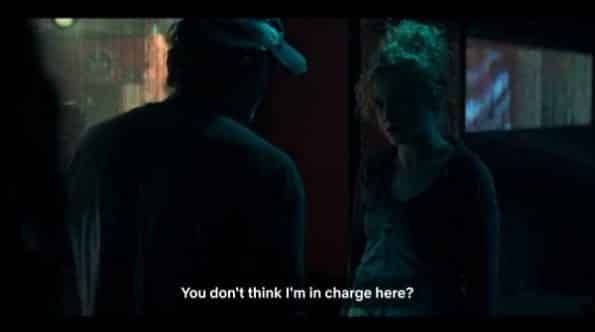 You really do have to feel for Ruth. Despite how young she is, the weight of the future of her family is on her shoulders. Whether Wyatt ends up a burnout or like his dad relies on her pressing him and possibly hating her in the process. And while she is busting her ass, Cade is undoing all of her work by showing himself as a bum and making it seem acceptable and normal.

And while, yeah, Three exists, he is also as simple as his name. So what is a girl to do who is doing better than she could, she isn’t stripping or robbing anybody, yet doesn’t want to be the only one who makes it out? For while her family is trash, they’re still family. Everyone else turned their backs on the Langmores so she has to try to at least get one or two out of that mini-trailer park. Otherwise, how will she deal with the guilt of doing well as her family starves and eventually does something stupid which gets them killed or in jail?

Wyatt is still grieving over his dad and with Charlotte slipping that she and Marty were there the night of, Wyatt now has a whole bunch of questions. All of which Marty has very little intention of answering. But, with Charlotte slipping, it does make Marty acutely aware of how his family can screw him over. Even in the sense of Wendy having autonomy and not checking with Marty over every last decision. Something we hear Rachel complain about. Who, as before, is trying to entrap Marty but he keeps sidestepping every setup.

But, perhaps Marty should be thankful to Wendy for her connection to Charles helps them sidestep a bribery charge Roy set up for him. All because the setup was too clean and didn’t look right. 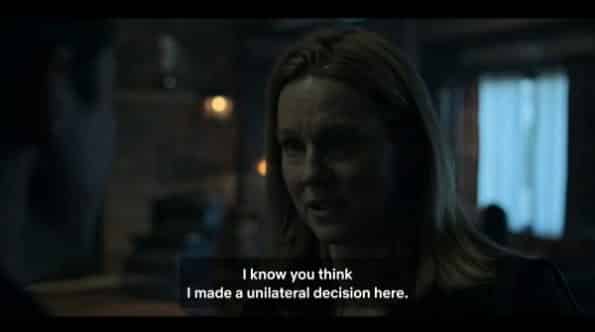 Wendy: I know you think I made a unilateral decision here.

Again, there is the need to question if Marty sees everyone as a commodity or asset? For just him being ready to go off on Wendy, who is as invested as Marty, arguably an essential piece in the operation, is telling. Because, at this point, it seems multiple people are growing tired of Marty’s BS and him seeming money focus and seeing people as disposable.

Heck, take into consideration Buddy, the man had an episode and seemingly is on his deathbed. Yet, does Marty visit him? The person who helped with Marty’s mob issue? Nope. He avoids him until some ping of guilt finally hits him. Seemingly because Buddy’s cancer triggers memories of his father but is that much of an excuse? You’re in this man’s house, your son treats him like the grandpa he never had, and he proved himself an asset. 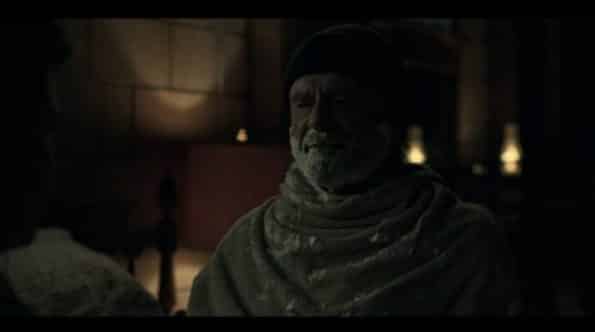 It’s like with this Ruth situation. There is a serious need to wonder if Marty knows how to show someone they are valued beyond money and added responsibilities? Which, who knows, maybe that might help when it comes to his kids. Perhaps making Charlotte and Jonah feel more responsible for bad things happening, or them still living comfortable, could lead to them both not making dumb decisions. Like Wendy telling Charlotte that Rachel stole from them. Perhaps sharing more of that kind of info is better than whether or not someone is smoking weed. After all, at this point, what moral high ground does Wendy or Marty have any more? They’re better off making the kids prepared for the worse.

The Pressure Is On: Roy, Ruth, Rachel, Marty

With Marty not inspiring much loyalty or joy within his organization, and Ruth being a bit lonely, she ends up bringing up Marty’s money while venting to Rachel and giving Roy what he needs. Which was a serious last-minute win for Rachel has been the worse snitch ever. She basically outed Roy, as a bug, and Roy was ready to kill her since she really did threaten two years being undercover because the heat was on.

However, now Marty’s home is being raided, likely his businesses will too, and so we wait to see if Marty will add the FBI to people he makes deals with. 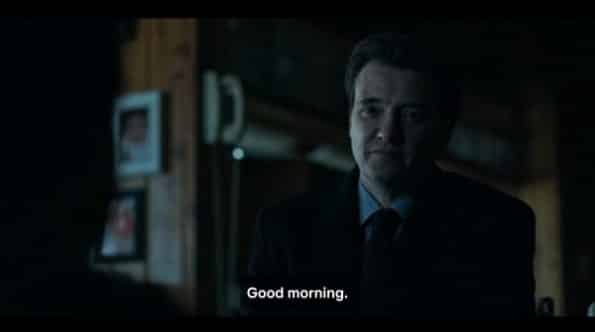 I would have been cool with Rachel being shot. As Marty noted, her routine is getting old and when it comes to shows like this, it is best to kill off a character when they are at their highest point, but the backup is always when they get annoying. For it becomes such a cathartic release for the audience. Alas, between her and Ruth, both may likely be needed for what happens next to Marty.

Which, with how this show is, will either mean him making a deal which Roy isn’t happy with or Roy being embarrassed when nothing is found. Because Roy being an idiot doesn’t seem like something that’s going to change. Him becoming crooked is more likely.