Our Kind Of People: Season 1/ Episode 9 “Twice as Hard, Twice as Good” – Recap/ Review (with Spoilers) 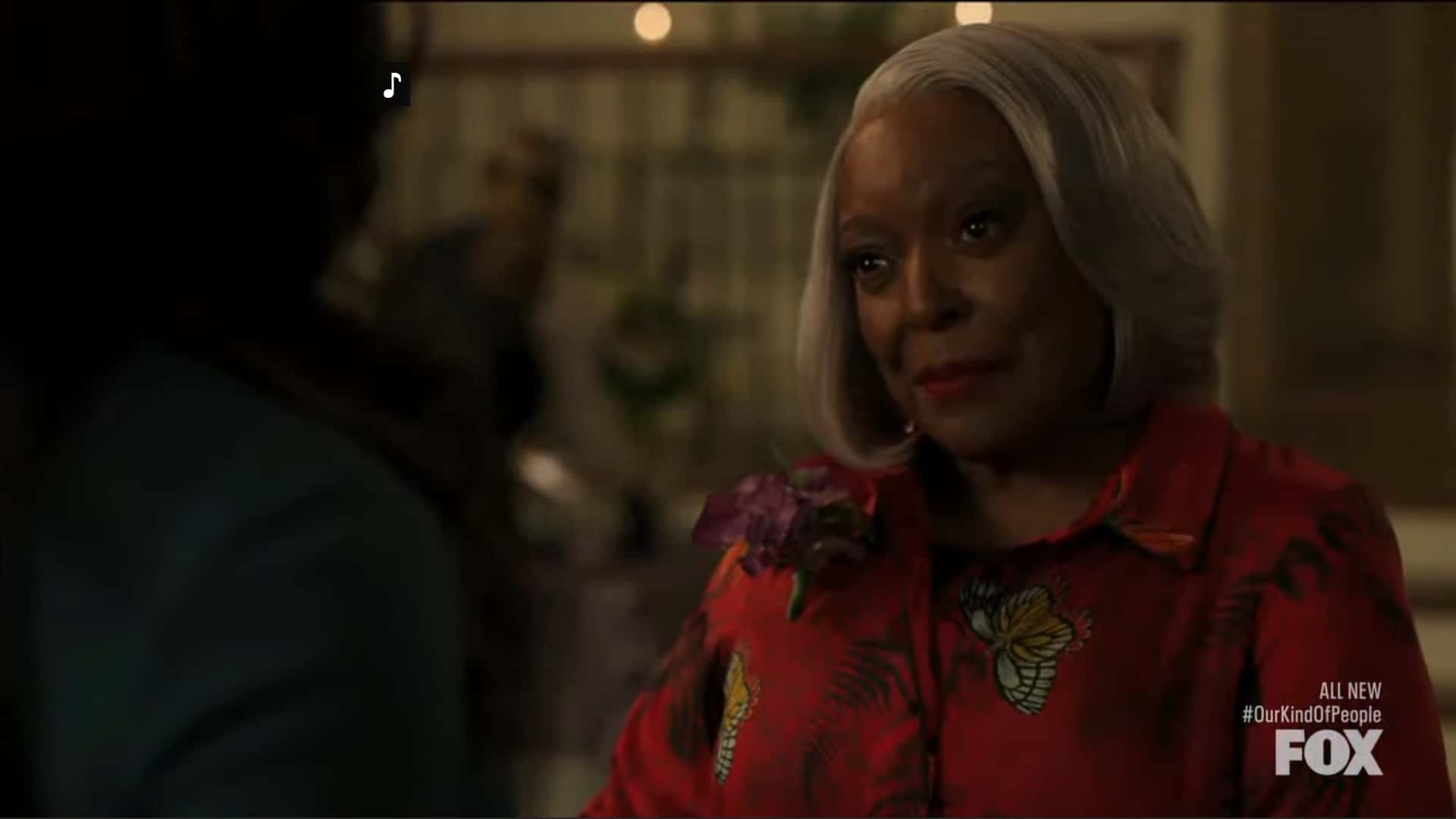 You’ll come to question why Olivia has been on the back burner so long as she makes herself a prominent presence in this episode.

Trust Is So Easily Lost, But Forgiveness Is Given When Due – Nate, Angela, Tyrique, Patricia, Nikki, Lauren, Taylor

With so much going on in Tyrique’s life with the stadium deal, his insecurities don’t have time for Nate and Angela playing house. Though, as much as Angela tries to make this seem nothing is going on, that isn’t true. After a blow-up between her and Nate, when she finds cocaine she thinks is his but is actually the freshly returned Aunt Patricia’s, the two reconcile, and they kiss with her getting good news. The kind which makes it clear, no matter what Angela may have said, how she feels isn’t in alignment.

But let’s not just drop that note that Patricia has coke like it’s nothing. To make a long story short, Patricia used to be addicted to crack, and Darius, the friend of Tyrique’s father, was her dealer, boyfriend, and abuser. So, after yet another tussle, she stabbed Darius to death, called Eve, who called Teddy, and Teddy got Calvin to handle the body. Angela didn’t know the full story until now, but Patricia had to tell it to exonerate Nate and warn Angela about Teddy. For while Teddy has chilled out as of late, he remains the person willing to use a favor he did to try to control not just Patricia but Angela in extension.

But, it should be noted, it isn’t just the adults with drama. Lauren pulls Taylor away from Nikki because she is unsure how to handle her mom possibly having an affair. She specifically went to Taylor since Taylor has experience in this since she accused her step-dad of cheating and blew up her family. But, rather than go to her mom or dad, it is decided they’ll go to Jack, and the two of them discover his dead body. This trauma bonding eventually leads to kissing, and Nikki, rightfully so, worried something is going on. Especially since she knows, after the summer, Taylor and Lauren return to boarding school together, which, for Nikki, could easily devolve into a summer fling vs. it becoming a long-term relationship.

Due to Eve and what she did to Olivia, Olivia decided to cast a generational curse on Angela, which is her ire. This isn’t something Leah appreciates, at all, because it all comes off rather petty. But then Olivia breaks down the full history. Eve, Olivia, and Leah’s mom, Rose, were cool, friends even back in the day. Rose even advocated for Eve to become a Graceities and Olivia, with the rare money Vernon gave her to have some opportunity to show herself worthy of being seen as a businesswoman, invested in Eve.

That ended up being Olivia’s undoing. You see, Olivia longed to be more than Vernon’s wife and support him at functions and be ornamental. She wanted to be part of the business and do as we see Angela does now. However, the one chance she got to prove herself, through Eve, got tarnished when Eve and Teddy got together, and Eve high-tailed it. Thus, Vernon no longer trusted Olivia’s judgement, and snatched away the sole opportunity he gave her to be more than his wife.

Because of that, Angela has had a target on her back, and with every moment Angela praises her mom, it only angers Olivia more, and so every chance she has to embarrass Angela is a cathartic release. But Leah isn’t really trying to stand around, as President of the Graceties, and let a senior member bully someone trying to get in. So, she censures her. An act that won’t easily be forgiven, especially since it seems Leah increasingly is against Olivi’s interests in both a Graceties capacity and by not helping her son reclaim what’s his – or rather Olivia’s.

While Olivia married into the family, so Darmon by no means was her birthright, considering she longed to show and prove herself by having a role in the company, Jack tossing it away like it was nothing just won’t do. So she visits him, thinking their relationship, since she was the cool mom back in the day, would sway him – it doesn’t. So, in a way that could be perceived as an accident, she kills him. It was just a simple push of an inebriated man, but that’s all it took for him to fall into a glass table and die – to later be discovered by Lauren and Taylor.

Now, with Jack being the last of his family, so we’re told, it appeared his stock in the company would go to Raymond. After all, with the way Olivia puts it, Jack’s family involvement was originally as a loan guarantor since no one would loan money to Raymond’s ancestors. However, Raymond makes it clear that his mother, who he knows interfered, and likely was there or caused Jack’s death, isn’t winning any points, or a position at the company, for her deed. If anything, he thanks her and reminds her that this is his company and his dad left it to him, not her.

This surely will mean Olivia causing more issues for anyone she wields any influence or power over. For, after all this, I think we can all agree she is getting tired of being undermined, undervalued, and this feeling she is being put to pasture.

After all, weren’t those two the ones who ran Alex out the first time? Didn’t they collaborate to get their children together? I feel like the show dropped the ball with Olivia and all the potential she had, but she came ROARING back in this episode!

Now it is just up to the writers to keep this momentum going, which, considering how Our Kind of People doesn’t like to keep the drama going for too long, it’s hard to say if they’ll capitalize on Olivia as they should.

All The Cheating Drama

Yay, we dodged a Raymond and Leah bullet, but Angela and Nate? Lauren and Taylor? I’m sorry, but the show has more than enough drama to go down these incessantly lazy paths. Plus, who thought this would be interesting? I get Lauren doesn’t have much going on, but she just discovered a dead body! That kind of trauma could stir up something. Plus, doesn’t she have this new charity? What about her doing an event somewhere and someone associating her name with her uncle and having that lead to something?

Then with Angela and Nate? STOP TRYING TO MAKE NATE A THING! I get it. Tall, attractive with abs is eye candy which keeps some viewers around but have him offer more. Especially if we’re swapping him in and Tyrique out, who is established and honestly makes for a cuter match.

Anyone Else Forget About The Graceities?

I can’t be the only one who forgot about the Graceities, right? Hell, even the incubator program was an afterthought since the show has really ventured away from Eve Crown and has become far more about personal drama. But, perhaps we should be happy it is back? Granted, Angela’s friend from episode 1 is still missing, despite how you’d think she’d guide her through the process. But, as shown, Leah seems to be stepping in, and it is quite fun to see her be the protective big sister and energize Olivia.

However, let’s hope that, between the introduction of Gisele and Olivia’s wrath, they make the Graceities something that feels like they were saving the best for last and not a vibe they are running out of ideas that won’t bore them as much as viewers.

Our Kind Of People: Season 1/ Episode 9 “Twice as Hard, Twice as Good” – Recap/ Review (with Spoilers)
Trajectory: Plateau
With this episode acting as a winter finale, it means we, once again, have to wait a month, and just as things are picking up, the pause button is being hit. So, do or die, we'll learn whether Our Kind of People is meant for a second season when the show returns on January 11th.
Highlights
Olivia
Disputable
Anyone Else Forget About The Graceities?
All The Cheating Drama
75
Follow Wherever I Look on Twitter and Instagram, Like us on Facebook, and Subscribe to the YouTube Channel.