Our Kind Of People: Season 1/ Episode 4 “Crabs In A Gold Plated Barrel” – Recap/ Review (with Spoilers) 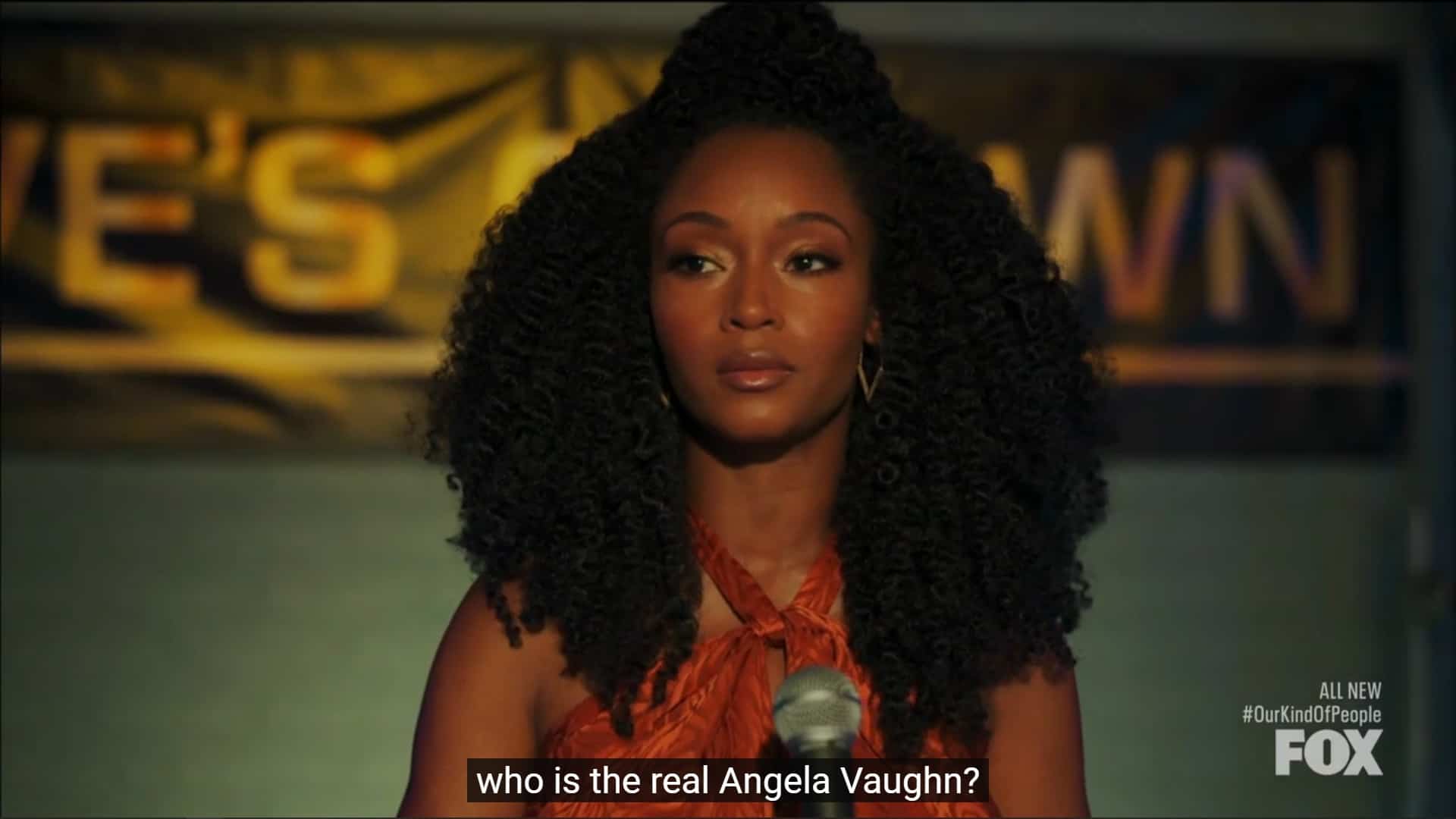 As Angela continues to be used by her father to manage those he doesn’t want to face, so comes the question of when will she hold her father accountable for his sins rather than her sister?

Uncle Tizzie is one of Angela’s friends who comes by to visit for her grand opening.

A noted financial reporter, and Raymond’s ex-wife, that he hopes will work with him in taking down Teddy Franklin.

Nikki’s father who has been in prison for at least 17 years.

While Angela likely was entranced with Nate’s ability to do soliloquy, unfortunately, his decisions led to not only jail time but her breaking up with him and Angela hiding his existence from their daughter. As you can imagine, he is not happy about this, but what can he really do in his situation? Well, write a letter to Teddy for reasons I can’t fathom – that’s how!

But while Nate is mostly in Angela’s past, the question of whether Tyrique will be in her future is a whole other thing. On the one hand, there is all Leah and her family have done, which Leah reminds him of over tennis. Yet, there is also how Leah treated him when they first met, combined with Angela being a cool woman who doesn’t seem to be as worrisome as Leah paints her to be.

So, what was Tyrique’s decision? Well, he takes down the cameras he put in, thus impeding Teddy’s ability to spy on Angela, and while originally they agreed to give each other space, this is reversed when Angela realizes she doesn’t want space. She just wants Tyrique to know what he is getting into, between the public drama and what the Franklins will continue to do as long as she is seen as a liability.

The way Angela does what Teddy says will make you question why is it she tried to usurp and force him into retirement? She puts him before her husband, allows him to egg on this vendetta against Angela, and does so with no real pushback despite Teddy’s role in the affair and her mother’s downfall. All the while, Angela really isn’t trying to disturb what is going on with Franklin Holdings or try to make any claims. All she wants is a shot, took an opportunity, and is trying to prove herself.

But, rather than just make things hard and force Angela to prove her merit instead, she sabotages her grand opening and nearly destroys her business. All due to her shame of having a half-sister and her father’s infidelity. Though, with Leah unable to take down her dad and be the hand of karma, I guess Angela, being an easier target, is the one she has her sights set on.

With Leah deciding to use social media to make it appear Angela is really just about money, not about the culture, this nearly ruins Eve’s Crown. Thankfully though, an impassioned speech and Angela’s friend, Uncle Tizzie, save the day. Now, how does Uncle Tizzie save the day? Well, by doing two things: The first is bringing drag performers to the grand opening to get it on and popping. Following that, they convince Nikki, who isn’t fond of all the attention surrounding her mom, to step into the light and accept being Eve’s Crown’s new face.

Though, in stepping into the light, her power, she has attracted Taylor beyond friendship. Which leads to the two kissing and Nikki officially having her own drama. Why? Well, because Taylor is playing both Nikki and Lauren, who she just got back with. So here is hoping the cousins will do what their mothers can’t and not let a 3rd party get in the way of their relationship.

Oh, and speaking of relationships, Raymond seemingly is done pursuing one with Leah. Mind you, he hasn’t divorced her, separated from her, or cheated on her, yet. However, between meeting with his ex-wife, Alex, to take down Teddy and us not knowing why she is an ex and the state of that relationship? You never know. After all, who thought Nikki and Taylor would become a thing?

Nikki Ending Up In Some Drama

With the way things were going, it seemed Nikki and Lauren could have acted as the preview of what would come. Their friendship, them bridging the Vaughn and Franklin family, could be an example of what Leah and Angela could have. Now, unless Taylor can convince them into an ethically non-monogamous relationship, it’s just going to be a bunch of drama. That is, assuming Taylor isn’t using Nikki to get back at Lauren for keeping her a secret all this time.

Lack Of Interest In Nate

Beyond being Nikki’s father and being poetic, they’ve done nothing for this man. Yeah, he is in prison for reasons we can’t fathom, but that doesn’t make someone interesting. He utterly lacks oomph, and we don’t need another mediocre character who can’t contribute much.

The Adults’ Drama Is Starting To Get Old

Whether it is Angela v. Leah or Teddy v. Raymond, I need the show to get back that quick pace it had earlier on. Leah’s line about being ashamed of Angela was cute and all, but can she be ashamed and not be her father’s puppet? Can she just push Angela to be worth her time and respect than try to sabotage her? Don’t get me wrong, I get it is a drama, so that’s what happens, but it seemed the show didn’t want to dwell on the same tired storylines we’ve long seen and wanted to speed things up.

Which I so BADLY wish they would do for Raymond vs. Teddy since Raymond isn’t on Teddy’s level, and honestly, my investment in their beef is minimal. Though, how could they really beef this up? Raymond firmly is Leah’s husband, and I don’t think he has much of an identity outside of her, and his personality is mute.

So, with the introduction of his ex to take on Teddy? I see the attempt of giving him the support he desperately needs in this fight, but it isn’t doing a thing for the character, just his meager story. One that I would be fine if it ended this season with Teddy killing him off.

A part of me can appreciate how torn Tyrique is. On the one hand, the Franklin family financed his education and made him into the man he is today. However, then there is how Leah treated him, the dangling of “Remember what we did for you” and the fact that, Tyrique’s dad probably got killed because Teddy was being shiesty. Not because he is a rich man, never mind a rich Black man, but because he plays dirty and probably messed with the wrong person.

And this makes me think that Teddy is being absolved far too much for his part in people’s personal issues.

Our Kind Of People: Season 1/ Episode 4 “Crabs In A Gold Plated Barrel” – Recap/ Review (with Spoilers)
Trajectory: Decline
I almost feel like this episode presented a 180 in where I thought this show was going. The drama went from almost a limited series style, when it tried to take steps towards resolving things, to now doubling down, adding more people into the mix, and giving you the feeling that everything and the kitchen sink will be thrown in. Now, hopefully, they can turn things around, but being someone who watched STAR, and Empire, to a point, I'm hoping this isn't the beginning of the end for the already low-rated series.
Highlights
Disputable
Tyrique
The Adults' Drama Is Starting To Get Old
Lack Of Interest In Nate
Nikki Ending Up In Some Drama
70
Subscribe to our mailing list Follow Wherever I Look on Twitter and Instagram, Like us on Facebook, and Subscribe to the YouTube Channel.