In its return, Our Kind Of People decides it is time for old alliances to end and for us to be reminded that you are either for Teddy or against him.

Aunt Piggy is at the point where the guilt is eating her away inside. So to relieve herself, she talks to Tyrique about his dad and paints him as a standup guy. One involved in some of Teddy’s criminal activities, but generally a nice person. Tyrique gets some healing from this, but it doesn’t stop his need to question things. However, it does seem, with getting to move on a bit from that issue, he is ready to address his with Angela, and now the two of them are back on a path towards dating.

As for Nate? His main focus remains getting his life together and not getting back with Angela. Plus, with Aunt Piggy talking about turning herself in, he is trying to get her to understand what that would mean, and she isn’t hearing him or Angela. So, she turns herself in.

All You Had To Do Was Let It Go – Angela, Teddy, Leah, Olivia

It’s finally time for bid week, which would make or break everyone’s dreams of becoming part of the Graceties. 5 people could get in, and Angela is not one of those people. Why? Well, despite all Leah has done, including taming Olivia to a certain degree, she decides not to support Angela becoming a member. The reason? Teddy.

As shown, Leah will put her father before damn near everyone, despite this whole show starting with her knowing how corrupt he is and trying to take him down. But with her mom out of commission and her husband potentially having mixed loyalties, I can only assume she thinks someone has to be on her dad’s side. Which, for a while, it seemed Angela was on the team, but with her deciding to hop off and not let whatever happened to Eve go? She lost the benefits of being part of the family.

At this point, Raymond knows he needs an ally in his fight with Teddy, but Olivia isn’t it. She is invested, willing to go the extra mile, but she can’t easily be controlled or take direction, so she is out. Tyrique, on the other hand, makes a good ally, but Raymond’s history with Tyrique complicates things. They went to the same boarding school together, but Raymond didn’t befriend Tyrique or stick up for him when Tyrique was accused of stealing. Instead, he gestured towards being cordial, but never enough to make Tyrique feel welcomed.

All of this gets hashed out in the present day, and as Tyrique continues to mull over Teddy’s role in his father’s demise and the guilt Piggy mentioned that likely was the final straw, he decides to work with Raymond. How in this episode? Just by helping Raymond eliminate the page Jack signed, which would turn over his shares to Teddy. For without that page signed, Raymond would get the shares back and a major boost towards him getting Darmon from under Franklin Holdings.

Sometimes you find yourself living in a prison cell, one you didn’t even know you were in. But it is only when you see how small your life has become that you realize the bars around you, you put up yourself. And sometimes, the only way to get free is to be honest about how you got there in the first place.
— Aunt Piggy

Not all skin folk are kinfolk, and when you learn that at a young age, it can be rough. You’re expecting that you made an instant friend because you look similar, and seemingly because Raymond wanted to be affiliated more with his family’s status than culture, Tyrique was mistaken. And I want you to remember this, already Tyrique and Leah weren’t close since she was a daddy’s girl and saw Tyrique as a threat. So to add Raymond into the mix? Alongside Tyrique’s dad dying? That is a lot of rejection and feelings of abandonment there.

Which can help you understand why Tyrique is a little skittish with Angela. Between loss and rejection, I can imagine him seeing Nate around could feel like the beginning of the end. So rather than wait until Angela gets who she really wants, he decided to sabotage things so that he could feel like it was his decision things ended.

Back To Where We Started

Our Kind of People is a show dedicated to making one step forward, one to the side, one back, and just moving about like a square dance. That’s where we are now when it comes to Angela and Leah, alongside their relationships. In a way, I appreciate it since Angela’s relationship with Teddy did move quickly beyond what he was accused of, as the character noted. However, it is still hard to wrap my mind around Leah’s move of screwing over Angela in an effort to push her out.

Yet, I think Our Kind Of People has long been uncomfortable with the drama that is expected of it, hence the back and forth. It wants to pursue dramatic storylines and moments but wants there to be a feeling that these people are family, and perhaps they just need an honest conversation to heal their wounds. Yet, who wants to have difficult conversations which require you to be held accountable? Especially once you reach Teddy’s age and part of your brand, your whole life, is about the lies you made not coming out and staying buried right where you put them? 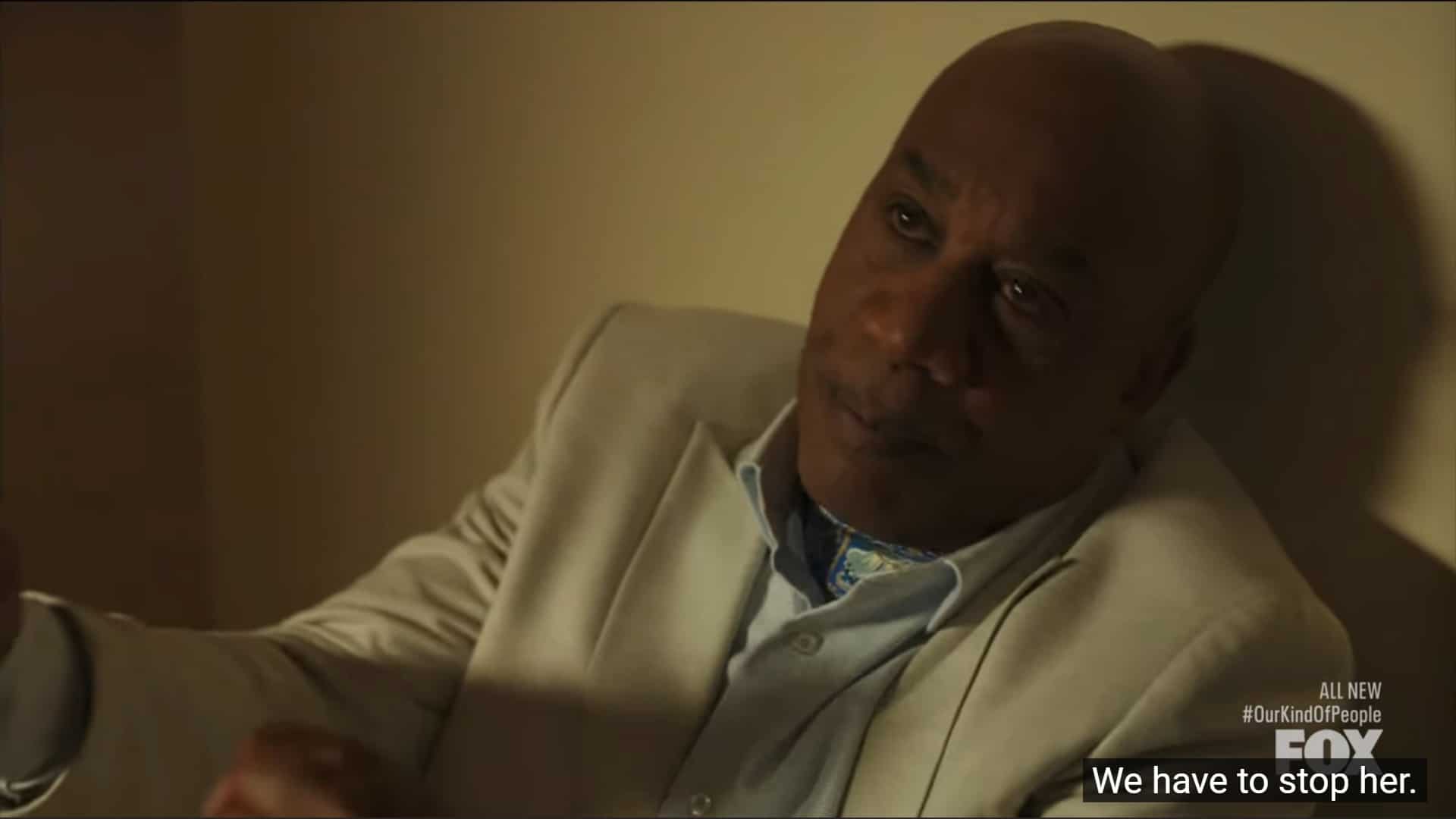 Our Kind of People: Season 1/ Episode 10 “Just Desserts” – Recap/ Review (with Spoilers)
Overall
Our Kind of People remains in limbo for a second season, and with the way things are going, it seems we're going to get a frustrating cliffhanger as a series finale.
Highlights
Tyrique's Backstory With Raymond
Disputable
Back To Where We Started
80
Subscribe to our mailing list