Wherever I Look
Recaps, Reviews, and So Much More
Home TV Series One Day At A Time: Season 2/ Episode 13 “Not Yet” [Season Finale] – Recap/ Review (with Spoilers)
TV Series

In the season finale, we get a strong reason to wonder will they or won’t they when it comes to the fate of Lydia.

Lydia is in a medically induced coma after just barely not having a full on stroke, and with that comes everyone speaking their piece about how much Lydia means to them. Of which, only Alex isn’t that hard-hitting. Well, Dr. Berkowitz’s as well to a point, even with him noting she is perhaps the love of his life, even if the love he has for her isn’t requited in the same way.

But then there is Elena, Schneider, and Penelope. For Elena, she notes that the reason she doesn’t know and speak Spanish deals with an embarrassing outfit Lydia put her in. One in which, she got rid of this bow and when she came home, Lydia berated her in Spanish and Elena pretending she didn’t know what she was saying. This led to her, eventually, truly not understanding Lydia and thus explains their disconnect. It might not necessarily be because Alex is the boy, but their lack of a shared language they could easily communicate in created a glass wall. One which may have had pockets to hold each other and communicate, but no gap so big for the other to fully embrace. 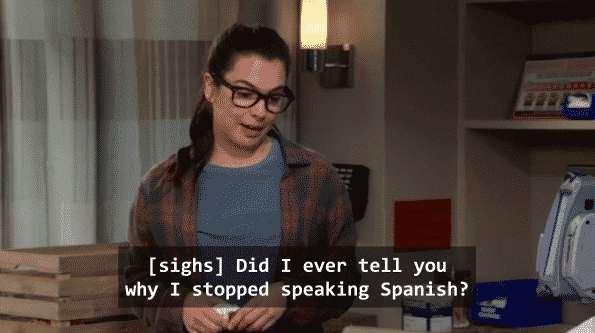 Yet, with her accepting Elena after coming out, that seemingly broke the wall in a way. There were still things she didn’t get, but it seems both sides put in the effort to keep that wall from creating an effect which would end the possibility of a close relationship. Leading to Elena eventually realizing, despite them not being as close as they could have been, she still basically became Lydia – just like her mom.

For Schneider, his story is perhaps the one which may bring on the tears first. If only because he reveals Lydia is the reason he got clean and probably is staying clean. When he basically was forced to come to America, loneliness pushed him to alcohol and eventually cocaine. Something he thought he was fairly good at hiding publicly, but it seems Lydia caught on and decided to not call him out. Instead, through the gesture of giving him chicken soup and words of encouragement, she helped him get the strength to get clean.

In fact, one could argue that she has been his unnamed sponsor all this time and him coming over has been making it convenient for her to check in on him. Hence his multi-year sobriety and making sure whether it is Elena, Alex, or Penelope, he goes beyond for them not just because that is who he is, but because they allow him to share this wonderful woman. Someone who saved his life.

Leaving Penelope. At 39 years old, and as stubborn as her mother, she accuses Lydia of having a stroke just to win an argument. Then, from there, she digs into the wound Lydia opened up by not supporting her the night before. The wound which was first made when she didn’t support her joining the army, even didn’t take her to the airport for boot camp. Since then, it seems her mother’s lack of support for pivotal moments, like divorcing Victor and breaking up with Max, have been a bit of a craw in their relationship.

Yet, seeing how she is now, laid out, glammed up thanks to friends and family, but still and silent, Penelope gets it. Why say goodbye and make it seem like it is the final time you would see someone? Surely that was the reason why, right? Even if it isn’t, that is what Penelope accepts.

Thus leading to the answer we were waiting for: Will this be the last episode we see Lydia? The answer – Nope. Despite Berto popping up, ready to take Lydia to the other side, she wants to stay. There is telling Elena to get a job as she goes all the way to her doctorate, upstaging Alex’s wife at his wedding and while Penelope doesn’t need her, she still wants to be in her life just a bit longer. So while she misses her Berto, and he misses her – including being jealous of Dr. Berkowitz’s time with her, he must wait just a bit more.

Playing With Your Emotions 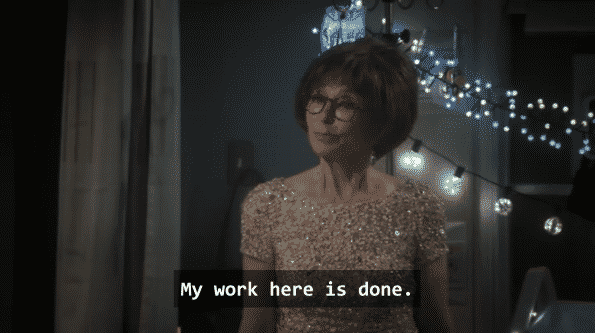 There was a beautiful build in the episode. It started off light with Alex giving Lydia the gossip and had a Mike Tyson KO punch with Penelope. Making it truly seem this could be Rita Moreno’s last episode of the show. Plus, with her noting in the “Hello, Penelope” episode she doesn’t regularly take her pills, it isn’t like this was done for dramatic effect.

Schneider and Dr. Berkowitz’s One on One

There are times when Schneider and Dr. B come off as tokens in the way Latinx or Black characters are on white shows. Yet, they really showed they are so much more than that. Schneider in a better-crafted way, but let’s not discount Dr. B.

For Dr. B, like Schneider, it seems every relationship before the Alvarez family was horrible. In an almost joking manner, it is made to seem that rich white people can’t have healthy and functioning relationships. So, Dr. B looked towards Lydia, Penelope, and even Esme. Since they provide the kind of love you can’t find anywhere else.

But, while Dr. B’s was touching, it didn’t get to go all the way like Schneider. For most of the season, I found myself struggling to remember how did he get clean again? As if maybe it was mentioned in season 1 and I just forgot. That is until he revealed it was Lydia who got him through. And it is in that moment where you realize Schneider is more than this show’s comic relief. He isn’t just some white boy used to represent all the jokes Latinx, if not people of color in general, come up with when thinking about white people. Nope, he is a person who found them fascinating, loving and wanted to bring some of the aspects he has come to appreciate into his life so he could more be one with them.

Since, not only did Lydia, Penelope, and their family provide him with a lot of things he doesn’t have, they provided him everything he could have hoped and wished for.

Elena’s One on One

Like with Schneider, Elena’s one on one explained a lot to me. For a good part of the season, Elena was treated as an “other” or Black sheep, something which didn’t make sense. After all, she was the first grandchild and was a girl. One which, granted, isn’t the most feminine, but we saw her accept that – to a point. But with Elena laying out how her not really speaking Spanish, to originally spite Lydia, and Lydia’s English making it so she isn’t always able to express herself causing a disconnect, you get where their true problems lay.

Also, you get a sense of how, like Alex, Elena went through something when it comes to her cultural identity. It may not have been full on racism, but the kind of discomfort which changes a person. Often times for the worse.

Penelope’s One On One A lot of things get laughed off with this show. Sometimes because it isn’t worth the argument or because the show doesn’t want to dig into certain things too long. After all, the show is but a half hour. Though some subjects still get carried over episode to episode, from season to season, and on occasion explode.

That is what happens with the lack of support argument. And to see Penelope, originally, speak as if Lydia would have a stroke to win an argument, and her berate Lydia for her lack of support at pivotal moments in her life, it was very real and raw. And while, of course, it led to a sense of understanding and closure, you had to appreciate this anger expressed.

The only thing which could have made it better was, during the Berto and Lydia scenes, her addressing Penelope’s criticism.

Where To From Here?

Outside of Elena’s relationship with Syd reaching the next level, and her bond with Victor continuing to heal, so comes the question of what is next? When it comes to Alex, will he actually got a storyline and not just be the Alvarez family comic relief? For Penelope, will she officially become a nurse practitioner? Maybe even find love again? Be it through Victor or someone else?

What about Lydia? With her becoming a citizen and having to be put in the hospital, does that mean everyone will be watching her like a hawk now? Personally, I would love for the show to have an arc in Cuba, but that might be too much to ask.

Then, when it comes to Dr. B and Schneider, what about them? A part of me would love to see Lydia address everything said to her while in a coma, as well as these two men get lives outside of the Alvarez family. Especially Schneider since, while a bit like a big brother to Elena and best friend to Penelope, it is clear he has an itching to have his own family – as seen through his relationship with Nikki.

But, unfortunately, we’ll have to wait until 2019, assuming this gets renewed, for answers.