One Day At A Time: Season 2/ Episode 1 “The Turn” [Season Premiere] – Recap/ Review (with Spoilers) 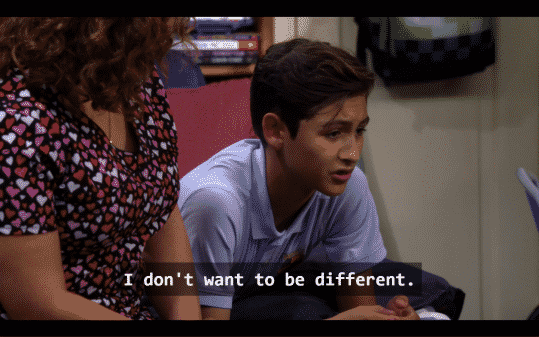 What begins with addressing Alex going through puberty, and the attitude which comes with that, becomes a conversation on racism and colorism.

In the beginning, it seems with Alex going through puberty, he has now started to smell himself a bit and feels like he can go off on his mother and abuelita. However, it isn’t necessarily them which are the problem. If anything, it is the racism he has experienced. Something which gets so bad that he punches a kid.

With Alex’s experience learned, it puts things into perspective and as he leaves to cool down, so begins a conversation. One in which Schneider, who has been learning Spanish to fit in with the family more, chimes in on and says, pretty much, all the wrong things. Especially as he tries to make the term “white” seem like a slur. But, that joke aside, the show gets surprisingly deep for a comedy. For whether it is talking about the terms used for Latinx people, colorism, and how oppression affects them, the season premiere opens up swinging.

You have to appreciate shows like One Day At A Time which both, for a lack of a better term, normalize the depiction of Latinx people on television while also showing how their culture is unique within America. For as said by Vox:

So with the depiction of how words hurt these people, the complexities in understanding your identity in America when it isn’t treated as the norm, you have to appreciate that. Especially as the show dived deeper into how America’s concept of race also puzzles things since Lydia clearly sees Cuban as a white race while Penelope, who comes from a Cuban mother, would never pass as white. Yet, her daughter does and while there is an oppression Olympics joke put in there, at the same it shows how complicated these conversations can be.

Yet, they remain necessary for diversity isn’t just putting different colors and shapes on screen. It is addressing what those people go through, in a positive and negative manner, because of the identity they accept and of which was coerced onto them.

Leading to us needing to talk about Schneider. Being that Schneider is someone who is very privileged, he brings a bit unease as he interacts with Penelope’s family. On one hand, him learning Spanish, letting them talk when speaking about something he can only experience vicariously, you had to appreciate him showing he is learning. That he is capable of being an ally. Yet, at the same time, you have to note the growing pains.

Of which, depending on the perspective, isn’t necessarily major, but you can tell that some of the family, Elena especially, felt a bit uncomfortable. Not enough to address it, but definitely enough to pause, side eye, and try to evaluate where Schneider was coming from.