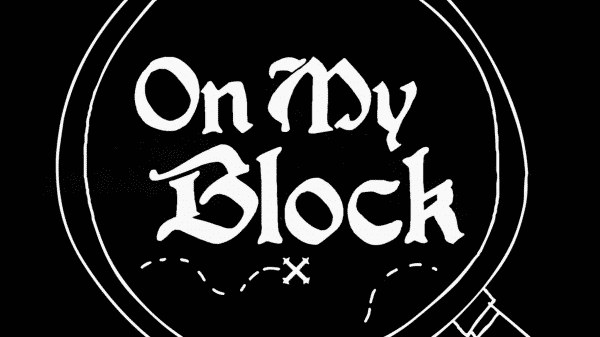 The treasures of Rollerworld are finally found and just when Cesar needs them the most.

All the clues are followed step by step and Abuelita even acts as a driver to speed things up yet, all that is found are chocolate coins in gold wrapping. Meanwhile, Cesar is stalking Latrelle and over him with a gun in hand. Something that, with Monse saying that her, Ruby, and Jamal’s plan didn’t pan out, they leave Cesar with no other choice.

And with that happening, Monse is ready to lash out. She blames Jamal for giving false hope and having them on a wild goose chase, and that’s the final straw for Jamal. He goes in on her about thinking she could save Cesar despite him being a gang member. Then he turns to Ruby, who is telling him to calm down, and goes off on him. Even to the point of fighting. A fight stopped by Abuelita and leading Jamal to say that, when it comes to Olivia’s quince, he isn’t going. After fighting with Monse and Ruby, he seems to be done.

False hope seems appropriate doesn’t it? Things have been rather lenient on the kids, minus their love lives, and so a big dose of reality was bound to happen. Now, this isn’t to say they have gotten off scot-free the whole season. Monse met her mom but didn’t get to really have a reconnection. On top of that, she had to, for the sake of the fam, push Cesar to Olivia who had her parents deported. So, don’t get me wrong, by no means were any of these kids living the ideal and easy life. More so, it seemed we came into their world when things were getting better, sort of rocky, but not overwhelming. Which, at this point, they certainly are to the point you have to wonder if we’ll be delivered a happy ending or not.

While we know Monse is bi-racial, with her mom looking racially ambiguous, it is hard to say whether she is half white or half Latinx. But, what came as a surprise to me is that Jamal brought it up as a clap back. And while I get she wanted to take his Black card for not knowing the title of “Midnight Train To Georgia,” him addressing her background makes you wonder how does Monse deal with that? For you’ll hear a lot of bi-racial actresses talk about how different things were for them and them dealing with being between two cultures. Especially if they could pass for Latinx or had features associated with mixed people. Which makes Monse not addressing that comment such a missed opportunity. Especially since she was raised by a “whole Black” father.