Objectification is the issue of the episode and it ruins Ruby’s chances with Olivia and might be the final straw for Cesar.

With Monse and Cesar pretending they aren’t dating and yet making out whenever possible, and Ruby trying to woo Olivia, Jamal is a fifth wheel. He even gets forgotten when it comes to going to homecoming as a group. But, luckily for him, abuelita has his back. At first, though, he is ruining her me time. As in, her smoking her weed without any issues. However, with time, they find themselves bonding. Especially over the Rollerworld.

Something abuelita knows a bit about. Such as the Santos gang, that Oscar and Cesar repped robbed them only to find out it was run by the Prophets to money launder. So the amount most believe was takin, $50,000, abuelita says is a low-ball. From what she has heard from various people, probably while hanging around a smoke shop ran by a family member of one of the robbers, the real number is about $250,000. Which only makes Jamal want to find it more but, you know the boy got low self-esteem. Luckily for him though, abuelita, with a quick smack and encouragement, might just have given Jamal the wakeup call he needs. 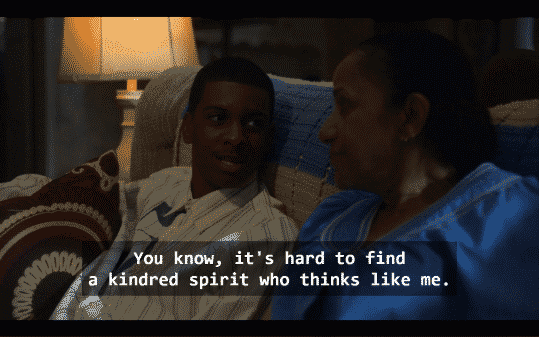 Okay, let me be honest for a second. In episode 1, I wanted to ding the show since Jamal kind of fell flat compared to the other personalities and backgrounds on the show. However, abuelita has helped me see the potential. As if she smacked me too, now I can see that the issue with Jamal is, he isn’t maturing as fast as his friends. Now, usually I would say he has arrested development or something like that, but considering the area he lives in, I’m kind of glad Jamal is still a kid. That while he has an interest in sex and things of that nature, he isn’t desperately trying to get with someone. He just wants to have fun with his friends, not be forced to lie or keep secrets, and act like a man when he is still a child.

Hence why he probably gets along with grandma so much. She just wants to chill, watch some TV, and smoke weed. So, who knows, maybe getting forgotten by his friends may have led Jamal to finding the abuelita he didn’t know he needed?

The guys are so hyped for homecoming. There will be girls, dancing, and Cesar even wants himself a nice slow dance with Monse. However, she isn’t with that. The excuse originally is because she doesn’t want to mess things up with the group, because Cesar is hyping it up too much, but in the end, she makes it seem about not liking the idea of someone’s boner grinding into her. She even gets Olivia on this train of thinking the dance will be a boner-fest and nothing but an objectifying experience.

Of which crushes Rudy’s little dreams. He still has hopes that his play cousin could perhaps play house with him. But as Monse turns the tables, and even makes him look bad, now he has to turn those tables back by overcompensating. All the while forgetting about poor Jamal. 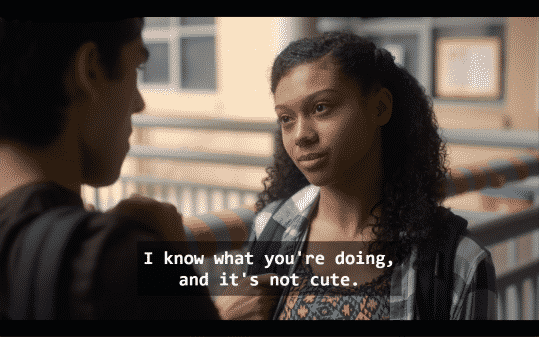 Monse is low-key odd. She is into Cesar to the point of secret make out and sex sessions, but doesn’t want to be publicly associated with him in that way? Much less, will drive that idea to the point of pushing him away? Like, don’t get me wrong, him trying to use Olivia to make her jealous was a jerk of a move, but both of them doing this hot and cold thing is only going to make a bad situation worse. Even though, with him stealing kisses in public, I’m sure when they do come out, people will be like “We knew.”

Despite all of Monse’s fears and her back and forth about homecoming, it ends up being canceled due to violence. However, being ever so resourceful, and Cesar seemingly wanting them to be public for real, he has the party redirected to Monse’s empty house. Which, not a lot of people go to. Of course, Jasmine shows up and shows out, and takes full advantage of little Ruby, but the main focus here is Cesar and Monse. Who, pretty much might have placed down the straw which broke the camel’s back. Bad enough being a secret, but saying he is too dangerous in front of Olivia?

From what it seems, now he isn’t messing with Monse any more. He has enough issues trying to keep Oscar happy and not jumping down his throat about this money in his pocket. The last thing he needs is her BS. 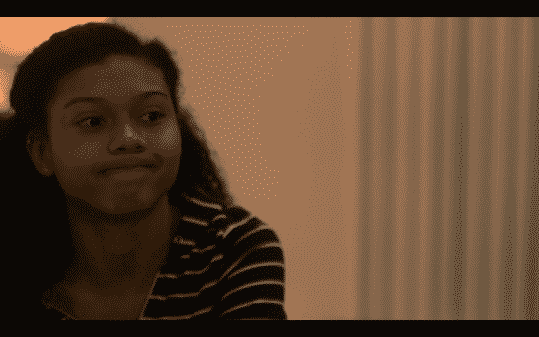 You got to feel for Cesar in a way. Monse goes from seemingly trying to do everything she can to get him out of the gang life, ends up pushing him in deeper, and then kind of craps on him for it. Not to say Cesar isn’t being a little sensitive, but you also have to look at the role she plays in his life. Ruby and Jamal have their thing and he thought she and him had theirs. So her playing down their situationship, her rejecting him wanting to claim her in private and public, it really makes that joke about him being objectified seem just an itsy bit true. She is there for the fun and games but made it clear, when it gets real, she’ll probably disappear on him.

And really, you can tell that idea is already swirling in his mind. Their relationship is on borrowed time for she is likely to go to college, meet someone there, and that’ll be it. So, he is trying to get what he can before he is a chapter in her first best seller. He is using her, not for sex, but an escape. Yet, maybe this dream world isn’t meant to be had. Perhaps he has to grow up and realize the reality of his situation and see Monse is no longer the methadone to his problems and pain.