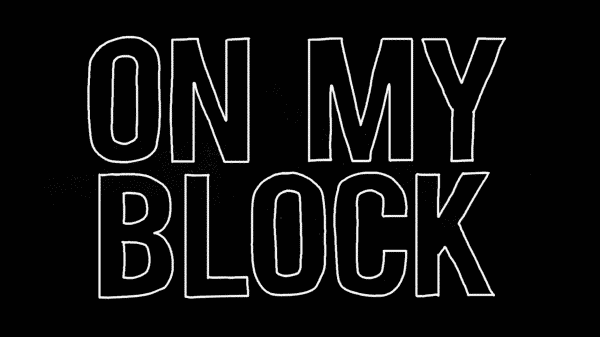 For the last few recaps I questioned whether the ending was going to be ideal or realistic and, well I got my answer… which ends up being both.

Never Gonna Give You Up: Jamal, Chivo

Chivo is awake and with Jamal losing his friends, credibility, and a bit of his innocence in a way, he wants answers. Of which Chivo can only present a question: Was it fun? Which of course pisses Jamal off and sends him hoping, desperately, that he didn’t really spend a good portion of his last few weeks chasing chocolate. That he didn’t really screw over one of his friends and took the final moments they all could have had before he became their worse fears.

And, low and behold, it wasn’t all for nothing. You see, all the riddles dealing with pools, coordinates, Pimp’s lane, Pool theater and the center of it all, that was Chivo. What Lil’ Ricky was pointing to was that nursery rhyme. Ring around the rosy, pocket full of posies, ashes, ashes, we all fall down. Ring around the Rosé, being the person who has Lil’ Ricky’s ring; a pocket full of posies, being Chivo and his gardening love; ashes, ashes, represents the smoke shop Benito’s family had; and we all fall down, was about the move they do when a football is had.

So, with that put together, after listening to Lil’ Ricky’s terrible remixed nursery rhymes, off Jamal goes to dig up football turf.

I fear I’m going to have an image of a big booty gnome burned into my brain. That aside, Jamal is probably the luckiest member of the group when you think about it. All because he avoids the drama his friends find themselves in. He doesn’t have gang activity in his life, isn’t looking for love, so it seems he is blessed and favored for that. Though, you got to wonder, if this show gets a second season, will this luck continue?

It’s Olivia’s quince and everything is going wrong. Never mind Jamal really not showing up but Cesar is late, he and Monse are flirting, and then there are the main festivities. Jasmine gets sick, so now Ruby is dancing with Monse, the fireworks surprise is ruined, there isn’t anywhere to place the food and no horse! How are you going to have a carriage without a horse?

But, all is not lost for Olivia takes things in stride. First by not getting mad about Monse and Cesar’s chemistry. In fact, it inspires her to break up with Cesar and push him towards Monse. Leading to a switch in dance partners meaning, Ruby gets to dance with the birthday girl. But, being that Ruby is that dude, he outdoes nearly everything he has noted and done thus far for Olivia. I’m talking about sending a phone to her folks and giving her a solid minute being able to face time them before they lose their connection.

With that, Olivia is overwhelmed and kisses Ruby and this leads to them making out. Oh, and in terms of Monse and Cesar? Well, they finally become official. They slow dance, kiss in front of everyone, and it makes you believe this season is going to end on a sweet note.

Ruby is a national treasure and that moment when he said the above, tears. That whole scene was probably the most romantic thing I’ve seen in a very long time. But, let’s be real, Ruby is a romantic dude. You can feel a certain type of way about him pursuing Olivia no matter her situation, or saying she isn’t into him, but the fact he never changes who he was despite that, you have to give him props for that. Especially considering he could have been petty or childish about it, and make living with him and integrating into his group awkward. But, as seen, this show doesn’t want to go down that road.

Hence why, even with the Monse, Olivia, and Cesar situation, there is no drama. Cesar is just a sort of pawn, really pushing the idea he really is objectified, but how often do you see a woman in the same situation? I mean, taking note of Iungerich’s former show Awkward

, Jenna was basically passed around like Cesar was. So, hey! She is just being equal opportunity.

With that said, you have to appreciate her giving these Latinx and Black kids the kind of maturity we rarely see from white kids. At 13 – 14 no less! Their love for each other goes beyond whatever feelings of romance or lust they have. They’d rather give someone up or break up than ruin their friendships. Something you could only hope more shows would take the path of. Since this #Team stuff has gotten old and overdone.

The hope was for Cesar, not killing Latrelle, him promising to disappear to Florida, that would solve the issue. However, giving Latrelle mercy comes to bite Cesar, Olivia, and Jamal in the butt. Though, not in some sort of juvenile, harass them as if Cesar didn’t show him mercy kind of way. Nope, in the process of trying to shoot Cesar, Ruby AND Olivia get shot. For Ruby, the bullet goes right through the right side of his back and out his chest and then hits Olivia. Someone who is bleeding, but can still talk and seemingly is living off adrenaline. As for Ruby? He has labored breathing and it isn’t clear what may happen to him.

But, hey, at least Jamal discovered a bag full of money right? Also, Cesar and Monse are together. Does that make it better?

They won’t kill Ruby right? Olivia either. Call it denial but I just can’t see it happening. Though, if they live, you have to wonder how much will that change the show. Could it be something which will have a Skins

like effect where it will change the tone of the show and things will become less comical and juvenile and get a bit more dramatic and adult? I mean, yeah, Jamal finding that money was unreal and he may carry a certain spirit of innocence into season 2 but you can’t recover from a quince shootout in a snap.

Well, they could but considering how the show has tried to make light of what gun was being shot, and it being treated as a game; keeping things light with the gang war stuff till now; and having Julia not give us a single peep in the finale, we seem due for some dark times. Like, I can still imagine Monse getting pregnant and maybe that is when her mom shows up. Perhaps to be someone to talk to about keeping it or not. For you know, between Monse or Jasmine, because you know they going to put every stereotype and joke on her, is going to get pregnant.