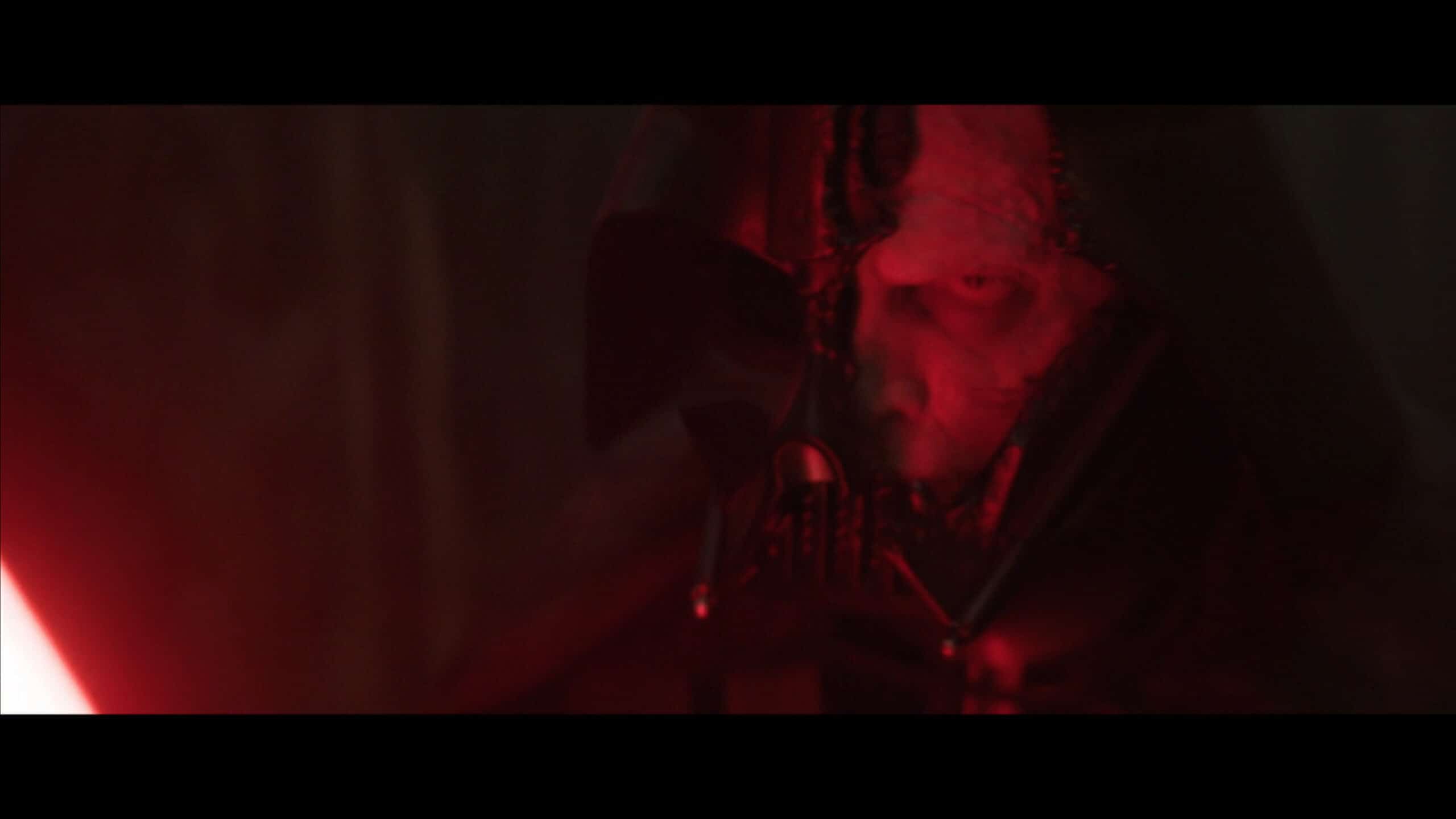 “Obi-Wan Kenobi” comes to an anti-climatic end because you know this is not the end of Vader or Kenobi’s story, never mind Luke or Leia’s.

This Is Goodbye For Now – Leia, Haja, Roken, Obi-Wan

Obi-Wan knows Darth Vader cares far more about him than the insurgents, and with that in mind, he leaves Leia in Haja’s hands and asks Roken to have a drop ship to take Vader’s focus off them escaping. This is met with resistance from all parties, but with shields not strong enough to handle too many more blasts from Vader’s ship, so comes the need to either sacrifice one or everyone die.

Reva is still alive, and seemingly, if she can’t kill Vader, aka Anakin, she’ll kill his son. She heard where he was after Vader abandoned her, and with that, she was off to Tatooine to face Owen and Beru and attempt to kill Luke.

As that happens, Obi-Wan and Darth Vader land on a planet and have a light saber duel in which Darth Vader wins the first round, but the second round, and the decisive one, belongs to Obi-Wan. But, once again, he doesn’t finish the job. Yes, Darth Vader makes it seem like the Anakin that Obi-Wan knew is dead, but with Obi-Wan being more than willing to kill a Stormtrooper, but Darth Vader being a bit more complicated, he lets him live with his fresh injuries.

To save face, Darth Vader makes it seem to Darth Sidious that Obi-Wan Kenobi escaped him. However, he vows to get him, which Darth Sidious doesn’t think is a good idea because this obsession is becoming a weakness in their mind.

As that happens, Obi-Wan visits Leia, who is now well behaved and not giving Breha or Bail any issues, and alongside returning Lola, who Leia gave to help him, he checks in with Bail before heading back to Tatooine. There he speaks with Reva, who brings back Luke unharmed and seems a bit lost on what to do next. Which doesn’t lead to her becoming Obi-Wan’s apprentice but rather him thanking her for doing the right thing, and that’s about it.

Now, in regards to the future? Obi-Wan seems dedicated to continuing to watch Luke from a distance but considering all that has happened, Owen offers the chance to be more than a ghost but interact with Luke, which Obi-Wan takes him up on. Then, after leaving Owen’s home, Obi-Wan is quite surprised to see Master Qui-Gon, who implies that he now appears because of the journey Obi-Wan went on.

Seeing How Leia’s Time With Obi-Wan Kenobi Molded Her

While Leia was already a bit of a rebel, getting to see real people with real issues and being away from her privileged life was perhaps what she really needed. In this episode, she truly learned the meaning of sacrifice, and not just in the form of someone you’re vaguely familiar with but someone you’re close to. A person who has a major leadership role that seems pertinent to everyone’s survival.

Which, in a way, helps you understand Leia’s sacrifice in the most recent trilogy.

The End of Reva’s Storyline

It’s hard not to have mixed feelings when it comes to Reva. Like Leia, more could have been done with her character. She is a youngling, raised by the Jedi, who saw the rise of Darth Vader more intimately than most. Yet, she fails to kill Vader, and he leaves her to die, followed up by her trying to kill Luke and being unable to do so. Add in there isn’t really any push to continue this story since it has been rather lackluster? And it just leaves you disappointed with what could have been.

Knowing Vader would live, as well as Obi-Wan, took any real threat out of their fight from the start. But one could hope that Vader would best his master, and be it playing dead or escaping barely, Obi-Wan would prop Vader up. However, instead, we get another humiliating defeat for Vader that leaves you wondering why was he given such a prominent position when he can be embarrassed routinely by one sole Jedi?

Obi-Wan Kenobi: Season 1/ Episode 6 “Part VI” [Finale] – Recap/ Review (with Spoilers)
Overall
“Obi-Wan Kenobi” ends without reaching any sort of potential it had, besides giving many a sense of nostalgia.
Highlights
Seeing How Leia’s Time With Obi-Wan Kenobi Molded Her
Disputable
The End of Reva’s Storyline
Darth Vader Loses Again
69
Follow Wherever I Look on Twitter and Instagram, Like us on Facebook, and Subscribe to the YouTube Channel.