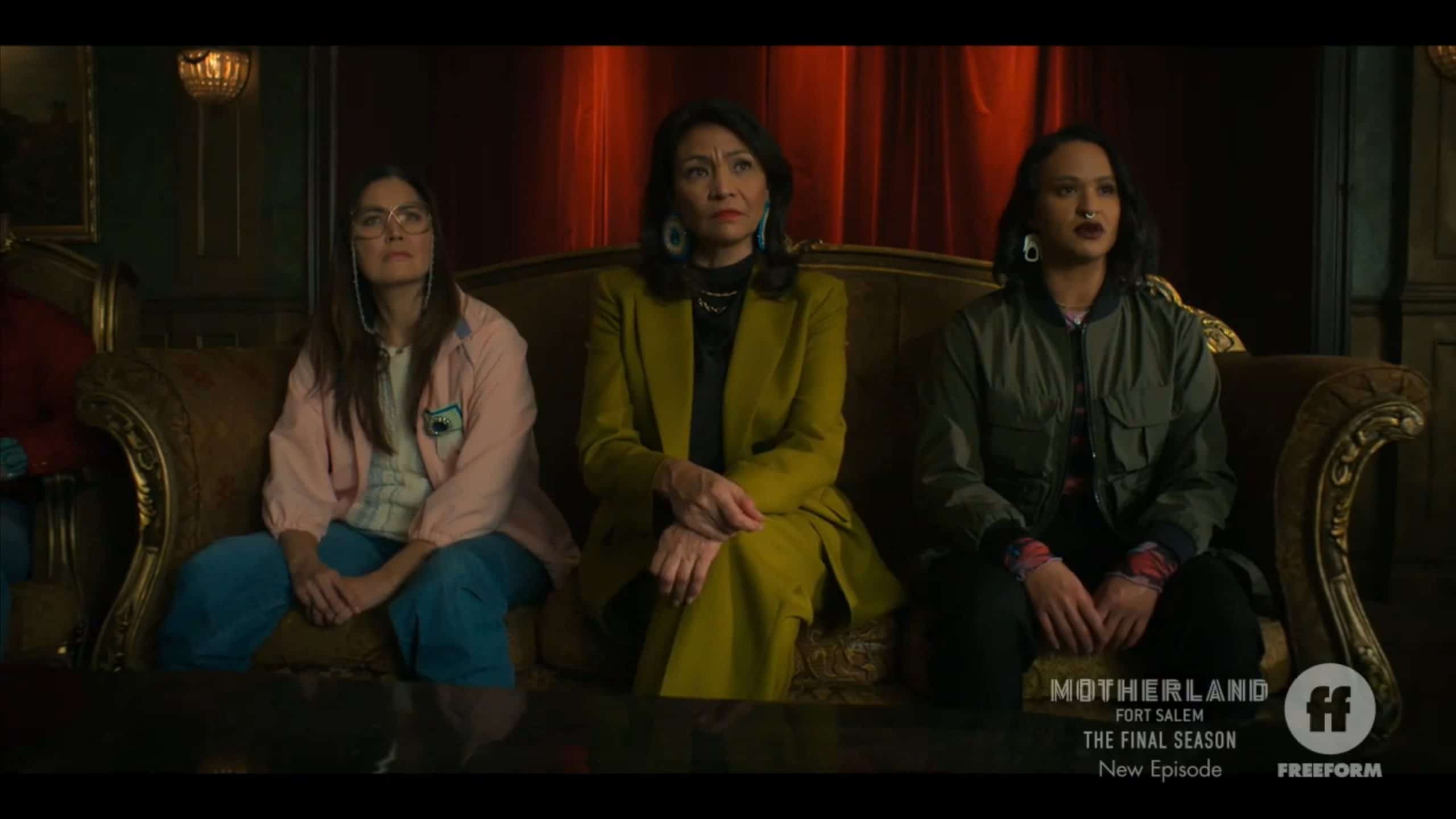 As the Council of the Great River meets what remains of the Bellweather Unit, Anacostia and Sterling try to make it out of the Camarilla’s stronghold

So This Is What They’re Planning? – Anacostia, Sterling

But, before they leave, they watch a training exercise in which a football field amount of Camarilla are being trained for battle – as a private army.

A Decision Was Made Before You Spoke – Thelma, Milly, Pauline, Scylla, Abigail, Adil, Nicte, Tally

As promised, the Council of the Great River arrives, and before speaking to any member of the Bellweather Unit, they make a decision. This was predicted ahead of time by Nicte, who makes her exit, but Abigail is no less shocked. She, alongside Adil, Scylla, and Tally, try to advocate for themselves, and they even have Adil speak in all of their languages. This impresses Milly, but Thelma, the Cherokee representative, isn’t impressed and seems willing and able to speak for the Council regarding their decision. Which, originally, was to ship the Bellweather Unit to DC to meet their fates.

Now, Milly, throughout the whole thing, goes back and forth with her cousin Thelma over this, and it seems Scylla’s impassioned speech about the Cession being the closest thing to home and Raelle being from there does sway feelings, alongside invoking the Camarilla. However, what tips things in the Bellweather Unit’s favor is vowing to leave and head to California rather than seek refuge.

Seemingly, with that offer, thus allowing the Council not to be involved, they are fine with the Bellweather Unit staying one additional night and Thelma escorting them off their land in the morning.

Unfortunately for the Bellweather Unit, with Nicte fleeing and Thelma forcing them to wear inhibitors on their voices, it opens the door for Alban to attack them with his new vocal cords. As for how Alban learned their exact location and when he arrived? That is for anyone to guess. What is known, though, is that his powers are strong enough to handle the Bellweather Unit when they can’t access their powers.

Luckily, Thelma, who was on patrol, catches onto Alban and the Camarilla being around, and with Khalida sensing something is wrong with her brother, Alder also swoops in to assist. The combination saves the Bellweather Unit and Edwin, Raelle’s father, who was just snatched up.

Sadly though, in being snatched up by the Camarilla and his life threatened, Edwin not only gets injured but learns Raelle isn’t doing well. Which when you add in Tally’s vision of Raelle using a witch bomb and Tally only being able to delay the future, not change it, it seems things may not get better.

Khalida and Adil may often reference being refugees, but their story got consumed by Abigail and Adil dating. Because of this, Khalida was relegated to being someone’s little sister, with her leadership role often downplayed. However, as her prominence is being rebuilt by having her be one of the stewards of the first song, and this episode having her not battle wits with Alder but share traumas, it revitalizes her.

It reestablishes that, like most women, whether tween, teen, or adults, there are layers to her character, complications in her life that may never be fully explored, and that she may not be the lead in the story being told, but she is the lead of her own story. I’d even add, like Tally, she is one of the few consistently seen women on the show who doesn’t have a romantic storyline that has consumed her character.

Seeing So Many Indigenous Characters, In A Power Position, At Once

Outside of “Reservation Dogs,” it’s not really common to see multiple indigenous people in a scene at once, especially touted in a power position. So to see all these people have their languages and cultures acknowledged was an iconic moment. Sadly, we probably won’t see them beyond, maybe, the next episode, but considering the Cession is a notable slice of the country, it’s hard not to appreciate what we got, even if it took this long to meet these people.

Seeing What The Camarilla Are Capable Of, Yet Still Not Feeling Like They Are Formidable

The Camailla have existed since Alder was a child, have amassed a massive following, and even have evolved to the point of taking the voices of witches and learning how to do work. But, with campy characters like Alban and the rest, it’s hard to see them as formidable. The Bellweather Unit was able to destroy one of their plants. Anacostia and Sterling broke out of a place with a swarm of soldiers by taking out less than three people, and not a single alarm rang, and no cameras caught onto what they were doing. So how and why would we take the Camarilla seriously?

Yes, they got a member of their organization to be president and even had him sacrifice his own daughter. But often, the Camarilla seems to lack intricacy. They are a one-issue group, who hate witches, but with the Spree gone, or their plans on pause, they have to seemingly invent reasons why they hate witches and others should too. And because the show doesn’t want to dive too deep into making them religious fanatics, you don’t get a strong justification for the Camarilla’s actions. They’re just antagonists for the sake of having antagonists.

Motherland: Fort Salem: Season 3/ Episode 5 “Cession in Session” – Recap/ Review (with Spoilers)
Overall
Between Khalida being uplifted and the establishment of the Council of the Great River, “Motherland: Fort Salem” delivers a decent episode. However, as we enter the latter half of the final season, will things pick up and the Camarilla become truly formidable? Not just villains because the show needs someone for us to hate and the heroes to fight against?
Highlights
Seeing So Many Indigenous Characters, In A Power Position, At Once
Khalida and Alder’s Scene
Disputable
Seeing What The Camarilla Are Capable Of, Yet Still Not Feeling Like They Are Formidable
80
Follow Wherever I Look on Twitter and Instagram, Like us on Facebook, and Subscribe to the YouTube Channel.