In the penultimate episode of the season, everything Adler could fear comes to pass, and we learn the source of the Mycelia.

Things Can’t Be As They Were Before – Adler, Tally, Nicte, President Wade, Petra, Khalida, Adil

Adil’s return to Fort Salem is met with some sense of joy from Khalida until she realizes her brother has changed. He has used their type of magic for offense, even killed someone, and alongside noting how he believes things should change, she picks up he liked being violent. With that in mind, she snatches her blood from him, as it seems he has gone too far, and isolation is the only way to rebuke him.

Speaking of being rebuked, with Nicte asking for Tally to speak to, after disintegrating a witch who tried to access her mind, Adler finds herself in deep trouble. Specifically, President Wade, and members of her administration, almost like a coordinated attack on Adler’s legacy, learn General Adler is the reason the Spree exists. With that information exposed, Petra finally finished what she started. She usurps General Adler’s position.

So, what is the Mycelium? Based on what is presented in the episode and after show, the Mycelium is a fungus born from the death of witches tragically killed by the Camarilla, back when Adler originally fought for the United States against the British, hundreds of years ago. Because the fungus seems to be able to house those who die by the Camarilla’s hands, Willa is able to be amongst them, and to reassure and empower her daughter, she literally reaches out. This doesn’t lead to the conversation Raelle so badly wants, regarding the why and what has Willa done all this time, but it does give her some solace that her mother is always with her.

With Petra using Tally to screw Adler over, so comes the end of her reign and the Biddie program. So alongside taking over as general, Petra technically gave Adler a death sentence as well. But, with over 327 years of service, and who knows how long she was alive before the Biddie program, Adler has lived a long life. One which, as Petra says, might have led to the loss of her humanity a bit. After all, living through over 80 wars, which had battles where 130,000 people died, and yet you lived? That changes a person, and maybe not for the better.

But, before Adler officially resigns, she was supposed to execute Nicte, one of the first executions in generations. However, with being upset Nicte’s truth didn’t get out, Tally calls upon the Rite of Proxy, which would mean her life for Nicte. This by no means was a good idea, yet with Tally striking Adler, she had no choice. But as it was clear Tally was about to die, her unit and her Sekhmet leader, M, show up, and claim Rite of Proxy. Which, after a certain point, leads Anacostia to step in as well, and with that, Adler lets it go.

However, this doesn’t mean President Wade will do the same as she verbalizes if Adler doesn’t do it, her administration will. But that is a matter for another time as with the Camarilla attacking Fort Salem, there are bigger fish to fry. 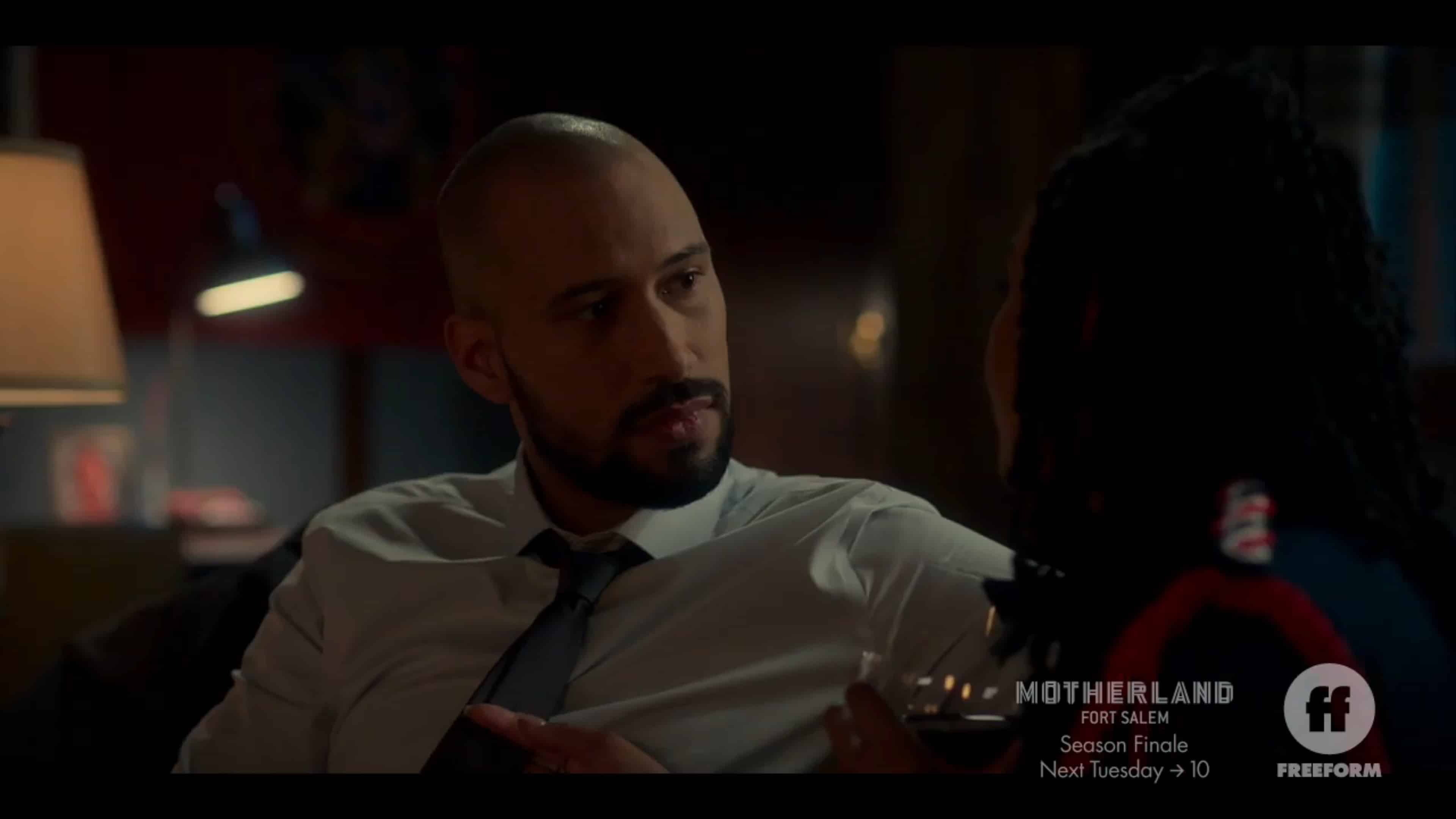 A Change In The Guard

Since Petra’s actions in season 1, President Wade’s treatment of Adler, and that of The Hague, it seemed clear General Adler was not meant to hold her position until the series ended. The only question was, what would be the final straw? Well, in epic fashion, it was President Wade learning she was made into a puppet combined with learning the terrorist all humans fear was a product of Adler’s leadership or lack thereof.

Though, what perhaps makes the change of leadership bittersweet is Petra’s place in it. On the one hand, you have to appreciate a Black woman, as president, making another Black woman the general of one of the most notable witch armies in the world. Then when you add in Petra setting up Anacostia to potentially be her successor, since it seems there is a mentorship there, it means the Bellweather Clan truly will reign supreme and potentially be Queenmakers.

Yet, on the other hand, there is a need to look at Petra as a traitor. She betrayed her general, granted for the better of the army, but it was a betrayal nonetheless. But, one could say Petra helped save whatever humanity was left within Adler and perhaps did something to soften the blow of Adler’s reign ending. Because if President Wade had her way? Do you think it would have been as peaceful or allowed Adler to end her tenure on a high? Much less, while the end of the Biddle program means Adler is fully mortal, with no means to escape death, it’s the military – do you think they can’t/won’t hire her as a consultant? Plus, no one is saying she can’t teach, be an ambassador, maybe some kind of off-the-books special ops agent, or even fully retire and properly get to mourn her family. I get, as viewers, we should be proud and excited for Tally standing up for what’s right and having her unit and Sekhmet support her. However, she also interrupted the execution of the founder and leader of the Spree. Tally also embarrassed every commander and did this in front of the President and Vice President. She, and her Sekhmet, getting to be jokey and slap themselves on the back, is strange and seems very out of place.

Now, true, Petra isn’t probably going to punish her daughter and taint the family name, but I can’t be the only one thinking they need to be made an example out of? 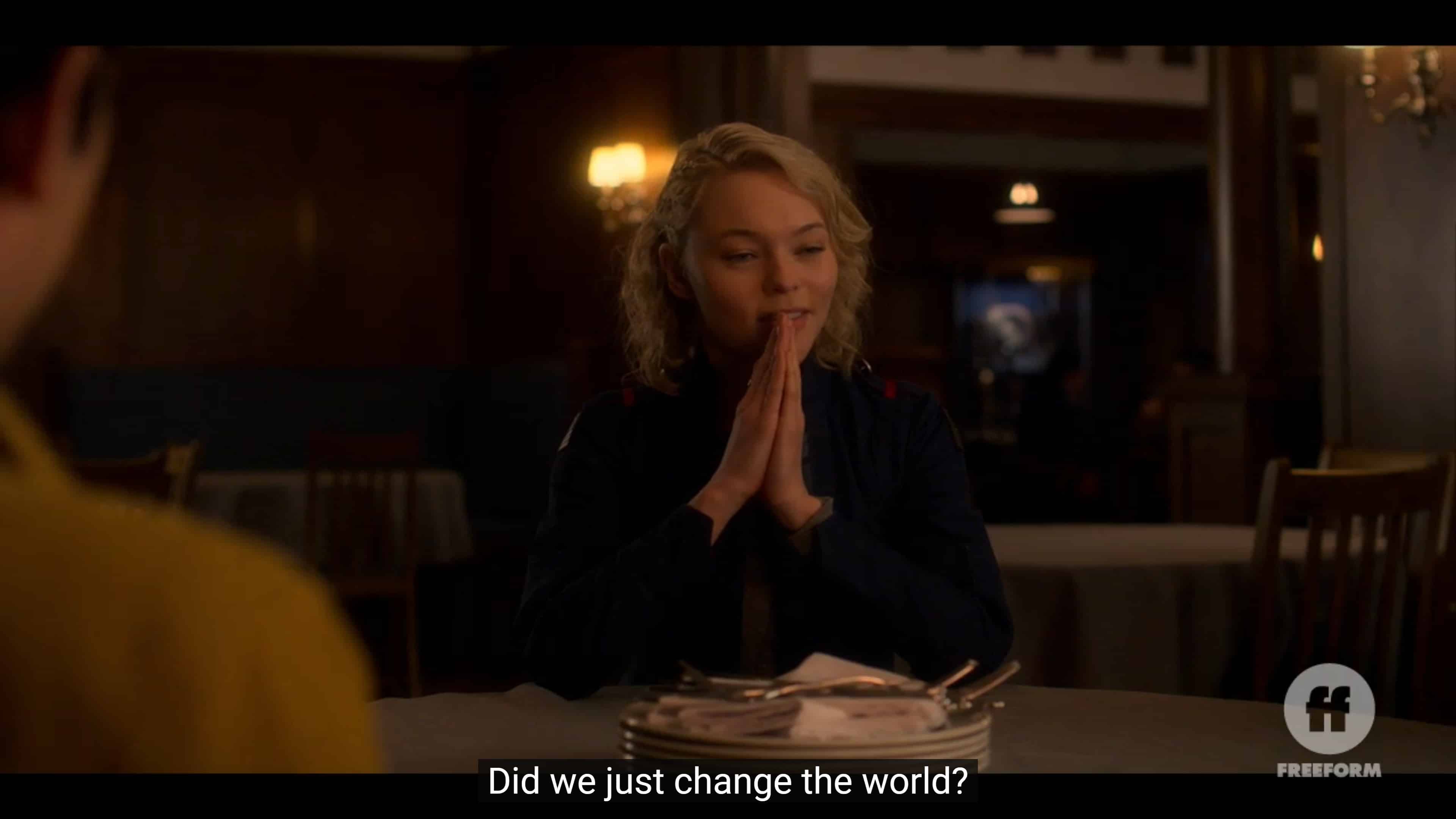 Motherland: Fort Salem: Season 2/ Episode 9 – Recap/ Review (with Spoilers)
Trajectory: Plateau
The fall of Adler isn't shocking but necessary, and it pushes Motherland: Fort Salem into a new chapter for fans and within its universe. But what changes will come of this we'll sadly not see until season 3.
Highlights
A Change In The Guard
Disputable
Lack Of Repercussions For Embarrassing Generals In Front Of The President & Vice President Tally Not Spilling Adler's Tea
80
You Might Be Interested In