So much happens in “My 3 Dads” from a Spree attack, Camarilla attack, and new information that adds layers to witch culture that it might just be one of the best episodes of the season.

Originally, Abigail and Adil were going to get some of Charvel’s blood so Adil could help Abigail track down those who stole her voice, and that would be it. However, Abigail learns Petra and her three fathers, Anton, Claude, and Fermin, have decided to use the winter/fall break to seal who Abigail will have a child with, for once and for all. The thing is, she is still very firm in believing the best thing she can do is fight, not birth a child, so there remains this massive conflict. After all, she is one of the last women in the family of age to bear children. 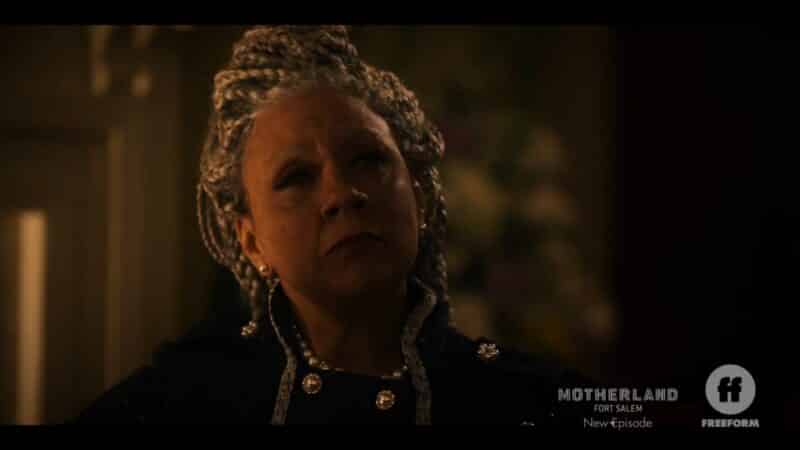 But, while Petra and her fathers are pushing hard for Abigail to make a decision, the Bellweather Matriarch, Minerva, removes this pressure. Why? Well, maybe she is of the same mindset that pressuring Abigail to make a decision about something so personal is absurd? Perhaps it is because Petra, who once spoke of being in Adler’s position, Minerva no longer has faith in regarding that accomplishment?

Either way, Minerva feels moved by Abigail’s passion and shuts down Petra, and gives Abigail the freedom and encouragement she needs to do what needs to be done.

Getting Back Into The Groove Of Things – Edwin, Raelle, Quinn, Tally

Being back home isn’t hard for Raelle, but with what didn’t happen with her mother, avoiding the questions she wants to ask is a problem. Yet, at the same time, keeping her life in the army, and what has happened at Fort Salem, separate from the life her father made for her? It gives her a safe space. Add in Tally coming and thus making it a bit less lonely, and Raelle often enjoys herself. However, with talking to Quinn, Raelle’s former babysitter and one of Willa’s best friends, Raelle seems to begin to understand her mother may not be dead. It doesn’t fully click, but she is getting there. But with her just getting a chance to escape Fort Salem, it seems Raelle is finally relaxing.

A Reminder That The Spree Is Still A Threat – Nicte, Tally, Raelle, Adler, Willa, Scylla

Unfortunately, that feeling doesn’t last, and the episode doesn’t end with people getting what they want and riding off into the sunset. Tally comes to the understanding Nicte started the Spree, and as that is established, we watch Nicte use Off-Canon magic to remotely attack General Adler and damn near kill her and three biddies.

Concurrently, Scylla and Willa, after learning the Camarilla were holding kids at a veterinarian’s office, in pet cages, discover Raelle is one of the Camarilla’s targets. And no sooner than we learn that, Raelle is kidnapped right outside of her home, Tally knocked out, and we’re left wondering why didn’t the Mycelium react?

Tally: That’s a lot not to talk about

They Almost Got Adler

While it was revealed in the “After The Storm” that it wasn’t Adler who came up with the Biddie system to effectively live forever, but the US government, it really does help you understand how insulated and protected she is. The biddies, as shown, can not only absorb age but damage, and with Adler using Off-Canon magic, she can have an effective rule over the army for eons.

However, Nicte is a practitioner of off-canon magic and has clearly stepped up her game over the last 20 years. Which has led to her perhaps getting closer to killing Adler than any witch or non-magical being for generations. Thus putting the Spree back in contention and making sure they aren’t eclipsed by the Camarilla this season. Anyone else surprised that there weren’t more rebellions against conscription, considering it seems nearly every country may do so, it just makes Nicte creating this organization all the more impressive. Granted, they are terrorists, and who knows how many people Nicte is responsible for the deaths of since ’97. However, like a Batman villain, you have to blame the hero for making the villain, and while slow in build, things are starting to pay off.

Understanding The Process Of Continuing A Line

Throughout the second season, Abigail has been presented as having a less than storyline, for it doesn’t present Adler’s complicated backstory or some mystical, magical fungus. However, that was foolish on our part, for the value of Abigail’s story is in her struggle for autonomy. She wants to do great things like Raelle and Tally, but her family name, being born with a uterus, it holds her back.

And it is through her things tie into Tally’s storyline. For the push to give birth to a child you leave in the hands of men, the disconnect that seems to exist for quite a lot of mother/daughter duos, and even the sexualization that teeters between empowering and manipulation? It creates a really complex culture. One that seems to push sexual reproduction to the forefront for women, with commitment and pleasure not at the top, since the focus, in a woman’s younger years, seems to be geared towards breeding. Especially considering how conversations went during the first season. 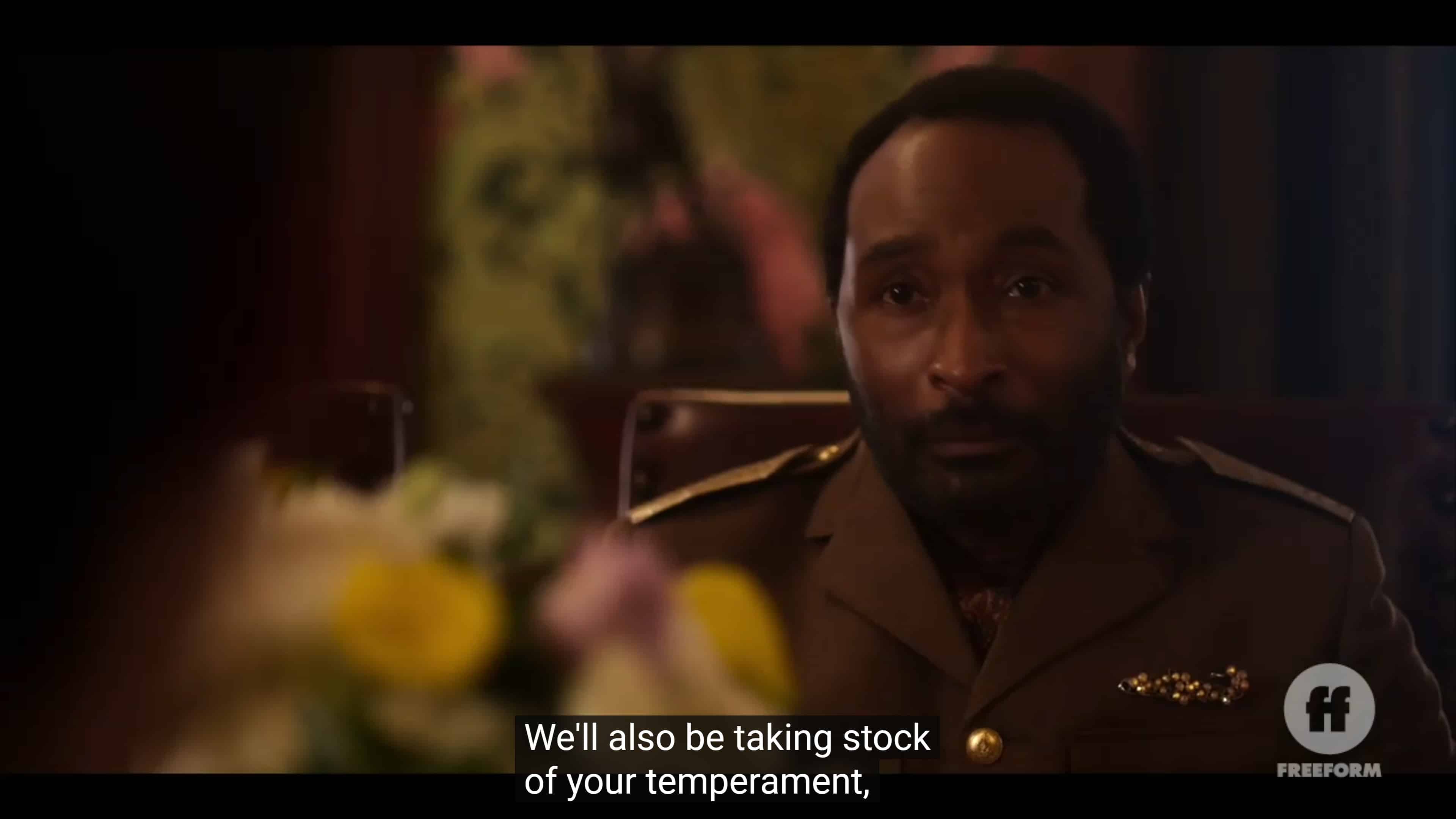 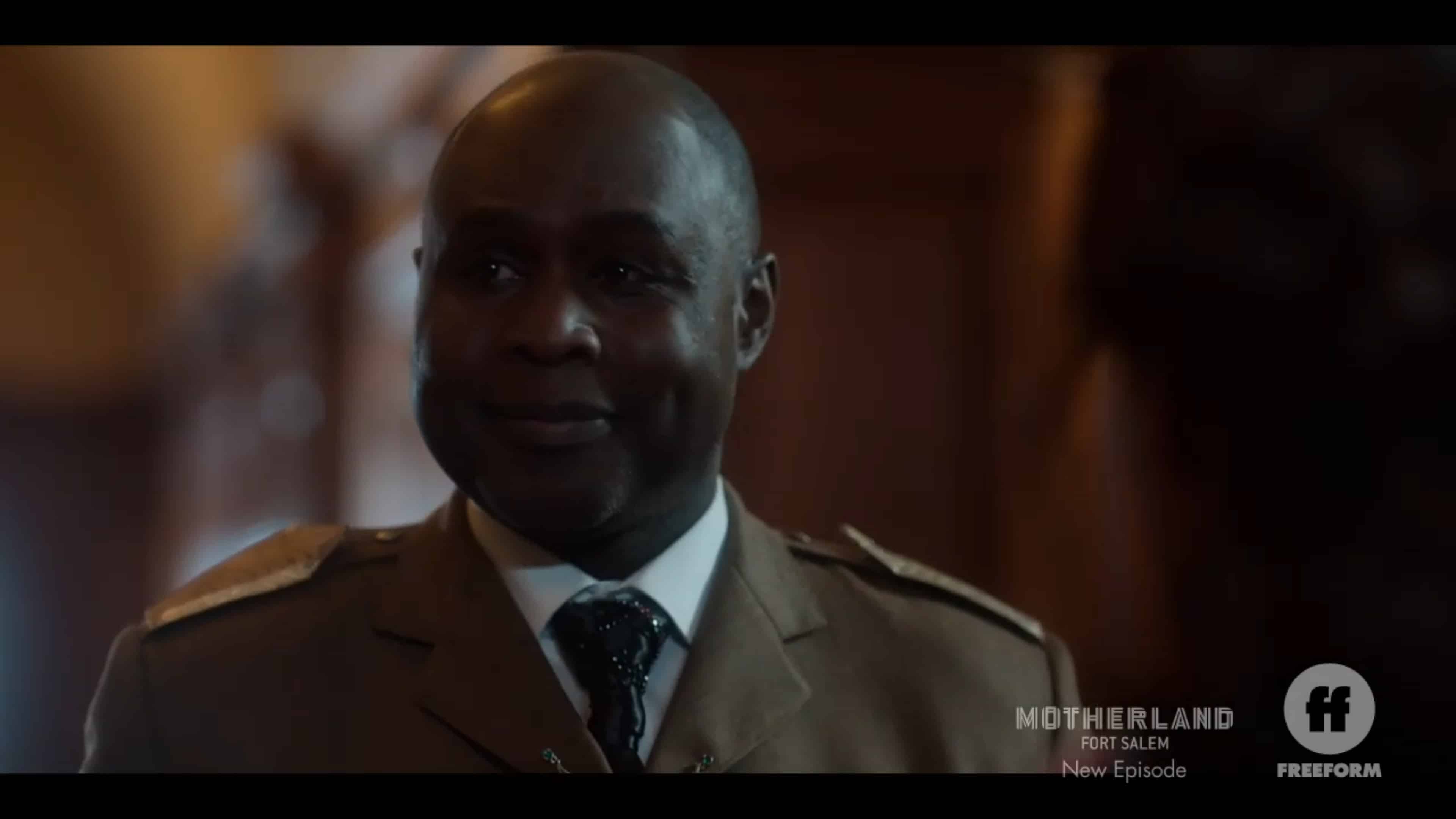 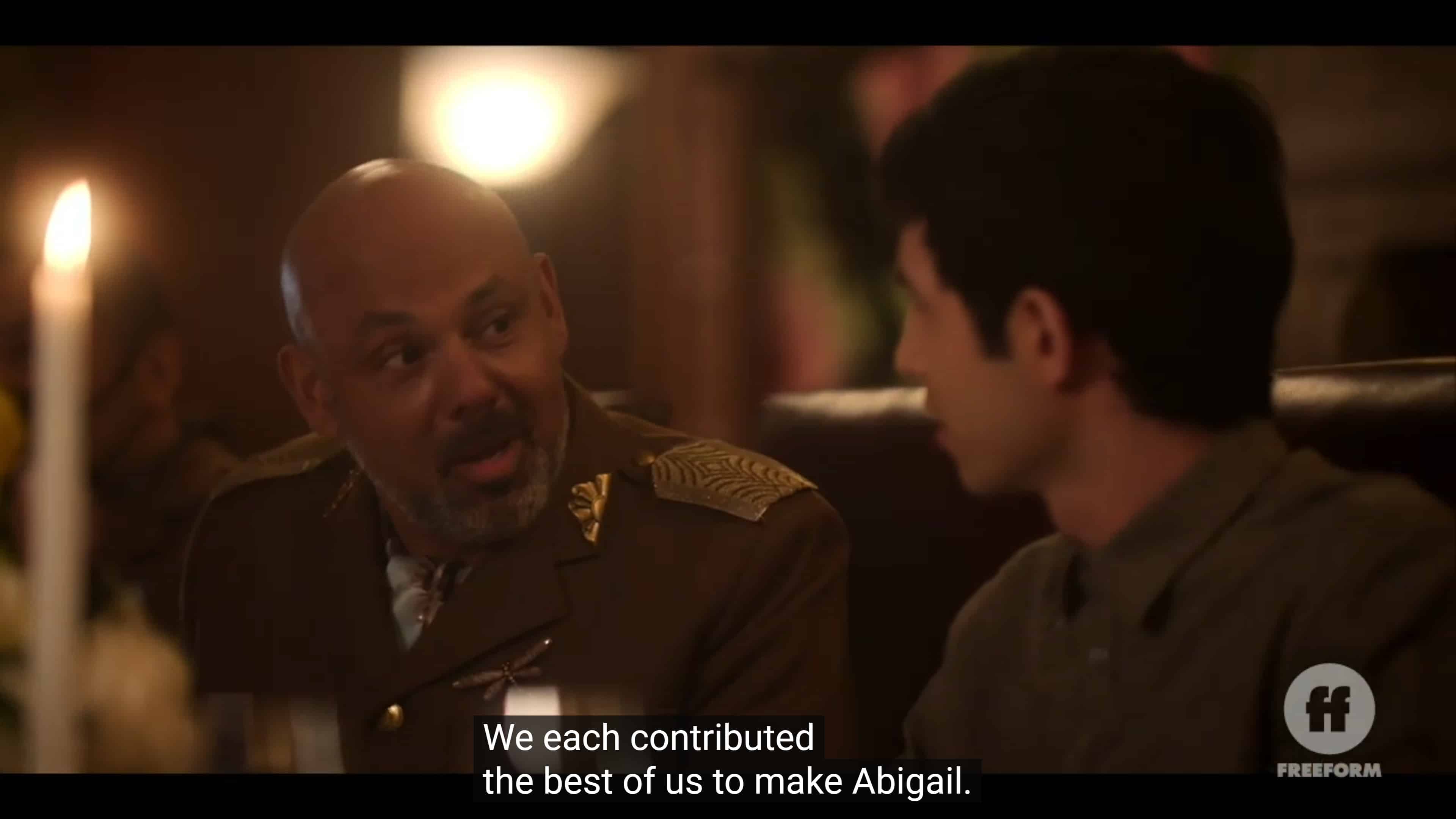 So, while Abigail’s storyline is a bit more tame, it is because while Tally is looking into the past and Raelle presenting the future, Abigail represents the present which does a disservice to female witches. Motherland: Fort Salem: Season 2/ Episode 6 – Recap/ Review (with Spoilers)
Trajectory: Plateau
Perhaps the big-time struggle which comes with being a fan of any program is trusting that there is a long-term plan. With Motherland: Season 2, the pacing has been admittedly frustrating, but as we slowly begin to see the payoff, apologies need to be said.
Highlights
They Almost Got Adler
Nicte Is Very Interesting
Understanding The Process Of Continuing A Line
Disputable
84
You Might Be Interested In