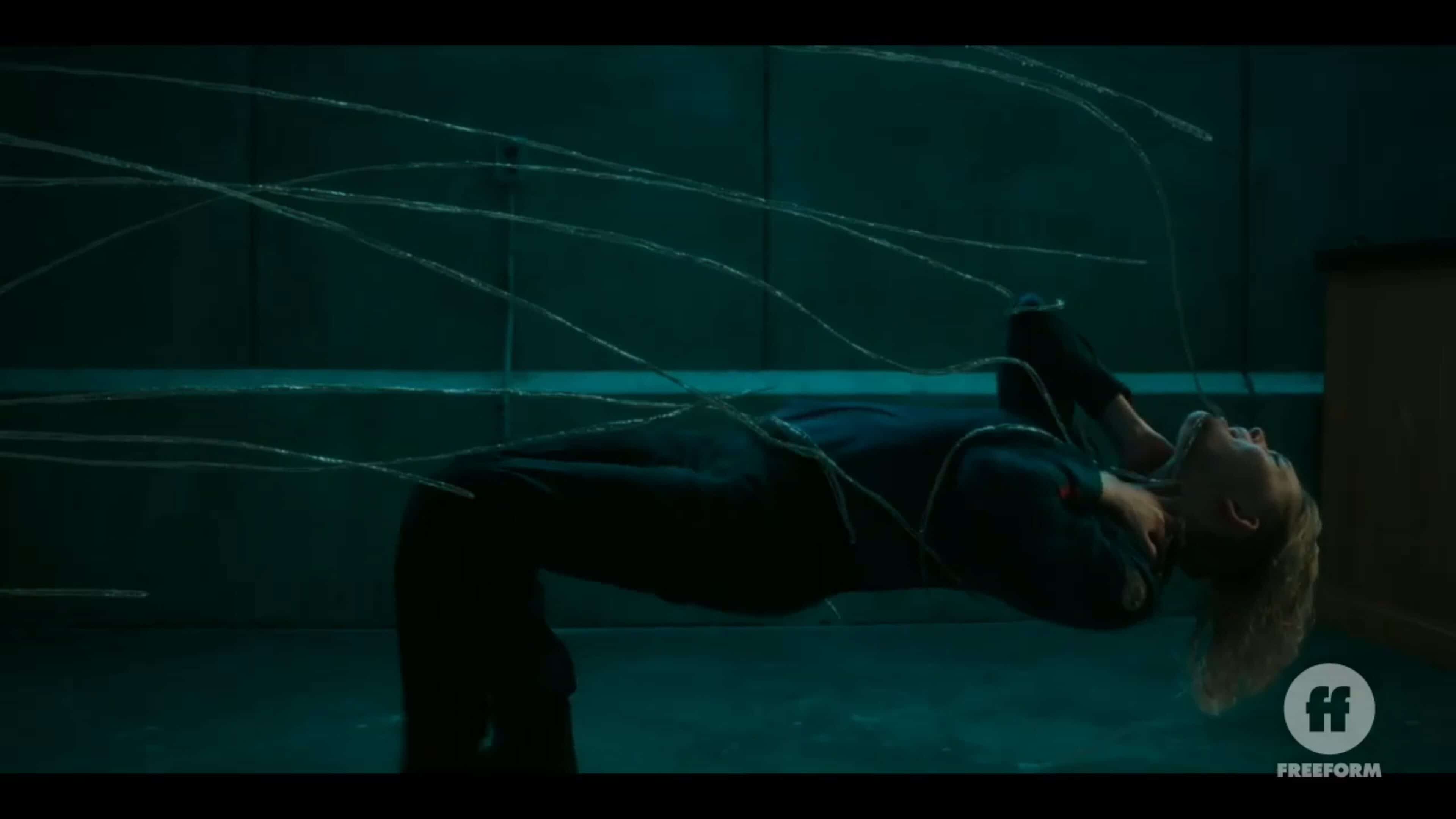 As the cadets are reminded of their limited reproductive rights, Raelle proves herself worth more than her uterus, Tally learns more about Nicte, and Abigail? She is fighting for autonomy.

What Are These People Planning? – Jack, Shane, Anacostia, Scylla

At this point, both Scylla and Anacostia are growing tired of just watching and listening in. Anacostia makes a push that alerts Shane that he is being watched, and she is aware of his contact with Shane. This upsets Scylla a bit, but no sooner than her trying to be rogue and use the Spree’s face change trick to stalk Jack, the man who hands Shane money, does she get discovered.

Now, thankfully, before being discovered, she finds out Jack is going to schools to learn about new witches being discovered. Also, after being discovered, lucky for her, Anacostia isn’t as sensitive to the sounds the Camarilla use to immobilize witches, so she can destroy the device and beat Jack within an inch of his life.

Thus leaving you to wonder, is their cover officially blown now, or will they still collect intel together?

The Quest To Be Exceptional – Abigail, The Imperatrix, Tally, Raelle, Adler, Izadora

The Imperatrix, whose job appears to be finding witches the best match to strengthen their line, and future powers of witches, comes to war college and rubs many the wrong way. Raelle, with being lesbian, has no interest in procreating with a man, which makes her work with Izadora and General Adler a blessing. Granted, she is being tested and shown off like a prize pig, but between that or strutting to get paired with some man? It’s the lesser of two evils.

As for Tally? She is okay with the “Paragon Reception” yet is also a bit uncomfortable with the whole idea. Is it because the last guy she really liked belong to someone? Maybe. But, either way, she finds herself alone when Abigail decides to prove her worth is beyond her family name and uterus. So, she tries to outdo her ancestor Jem Bellweather, a legendary witch, as a means to not only rebel but prove herself as an individual whose life shouldn’t be dictated by a stranger or some strange sense of duty.

Tally seeing visions of Nicte, more and more, are making her idealization of General Adler lesson. But what really takes things to the next level is when she realizes General Adler betrayed Nicte and possibly let some die due to using non-canon magic.

Now, what spell or device was used? Tally can’t say. However, she can’t just receive these visions and do nothing anymore.

It’s weird in a way, from the President to General Adler and the most important people within witch society, they are all women, yet there is still this toxic masculinity vibe there. Be it that one of the imperatives for each cadet is producing more witches before they are off to war or being damned if they dilute the blood. Never mind, if you are like Raelle’s mom, and choose to be with one man, it can be seen as a betrayal since, going by what we saw at that Bellweather wedding, your relationships aren’t supposed to last. Yes, women may hold the power, but at the end of the day, all that happened is the glass ceiling got moved up a few floors.

And really, it is so interesting to see for it presents this weird dynamic. These young ladies, the most powerful beings known to humanity, whose governments rely on them for peace and protection, can’t escape a “duty” to have children. Yes, for a hot minute, you are encouraged to have sex freely and perhaps get it out of your system once a year, but after that, your autonomy belongs to your government, your commander, your family name. This pushes us to wonder, with seeing Scylla and getting to see a side to the Spree that isn’t terrorist, with General Adler increasingly being forced to coerce the President to do as she needs or wants, will this mean a cultural shift?

After all, this system seems to be crumbling, and the Camarilla are an accelerant.

The Mystery That Is Nicte

Adler has lived for multiple centuries, and it is clear that, during that time, like the creation of biddies, she has found ways to survive and thrive to the best of her abilities. But as noted in season 1, and shown from her manipulating President Wade, likely more than we know, she isn’t above underhanded tactics.

So when it comes to Nicte, there is a need to wonder if this will expose Adler’s various tactics to cover up her indiscretions. Heck, alongside that, the question of whether this will become one of many people Adler erased that Tally will bring to light?

The Camarilla Will Come After Children?

With the Spree attacking malls and us seeing how far Adler was willing to go for a win, the Camarilla had to step up if they wanted to be taken seriously. That is often hard for shows to do since escalation is a dangerous game. However, members of the Camarilla potentially getting involved with kids and having families isolated or torn apart because a child is a witch? That’s a new low and one that presents a new high at the same time. For the Spree had understandable intentions – they were rebelling against conscription and control.

However, the Camarilla are like extremist who feel their country are being taken from them. 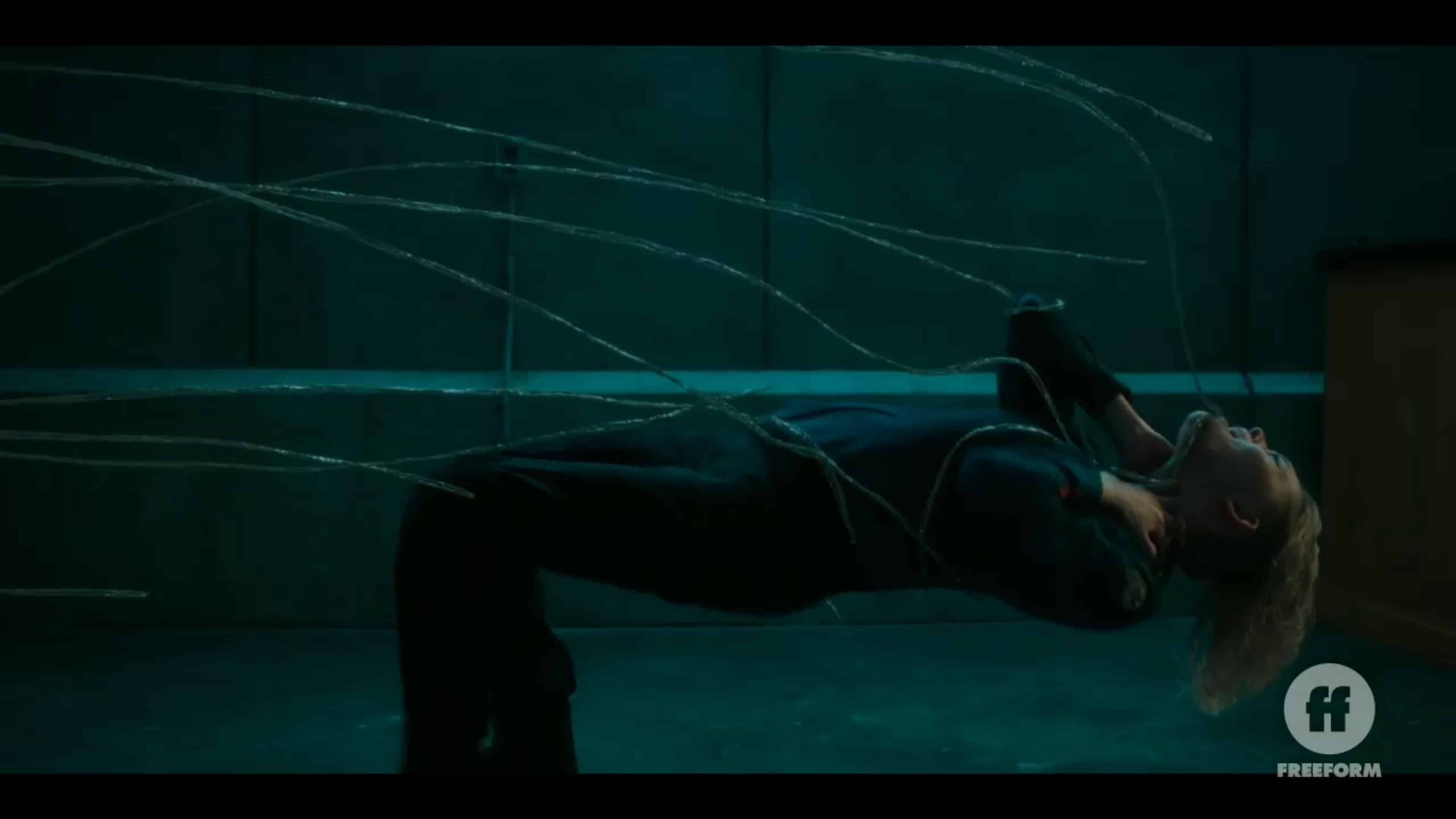 Motherland: Fort Salem: Season 2/ Episode 3 – Recap/ Review (with Spoilers)
Trajectory: Plateau
As it is further established that the Camarilla, Spree, and even Adler are all extremists in their own ways, each with a justify an ends to a means mentality, so are you drawn in.
Highlights
A Matriarchal Society With Patriarchal Values
The Camarilla Will Come After Children?
The Mystery That Is Nicte
Disputable
84
Follow Wherever I Look on Twitter and Instagram, Like us on Facebook, and Subscribe to the YouTube Channel.