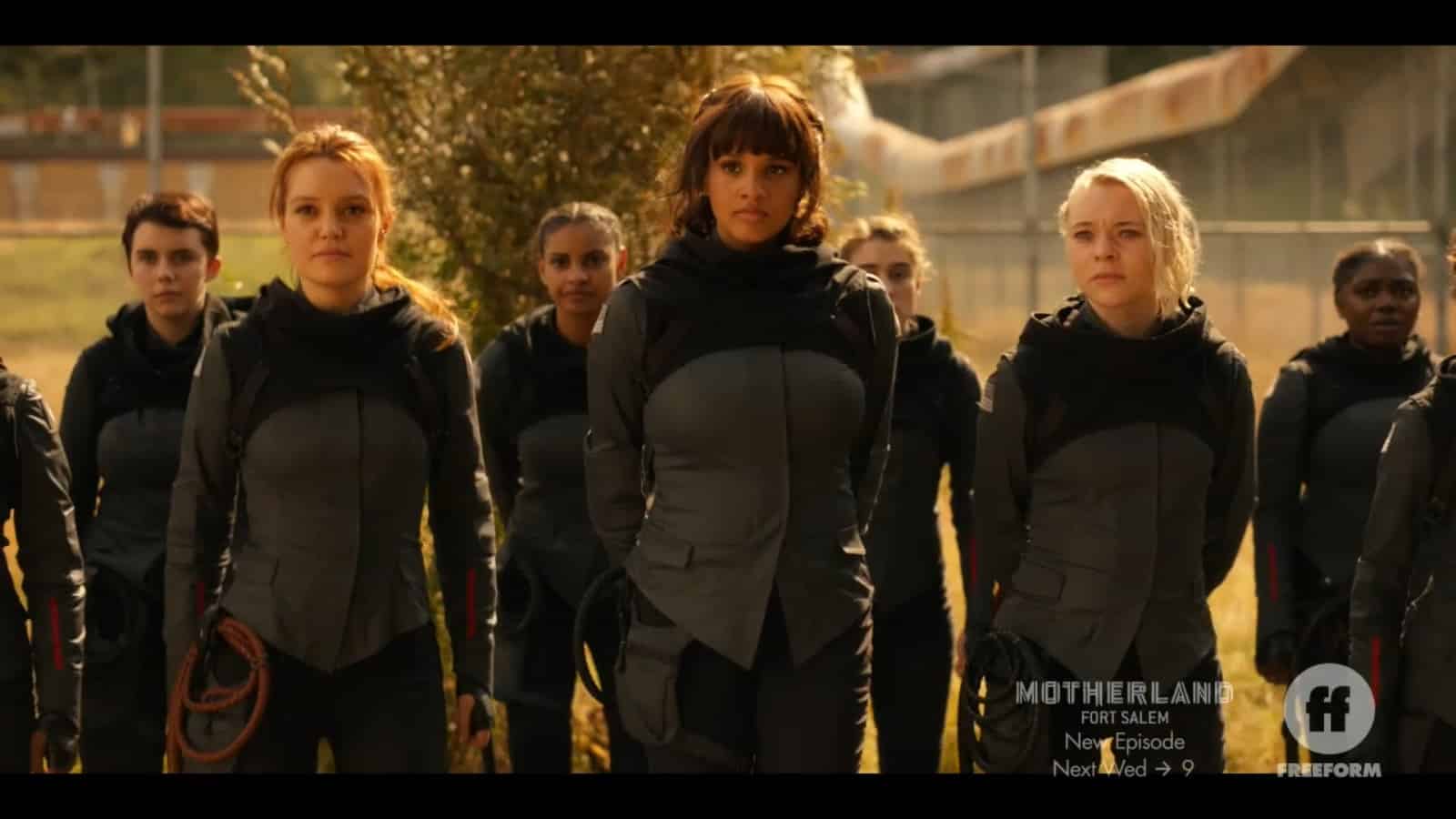 Death hits the Bellweather unit as they are sent on their first mission and forced to face the reality of being soldiers.

What You Think You Saw – Tally, Raelle, Abigail, Anacostia, Helen

While, initially, Citydrop was supposed to be a test to determine if this round of cadets were ready for War College, it becomes much more. However, before we get to that, we must mention Tally’s secret involving revealing Scylla was a member of the Spree gets out. As you can imagine, this upsets Raelle for she questions how Tally could say something like that about her girlfriend, and then Abigail adds in why didn’t she know since she lost a family member to them.

This causes some discord amongst them with Tally feeling ostracized, Abigail not in control of her unit, and as for Raelle? Well, she is hell-bent on finding Anacostia. However, in that process, she encounters Helen, who advocated for Scylla. Well, at least Raelle thought she did. The honest truth is that someone, a Spree, masqueraded as Helen and the Spree having such an ability seems to be new information.

Either way, Raelle’s faith in Scylla is rocked as the evidence mounts against her.

What It Means To Be A Soldier – Abigail, Tally, Anacostia, General Adler, Libba, Raelle 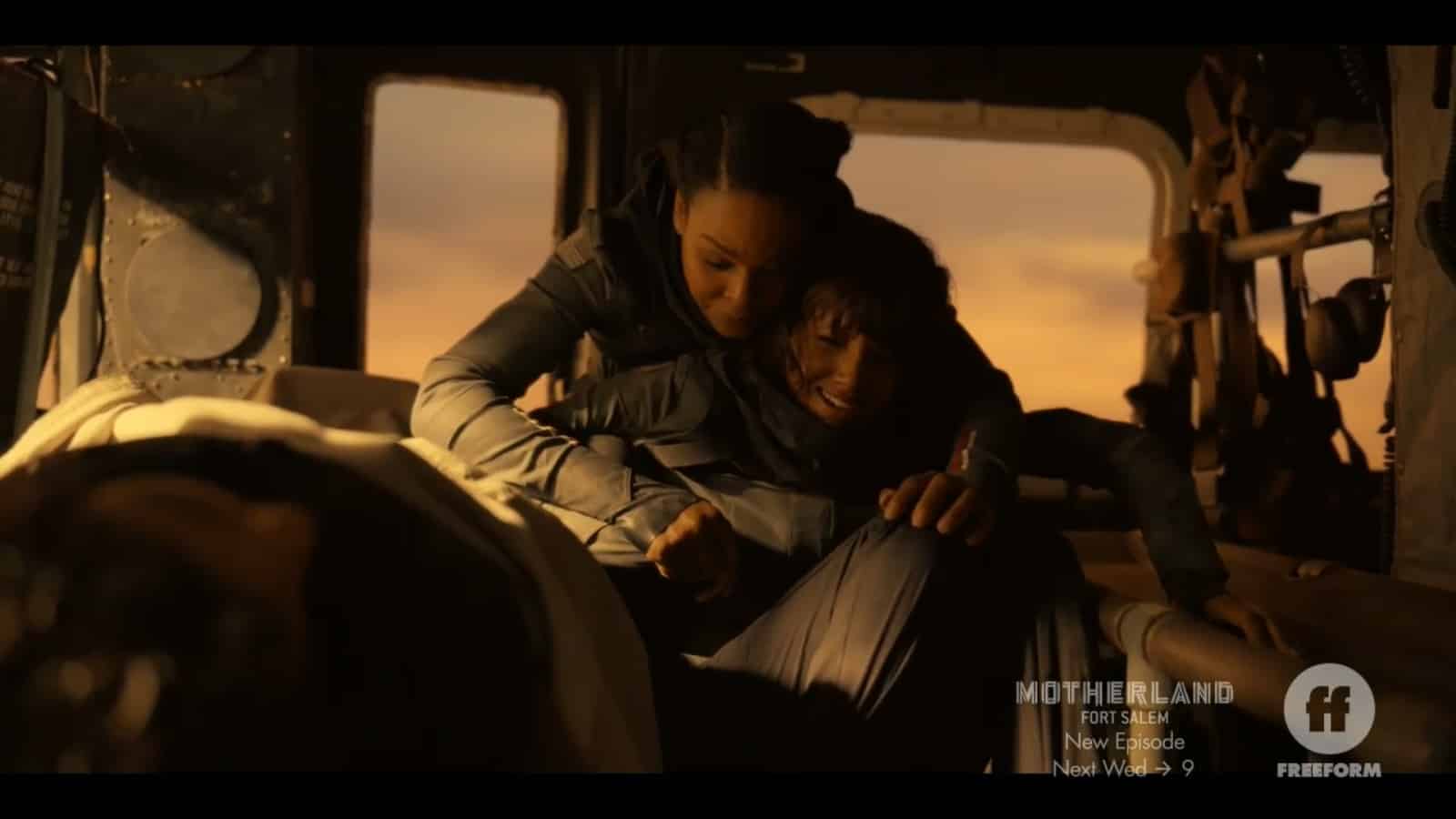 Getting back to the notion of Citydrop becoming something more, well, it goes from training to a real mission. You see, using the information gained from Scylla, General Adler has a strike team head to the Baylord Auto Plant in Middlebury, Vermont to attack the Spree. Thing is, be it a mole or them knowing they were found, the Spree were well prepped and the strike team dies in an explosion which takes out the entire building.

But, there are two trucks heading towards Boston, and that happens to be not too far from Citydrop. With that in mind, Anacostia is ordered to send in the cadets, and while capable, it is hard to say whether they are ready for what is being asked. Not just in terms of their magic, but also the sacrifice. For while the training exercises at Citydrop lead to violence, including Abigail going off on someone, likely due to being triggered, it doesn’t prepare them for two major things.

The first is that Tally discovers the Spree have hostages, and despite that, General Adler orders them to destroy the convoy, which holds a bomb, anyway. Alongside that, while the 1st vehicle is easily handled and its driver taken out by Raelle, meaning no casualties, the same can’t be said for the vehicle with the bomb. The said vehicle, in its destruction, kills Libba. Someone who was doing excellent in the trials and exercises, and even making peace with Abigail. Mind you, likely short-lived, since they are rivals, but peace nonetheless.

However, due to the debris of the bomb slicing up her heart, no fixer could save her. Leaving Abigail a blubbering mess for even if they butted heads, which each move towards mutual respect, they slowly, but surely, became friends. And at this point in Abigail’s life, losing more people she’s known for a notable portion of her life is too much.

But, in her misery, once again, she finds Adil having good timing. For as she comes to realize the military isn’t all it seems, and she is forced to realize how naïve she is, it’s like she is finally coming to understand what Adil was speaking on before. And with cuddling, it seems their bond grows stronger. As for the others? Well, both Tally and Anacostia seem to be losing faith as much as Abigail. Tally in her sight being completely ignored and General Adler hiding what happened and Anacostia? Well, like many who General Adler relies on, she increasingly raises an eyebrow at her decisions, and he means of handling things thereafter. Leaving you to wonder, how long will it be until there is a coup or General Adler is forced to step down?

Watching someone who romanticized a person or institution come to see the reality of it is hard in real life, but entertaining when watching fiction. And what “Motherland: Fort Salem” does is give us that deconstruction from three different perspectives. We have Tally, someone who voluntarily joined the war effort, and her coming to realize what she signed up for. Who she is aiding in what she thought was a noble cause when it is anything but that.

Then there comes Anacostia. She grew up in the academy, likely indoctrinated on a level that rivals Abigail, but is in a power position. One that forces her to realize that, any power or influence she believes she has, it is only over the powerless. Her word, her thoughts, her opinion, if it doesn’t validate General Adler’s, then it is taken as having little value.

Leaving Abigail. As noted, the Bellweather family is one of the oldest and most powerful for they were General Adler’s first recruits. One could even assume that what may have got them out of slavery was finding a better use for them than being on fields, and that gave them the social mobility other Black Americans didn’t. Of course, this is an assumption for, outside of the After Shows, there is nothing else to use a means to get backstory – the unfortunate thing about sci-fi and fantasy shows with no literary source material.

That aside, Abigail’s family overcame oppression thanks to General Adler, Abigail was raised on the merits of the military, and yet look at what she is fighting for. It makes you think and wonder, assuming the civil rights movement happened, does it ever go through the Bellweather family how they are enforcing oppression? That they are the symbol of privilege and dominance while deserters, the Spree, even Tarim witches, are under the weight of a system that considers even someone as young as Libba as disposable?

To be honest with you, if or when we do a season review, I think one of the few low points might be it not being developed where history broke off and how the culture of “Motherland: Fort Salem’s” culture differs from reality. Here is our issue, Libba’s death, on paper, meant something, but I feel like she wasn’t built up enough for it to be the gut punch is was meant to be. What we saw in this episode, Abigail giving Libba props, and showing, despite generations of issues, they could end the drama, that needed to be developed way before this episode.

But, alas, it wasn’t. Libba was just a rival who, on the rare occasion, had something smart to say and get a side-eye, and that’s it. Or, when talking about her family’s role in a battle, she got taken down by Abigail, who told the version of the event her family spoke. And it is in not really fostering that rivalry and the disconnect between their families which takes away from the devastation. Leaving Libba’s death barely above Porter’s.

The Fight Against The Spree

I fully expect one of the main characters to become Spree, if not tasked with infiltrating their ranks. There is just too much potential there for them to remain a bunch of nameless faces who cause havoc. And while we do believe an air of mystery always helps villains maintain their luster, there is a need to question how advantageous is it to face a name and a symbol, and maintain the Spree having no representative?